Pal-V will fly their concept vehicle, dubbed 'the Liberty', around the world in 90 days. The journey will start and end in San Francisco.

The future is here. Mark Jennings-Bates from PAL-V International is planning to circumnavigate the globe in a flying car. PAL-V is a Dutch company formed in 2001 with the aim of creating a vehicle that is suitable for both the road and the sky.

The team made numerous iterations on their concept before making a breakthrough in 2005. Their current concept vehicle is called the Liberty. It has a range of 1,315 km in driving mode and 499 km when flying. This relatively short range means one of the biggest challenges of the expedition will be to manage the fuel levels. The team has pushed the limits of the Liberty’s fuel range in test flights over Greenland. The pilot on that test has reportedly told Jennings-Bates that the need for constant fuel monitoring and part of flying the car is “the most nerve-wracking experience you’ll ever have.” 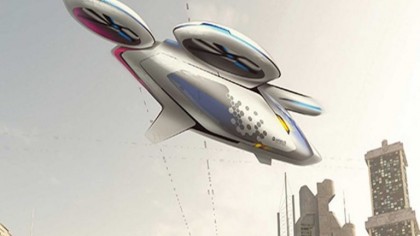 Jennings-Bates will leave for the epic journey from San Francisco and return to roughly the same place 90 days later. Although the company suggests the round trip could be done in as little as 60 days. Jennings-Bates will be accompanied by another pilot in a similar Liberty model who will also contain a film crew that will document the record-breaking adventure. The company hasn’t released the exact dates of the journey yet but reports from inside the company suggest the plans are well underway.

While it took a long time for the company to develop their concept vehicle it is now going from strength to strength. Jennings-Bates explains, saying, “We’ve really just innovated two older products, put them together, and created something new that works within today’s rules.” This rule-abiding technology is called “DVC tilting”. It allows safe driving while still allowing for the body of the vehicle to have a high center of gravity and thin aerodynamic shape necessary for flying.

This technology has been joined with the technology of a Gyroplane. A Gyroplane uses an unpowered rotor in autorotation to develop lift, and an engine-powered propeller to provide thrust. By merging these two technologies PAL-V have been able to create a vehicle that is both safe to drive and easy to fly.

The concept was first successfully tested in 2012 and from there the company has gone into production mode. The liberty is available for pre-order at a cost between $399,000 and $599,000. The first orders are hoped to be delivered sometime in 2018. PAL-V wants to create a vehicle that has broad appeal and applicability by making it very safe and also very easy to learn how to use. Jennings-Bates describes the Liberty, saying, “Whilst it looks like a helicopter, it’s actually much more simple than a helicopter. If you talk to a gyroplane instructor, they’ll often tell you they have students who can fly solo in 5-8 hours of training.”

While it may be easy to learn, to fly the Liberty, the operator will still need to have both a drivers license and a pilot's license. This may prove to be a major setback in fulfilling the company’s dream of making flying cars a ubiquitous sight in cities around the world.