This Fungus Can Cripple the Immune System and It Is Everywhere

New research is seeking to understand a dangerous and near-ubiquitous fungus.

Aspergillus fumigatus may sound like a Harry Potter enchantment, but unfortunately, it is something far scarier. It is a near-ubiquitous species of fungus that wreaks havoc on people suffering from immunodeficiency.

SEE ALSO: SCIENTISTS HAVE FOUND A FUNGUS THAT FEEDS ON PLASTIC

You may have seen it before, and not even took notice. It shows up as a dark grey substance on damp walls or, worse, it blows through our air as microscopically small spores that cling to everything around us.

It does not affect healthy people but those with compromised immune systems, have much to worry about. Unfortunately, thus far, little was known as to how the fungus becomes so dangerous.

More specifically, the researchers have uncovered that it is gliotoxin that creates the pathogenicity of Aspergillus fumigatus. Gliotoxin is a sulfur-containing mycotoxin that is produced by several species of fungi.

"It was known," said study manager Werz of the Institute of Pharmacy at the University of Jena, "that this substance has an immunosuppressive effect, which means that it weakens the activity of cells of the immune defense system." But what was missing was the how.

The first line of the immune defense system

To study this effect, the researchers exposed immune cells to synthetically produced gliotoxin. But they didn't test just any immune cells. They targeted white blood cells called neutrophilic granulocytes that serve as the first line of the immune defense system. 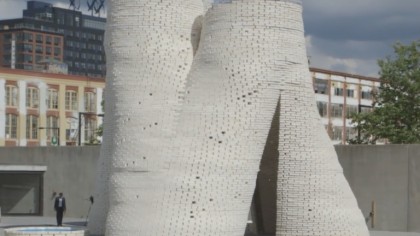 "Their task is to detect pathogens and eliminate them," explained Werz.

Neutrophilic granulocytes protect against pathogens by releasing messenger substances called leukotriene into the blood and attracting other immune cells. When enough immune cells come, they render the pathogen harmless.

However, this process is thwarted by Aspergillus fumigatus' gliotoxin. When present, this mycotoxin stops leukotrienes from being produced. The neutrophilic granulocytes, therefore, can no longer call other immune cells for help.

"This interrupts communication between the immune cells and destroys the defense mechanism. As a result, it is easy for spores - in this case, the fungus - that enter the organism to infiltrate tissues or organs," said Werz.

Although the research reveals the functioning of this dangerous mycotoxin, no solution has been proposed for fighting off the fungus that carries it. However, it does offer a first step in understanding the fungus' dangerous effects that may hopefully one day lead to a treatment.

The study is published in the journal Cell Chemical Biology.