This Google App Matches Your Selfie With Famous Paintings

Google's Art and Culture app continues its rising popularity, but the app draws considerable concern according to a few users.

A popular app from Google has taken the world by storm by matching a user's face to one found in a famous painting. Some of the likenesses are eerily similar; others, however, are laughably off.

Google’s ‘find your face in art history’ app is pretty crazy. Not a bad match - wish I could grow a mustache, though. pic.twitter.com/3TAfAaQ1zi

It's gaining traction largely because of its immediate success and its growing ubiquity on social media. It seems like nearly everyone with a smartphone is trying to discover their famous painting doppelganger -- even if it's a painting they've never heard of before.

What many fail to realize is that Google launched the app and corresponding page online in 2016. Originally, it allowed anyone to access the artwork displayed in hundreds of museum databases worldwide.

I downloaded the Google Arts & Culture app so I could do the fun selfie game, but it's not available to me for some reason, so now I'm just stuck with this incredible educational resource that I can use at any time. Ugh!

However, last month's update added selfies to the mix and from then on, the app took off.

In order to discover their own 'portrait' amongst classic art, users download the app, upload a picture of themselves into the system, and let Google scan the databases for a potential match. While the app is completely self-serving on the end of the user, some have pointed out that it could be serving the better interest of Google's data acquisition.

"When you take a photo with this feature, your photo is sent to Google to find artworks that look like you," a message read from Google to app users. "Google won't use data from your photo for any other purpose and will only store your photo for the time it takes to search for matches."

However, it's important to note that Google tracks data in a variety of ways. And even though these images might be safe, other apps don't offer the same level of security in their photo analysis.

Other problems also exist within the app. For users outside the US, it doesn't seem applicable. Users in the United Kingdom have reported it impossible to upload their photos or even download the app. 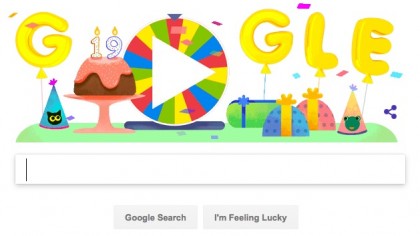 An even bigger problem could lie in the algorithm itself. A number of users have noticed a distinct lack of racial diversity amongst answers. Sure, white people can have a fun and easy time trying to let a computer decide on their historical painting doppelganger.

However, that pleasure is normally restricted to just them until either the algorithm is changed or the number of paintings from artists of color with other people of color as subjects are added. At this time, there are only 70,000 pieces of artwork available to Google for the app. These museum databases traditionally were painted by and feature painters who were predominantly white. Could this be a prime example of the larger issues AIs will have to face as we continue relying on them given our flawed, human programming?

Via: NPR, The Independent