This Google 'ML' Program Could Save You From Restaurant Food Poisoning

Alongside Harvard, Google researchers have created a program that is more accurate at identifying potential sources of foodborne illnesses than traditional methods.

Picture this scenario. You go out to dinner with your mates at a restaurant that you have never tried before after a long week of working. Well, after a delicious series of courses, and some pints, you and your friends start to feel very sick. 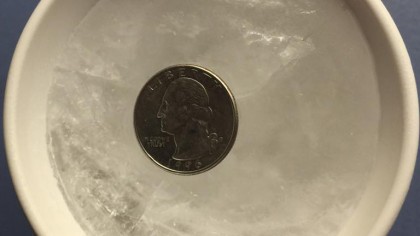 Like being hit with a brick, you and your friends show all the tell-tale signs of food poisoning and are in store for a long night and, potentially, a long next couple of days.

Food poisoning is far more common than you may think. If anything, you have either known someone or have had the unfortunate opportunity of getting sick from eating food. At least once a year, a major food chain, small restaurant or supplier has to temporarily shut down food production because of an “outbreak”.

No matter where you eat, you truly never know what to expect. However, a group of innovators from Google and Harvard may have found a way to ease your concerns the next time you go out to eat at that “riskier” restaurant.

The tool identifies search queries that center around food poisoning. Then, FINDER looks up restaurants that the users have recently visited. Finally, the tool look up other users who have visited the restaurant and may have put through the same queries.

To tackle any search term ambiguity, FINDER uses a machine learning classifier that leverages other additional information or patterns in users that may also indicate food poisoning - increasing the ability to identify illness searches within 85 percent accuracy.

The Google and Harvard Solution

As stated by researchers working on the project, “The FINDER approach is more robust than individual customer complaints, as it aggregates information from numerous people who visited the venue.”

FINDER has already been tested in two major cities Las Vegas and Chicago with some impressive results. In conjunction with the health departments in the cities, FINDER was able to identify dozens of restaurants in the cities that have broken health code violations or that were potentially unsafe for customers.

Even more so, FINDER outperformed more traditional complaint based health issues, because of its precision, scale, and a significant decrease in latency, creating a 68% better improvement in identifying health risks.

Though there still needs to be a lot of work done on the Harvard and Google program, results look promising and could be a huge aid in the age-old, weekend question, “where should we eat tonight?”

Make Your Own Bluetooth Speaker From Scratch With This Guide