Creating robotic hands can prove to be quite a challenge. The difficulty is usually because there are two main issues that need to be addressed before the hand can be made. The first one is the form of the hand - how do you we want it to look like? The second is the range of functions the hand should be able to perform. 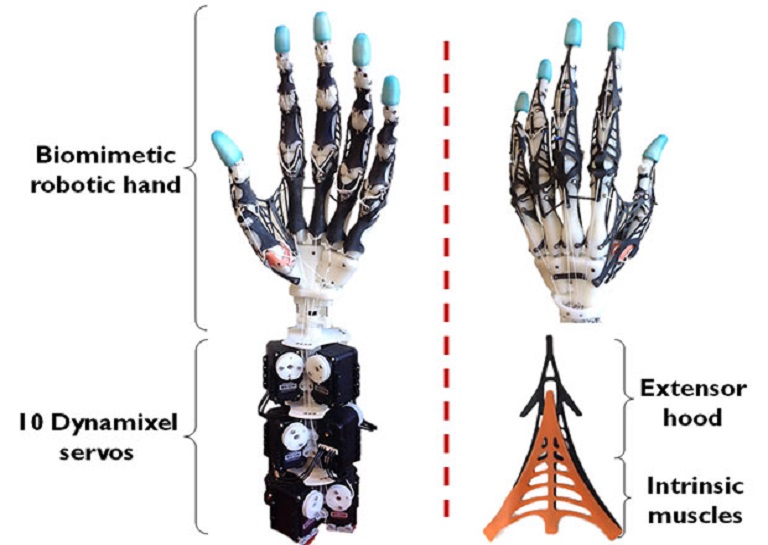 Tackling these two issues is almost like a paradox. If we manage to make a robotic hand that has a wide range of functions, chances are the hand will look very unattractive. Similarly, a decent looking robotic hand is not expected to be able to perform complex tasks.

Given all these pieces of information, the work by a group of researchers from the University of Washington suddenly looks much more impressive. What they tried to do is create a robotic hand that not only looks very realistic, but it also performs complex hand movements with an incredible amount of precision.

They started building the robotic hand from basically nothing, taking a laser scan of the human skeleton and using that to build bones with a 3D printer. They also used Spectra strings to replicate the effect of joint ligaments and help with the stability.

As for the muscles, ten Dynamixel servos routed with cables were used in order to replicate the carpel tunnel, just like the human hand. The result of this is a very realistic robotic hand that can mimic the movements of a human hand with incredible accuracy. 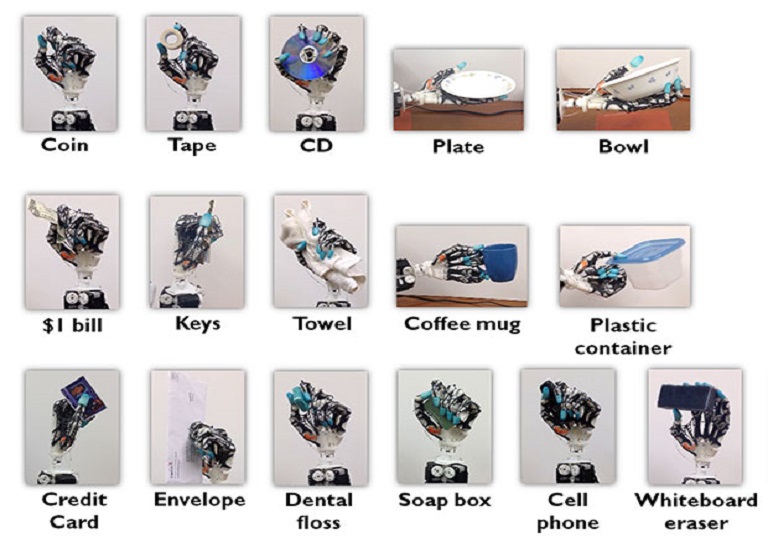 As opposed to other robotic hands that have predefined movements as written by a programmer, this one moves in a very unique way. All you have to do is wear a special glove and move your hand as you wish. The robot should be able to mimic your movements with relative ease.