This Housing Developer Wants to Create a Driverless Town

Electric driverless Shuttles and Cars will be taking you from point A to B in the near future changing the way you experience transportation forever.

Driverless vehicles will change the world. Well established automotive companies, as well as ambitious start-ups, are eager to bring into fruition the coming age of fully autonomous vehicles. 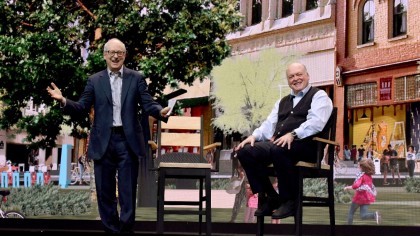 Ford's Smart City Will Connect Everything to Create a Technological Utopia

To fully make the leap into the driverless world an ecosystem needs to be put into place to facilitate these vehicles. As seen from one of the major trends from CES 2018, smart cities will connect vehicles and people to the surrounding environment to create a more sustainable and less congested world.

Housing developer Syd Kitson has already laid the foundation for his own driverless eco-friendly smart city.

With a seed of an idea twelve years ago, Kitson purchased a Florida Ranch almost five times the size of the Island of Manhattan. Starting off, Kitson turned part of the ranch into a wildlife preserve. Then after sitting on the property for a little bit Kitson sold most of the reserve, taking the remaining amount and building the area now know as the Babcock Ranch. The ambitious project includes a solar farm to take care of the town's daily energy needs as well as rain gardens, an irrigation system that uses recycled water, and includes fifty miles of trails. With the first residents to move in this winter, the town includes restaurants, stores, a school, and 20,000 homes as well as six million square feet of commercial space.

Families are starting to move into what is being called America's first solar-powered town. Babcock Ranch, about half an hour northeast of Fort Myers, Florida, is supposed to produce more energy than it consumes once it's finished: pic.twitter.com/Y0kJFHQ0uf

As described on the developer's website, "From expansive public green spaces and trails to utility-scale solar generation and a gigabyte of fiber-optic connectivity standard to every home and free wi-fi everywhere you may roam, it’s a place where families can benefit from the most advanced technologies, then walk out their doors to reconnect with nature and neighbors."

The Babcock vision does not end there. Kitson wants to make driving a thing of the past for his residents. In the near future, the developer intends to invest in a network of self-driving electric shuttles. The shuttles will do a host of things for resident take passengers across to town to complete a daily task or to simply go for a ride. As stated by Kitson, “We’ll be able to turn parking areas into parks and really change the way that people go from point to point.”

Be sure to watch the #BTS video on our autonomous vehicle project. Link in bio. ? ? #MakeTheMove

Some of the benefits of driverless vehicles go beyond just parking benefits and even Babcock Ranch. Driverless vehicles could help people have more free time, deal with congestion issues that plague the city as well as potentially bring the cost of living down.

What do you think of the Babcock Ranch?

Via: The Telegraph, Babcock Ranch

Sweden is Moving Its Northernmost Town 2 Miles East. Here's Why