This Is the First Walking Robot That Navigates Without GPS

The robot inspired by ants can navigate its environment and return to its base without GPS or mapping.

Desert ants are such exemplary navigators that research has stipulated; they use the Earth's magnetic fields for orientation. One thing is for sure, ants always find their way home.

Now, researchers took inspiration from these tiny insects to design a robot that can move independently and then find its way back to its base without any GPS or mapping. They have appropriately named it the AntBot.

Engineered by CNRS and Aix-Marseille University researchers at ISM, the Ant Bot functions by mimicking the desert ant's capacities.

"It is equipped with an optical compass used to determine its heading by means of polarized light, and by an optical movement sensor directed to the sun to measure the distance covered. Armed with this information, AntBot has been shown to be able, like the desert ants, to explore its environment and to return on its own to its base, with the precision of up to 1 cm after having covered a total distance of 14 meters," says the organization's press release.

But how does this complex optical compass work? Just like ants use the Earth's magnetic fields, this compass is created to be sensitive to the sky's polarized ultraviolet radiation. As such, the researchers have dubbed it as a "celestial compass."

Using this innovative tool, the AntBot calculates its heading with 0.4° precision. It does so even in cloudy weather when the sun's rays are minimized.

The robot is also light weighing only 2.3 kg. Furthermore, it has six feet for increased mobility. The hope for this special bot is that it can be used where other robots and drones cannot go.

Wheeled robots and even drones can struggle in certain complicated environments such as disaster areas and even out in other planets. 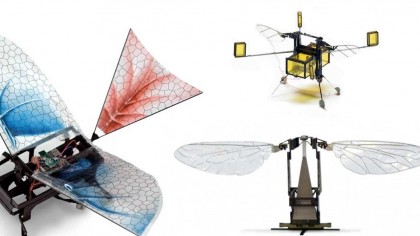 The invention also holds promise for new and novel strategies for navigation in autonomous vehicles and all robotics. However, there are still issues to work out.

The robot can not travel long distances and can not function at night when there is no light. Still, its creation is not only for being a world first for robots it's also a specific advancement in optical sensors.

The celestial compass was made with only two pixels combined with two polarized filters. This intelligent technique created the equivalent of an optical sensor composed of two rows of 374 pixels.

Furthermore, the researchers devised of a method of turning the filters mechanically. This reduced the sensor's cost from over 78,000€ to only a few hundred euros.