Artist Chiara Vigo makes unique and intricate designs from sea silk, a rare product of the sea native to her island of Sant’Antioco, off the coast of Italy’s southern coast. The work is the result of a centuries-long family tradition which the artist fights fiercely to protect.

On the island of Sant’Antioco, just off the Italian coast of Sicilia sits Museo del Bisso, home to the artist Chiara Vigo who makes truly unique works of art from a rare product extracted from the sea referred to as byssus, or sea silk. When one understands the intricate process and work involved in harvesting the sea silk and transforming it, it becomes clear why Vigo is believed to be the only living person in the world able to produce items made from sea silk.

The process starts with Vigo making several dives to harvest the sea silk from molluscs—the result of the mollusc's saliva reacting with the salt water in the sea produced keratin, the basis of the sea silk. The sea silk is derived, incidentally, is highly endangered, which makes it fortunate that only Vigo may be using it. The magic begins, however, after the sea silk is harvested.

The fibers are desalted, dried and prepared for the enormous task of separating the fine sea silk from the thick clump, which is where her fifty years of experience, precision and attention to detail become invaluable. The silk is then threaded and woven on a loom which has been used for more than 200 years in her family.

The weaving and dying process can take any time from a few days to a few years depending on the size of the cloth and the combination of dyes used—the artist possesses in excess of not only 100 dye combinations, but also more than 140 patterns, some of which she says she plans to never share. The result, however, is the same: a unique piece which glistens like gold when sunlight shines through it.

Vigo has a unique philosophy about the value of byssus: “Byssus doesn’t belong to me, but to everyone,” adding, “Selling it would be like trying to profit from the sun or the tides.” Vigo believes that the only conditions under which byssus can be given are as a gift.

Weaving sea silk is considered a great honor, and it involves a series of rituals passed down in the 1,000 years the tradition has existed in Vigo’s family. First, the next person in line to learn the process takes a vow to safely guard the information about how to weave the sea silk. Second, the person makes a vow to pass the knowledge of how to construct the intricate designs down to the next generation—only one person is chosen for this honor, usually a daughter, niece or granddaughter—and finally, the person takes a vow to the sea, to offer gratitude for the sea silk, and to promise to respect its value. 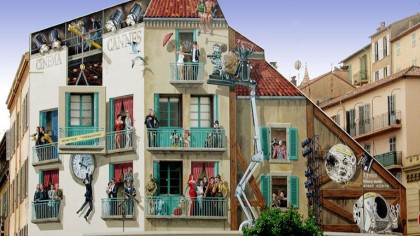 Vigo says of her commitment to the tradition: “My grandmother wove in me a tapestry that was impossible to unwind...Since then, I’ve dedicated my life to the sea, just as those who have come before me.”

As is the case of oral tradition and other traditions which are passed down over many generations, tracing origins accurately can be a challenge. In Vigo’s case, it doesn’t much matter. She is weaving not only sea silk, but a rich history which unites the women in her family and an ancient tradition which spans the ages.