A rare gene mutation for one Italian family means they can't feel pain. Scientists have figured out why and could use this information to help many others.

Scientists are using the rare genetics of one Italian family to research ways to combat chronic pain. The family has always had trouble experiencing pain, burns would go unnoticed, and temperature fluctuations wouldn’t bother them.

A group of scientist from the United Kingdom have been studying the family's lack of pain and think they may have found the gene responsible for their insensitivity. “Genetic analysis of a human family with Marsili syndrome, a rare and perhaps unique inherited pain insensitive phenotype, and mouse modeling have shown ZFHX2 as a critical gene for normal pain perception,” the authors write in the study published recently in the journal Brain. The name of the family’s syndrome is actually named after themselves. They are thought to be the only family in the world with such a syndrome.

The family members were put through rigorous and torturous sounding testing including being poked with blunt instruments on tender skin, touching both extreme hot and cold surface and dunking their bodies in freezing water. The unpleasant testing has concluded with the sequencing of part of the family’s genomes, that revealed a mutation in the “ZFHX2" gene. This gene is responsible for altering how Nociceptors, the pain-sensing part of nerve cells convert DNA code into protein-making instructions. 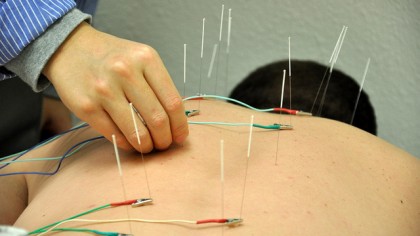 "We have spent several years trying to identify the gene that is the cause of this," molecular biologist James Cox from University College London told media. Armed with this information scientist have created mice without the “ZFHX2" gene in an attempt to unpack knowledge about it further. The mice without the gene had difficulty in sensing temperature which has contributed to the science community'a belief that it is a mutation of this gene that is the cause of the high pain threshold in the Marsili family. "By identifying this mutation and clarifying that it contributes to the family's pain insensitivity, we have opened up a whole new route to drug discovery for pain relief," says one of the researchers, Anna Maria Aloisi from the University of Siena in Italy.

The mouse, however, also displayed other unexpected symptoms like increased hyperactivity and some forms of /mouse depression’. The mouse experiment results, though providing some answers also cement the fact that understanding the experiences of pain are far more complex than identifying a single gene. The research will help scientists continue to discover the science behind pain. For the Marsili family, the condition is both a blessing and a curse. Their lack of pain means they have broken bones without noticing. "For example, [52-year-old] Letizia broke her shoulder while skiing, but then kept skiing for the rest of the day and drove home. She didn't get it checked out until the next day,” Cox explained. However, spokesperson for the family Letizia Marsili says it isn’t all bad: "From day to day we live a very normal life, perhaps better than the rest of the population, because we very rarely get unwell and we hardly feel any pain," she told media.