This Laser Printer Can Produce Vibrant Colors Without Ink

Exotic and vibrant colors naturally occur in nature because of pigmentations. But nature is also capable of displaying a whole spectrum of eye-catching colors through building nano-scale surface structures. Creatures with intricate physical aesthetics, like a peacock's feathers or the rich patterns on a butterfly's wings, achieve this kind of high color resolution due to the small-scale arrays of distinctly shaped objects on their surfaces. This naturally occurring color structure was exploited by a team of researchers from the Technical University of Denmark (DTU). They developed a laser printing technique that doesn't require ink.

A laser printing technique developed by Anders Kristensen and his DTU team is able to produce high-resolution images without fading away and without using any ink. The team constructed a material called metasurface, which consists of 60 nanometers high columns of plastic. The material's surface is painted with a coating of germanium, of only 35 nanometers in thickness, then semiconductors are placed on top of the pillars or columns. 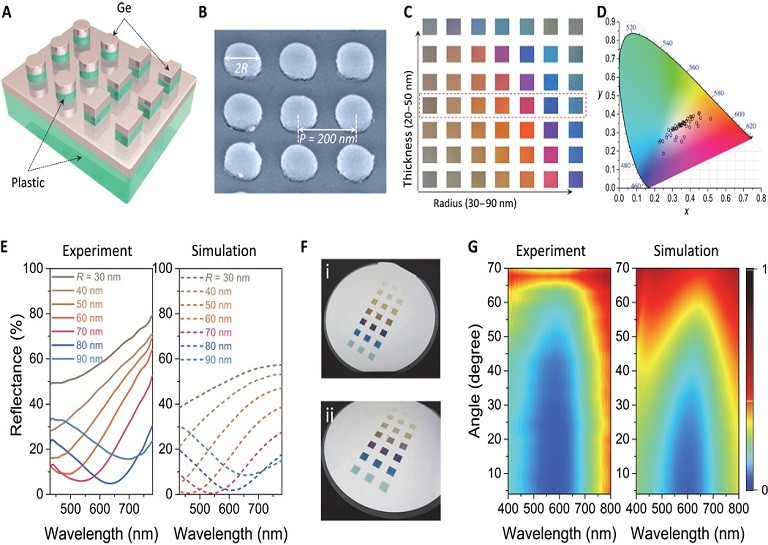 Kristensen's team then blasted the metasurface with a powerful laser that heats up each pillar to more than 1000°C for only a few nanoseconds. The germanium layer on the pillars' tip shifts in shape when heated and consequently changes the color of reflected light and thus a display of colors is revealed. Various laser intensities produce different wavelengths of colors. For example, low-intensity laser blasts will reflect blue light and higher-intensity blasts will give off reds and yellows. By calibrating the material's surface, each pillar can reflect a different color and permit various images to be printed.

The metasurface columns have a gap of only a few tens of nanometers, which allows the team to compact tens of thousands of dots of colors across every centimeter on the surface. On section C of the above photo, the displayed printed images are around 50 nanometers in width and have a resolution of 127,000 DPI (dots per inch). To get an appreciation of this level of DPI, an iPhone 7 screen displays only 326 DPI. One of the biggest advantages of this laser printing technique is that the produced image will never fade away as the colors are not created using pigments. One suggested application of this technique is to print security patterns or watermarks that will be impossible to get rid of.

One set-back of this laser printing technology is that it isn't capable of producing the color green. In the rainbow spectrum, green sits in the middle and would require the laser to blast and build a surface structure that will absorb both red and blue light. Team leader, Kristensen, is thinking of replacing the germanium coating with silicon as the material would reflect a slightly different color scheme when the pillars deform. Moreover, the blue and red colors produced by the current technique are dull and lack sharpness. 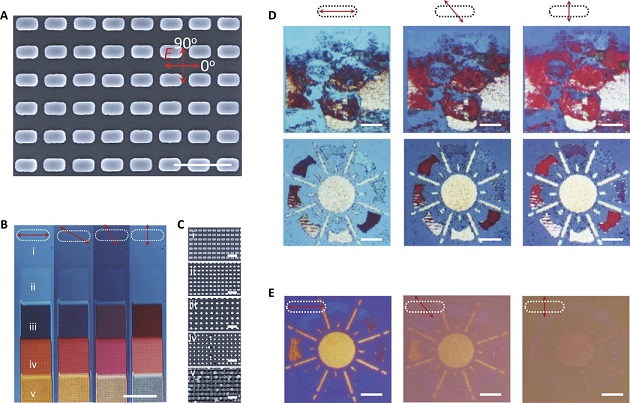 After being able to achieve the color green, Kristensen hopes to produce the full-color spectrum. The team is also looking to turn the metasurface material into a screen that will display dynamic images. But as of now, there is no way of storing moving images with very high-resolution in the metasurface material. So, the team is focusing on using their laser printing technique into other applications like customizing car interiors and making plastic recycling easier.