Clean drinking water is an increasingly major concern in many parts of the world, especially in hot, humid regions. Water-Gen is targeting humidity as a viable source of water for communities in these areas. 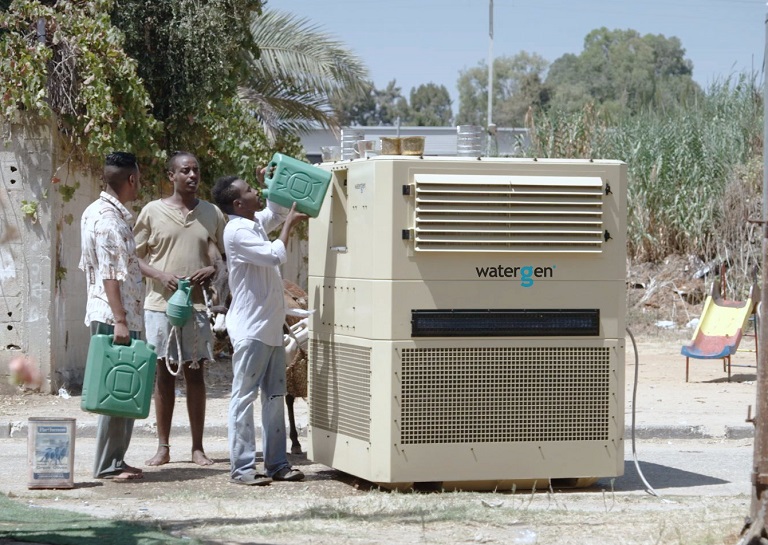 Water-Gen is a company with a plan: to bring drinking water to the world. Their water-from-air technology is designed to do this by taking advantage of the largely untapped resource of airborne water vapor in hot, humid regions of the world.

In an interview with Business Insider, founder and co-CEO of Water-Gen, Arye Kohavi, said 'If it’s hotter or more humid, the system produces more than average, and if it’s colder and dryer it produces less.'

He added that, as long as temperatures are high enough, there is enough water in the air for the machines to work regardless of humidity levels. 'Places that do not have drinking water in pipes are usually hot and humid — Latin America, Southeast Asia, Africa — so those two rules are almost equal,' he said. 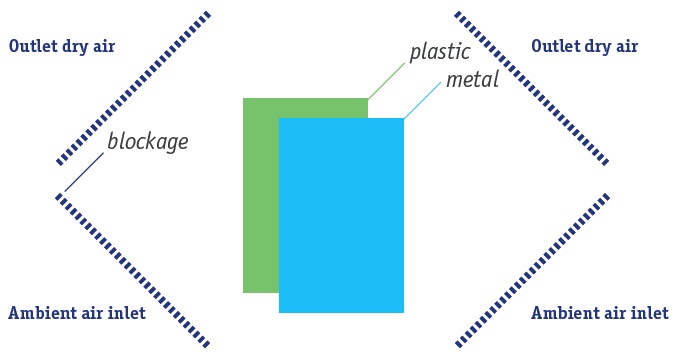 The technology hinges on dehumidification apparatus. This apparatus uses a cooled core, into which relatively humid air is fed. The internal structure comprises 'leaves' of a thermal low-conductive plastic and an integral evaporator. You can read the patent abstract on the Water-Gen website here.

The UN General Assembly meets this week, and companies from around the world are presenting paradigm-shifting technologies to drive meaningful change in vulnerable communities. Water-Gen joins half a dozen other companies out of Israel with their elegant innovation. 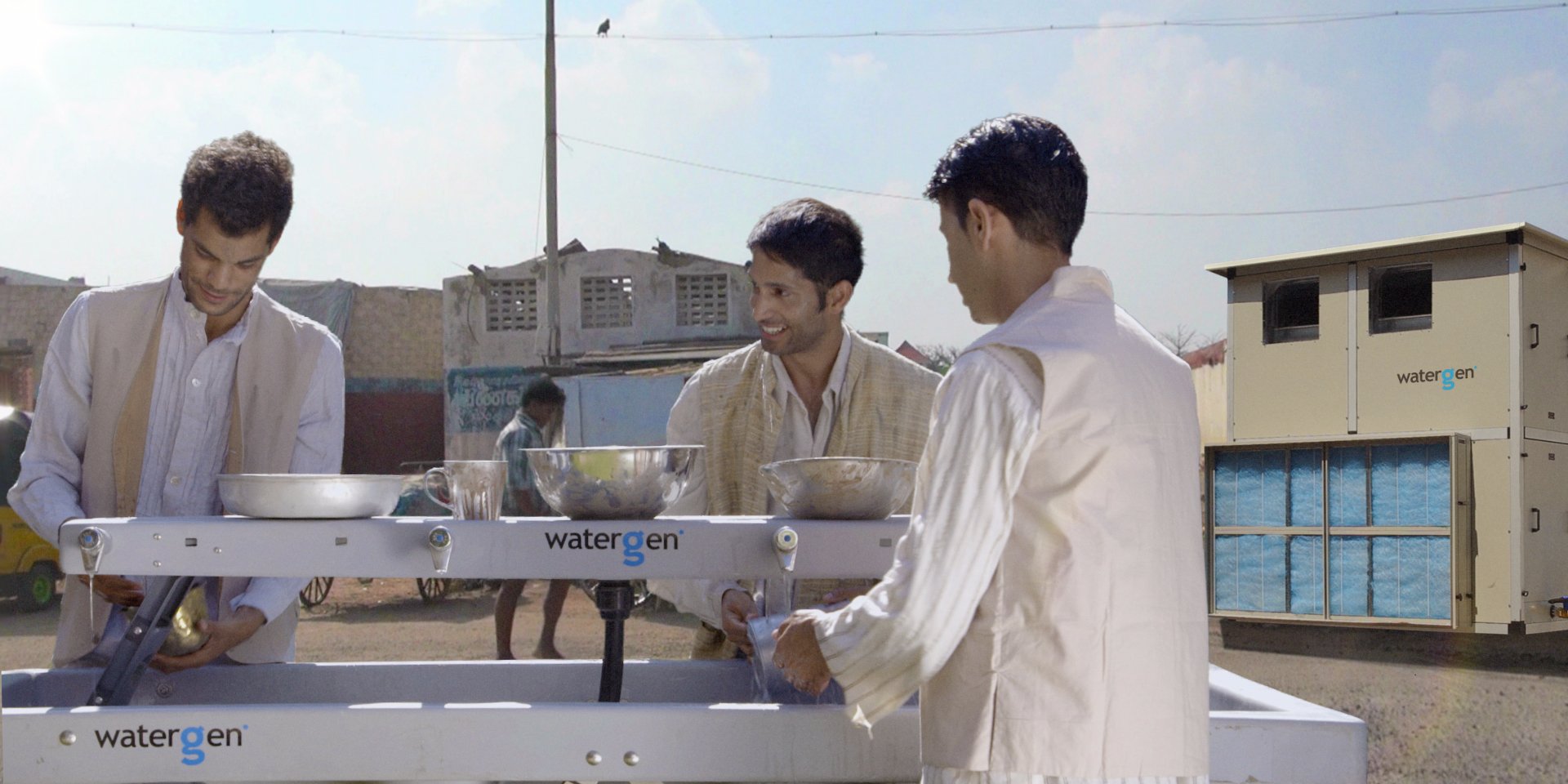 Running on electricity, the Water-Gen system comes in three sizes, each suited to a different application. All operating at 26.7 degrees Celcius and 60 percent humidity, daily yields range from 3,000 liters for the largest generator, down to 15 liters for the smallest.

With power usages ranging between 11 and 17 Watts per litre, Water-Gen estimates that (at current energy prices), generated water should cost around 2.5 cents per litre. Arye Kohavi explained:

'The target is to extract water from the air with minimum energy. We think our solution can solve the problem on the level of countries. It’s an immediate solution — governments don’t need to spend decades to make a big project.'

Water-Gen has a range of water technologies, including battery-operated water purifiers that may also be run on solar power. These purifiers have the capacity to filter out parasites and poisons but are not designed for desalination. Said Kohavi, 'Water from air is for places that you don’t have any water to filter.' 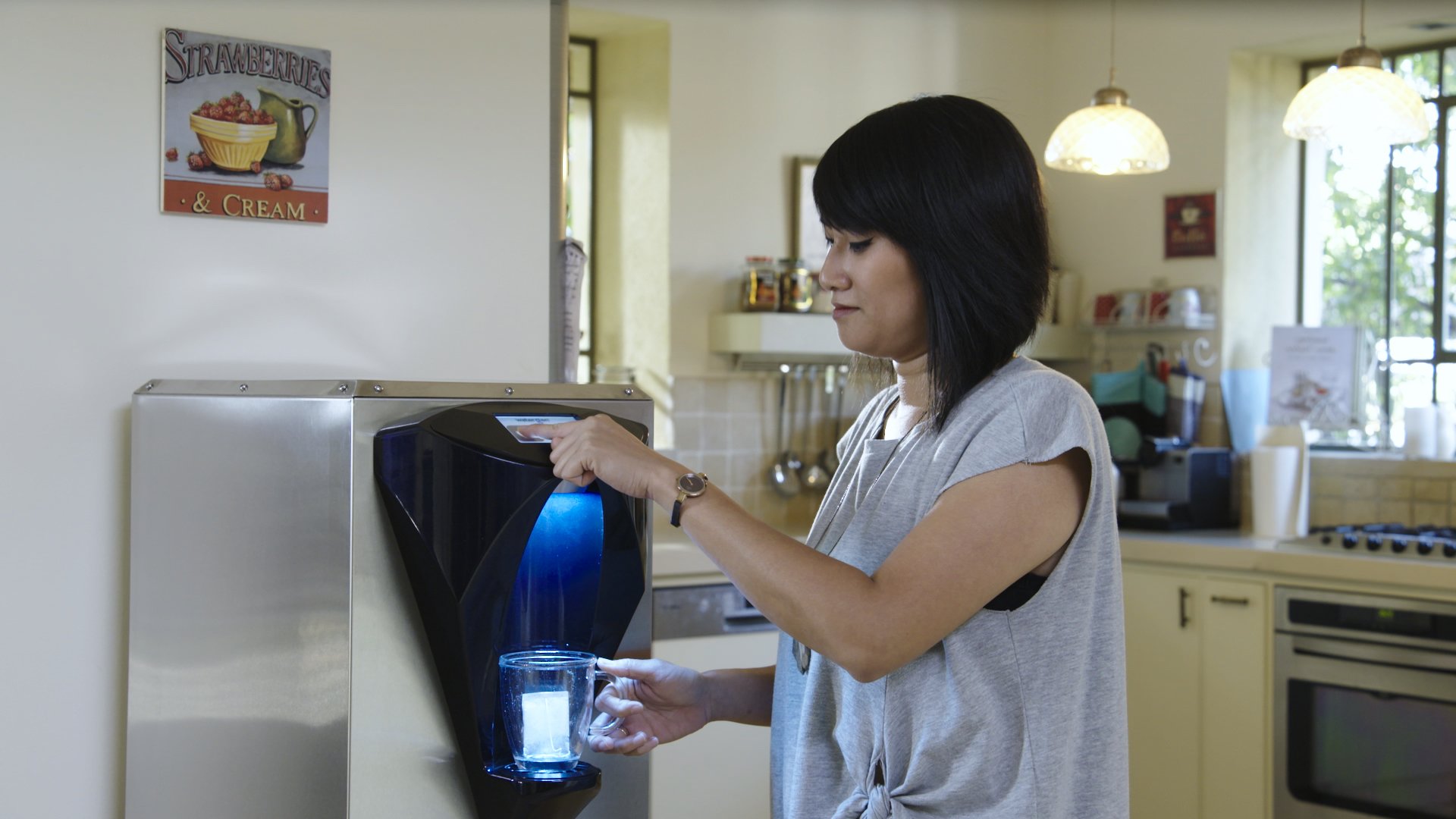 While Water-Gen has developed technology for domestic use, company chairman Maxim Pasik reports that commercial applications are not their primary motivator.

'We think it’s possible to bring drinking water to all countries. Humidifiers, army solutions, etcetera are a secondary issue. What’s important for us is to bring water to the people. This is a basic human right.'

The company is conducting field tests around the world, including rural locations and cities like Shanghai, Mumbai, and Mexico City. With an expected launch date in late 2016, Water-Gen is set to improve the quality of life of billions of people in the world's poorest, hottest regions.