A clever map from the Foreign Service Institute shows you how long it would take to learn a second language based on its similarity to English.

Th catch is that these difficulty rankings all stem from a language's proximity to English (a notoriously tricky language to master for any non-English speaker).

Category I languages all take between 23-24 weeks or 575-600 hours worth of time to learn. They include Romantic languages (those largely stemming from Latin) like French, Italian, Norwegian, Portugues, and Spanish.

Category II gets slightly more difficult. The chart only includes one language in its Category II -- German. The Foreign Service Institute estimates that most people will need 30 weeks or 750 hours to learn German. 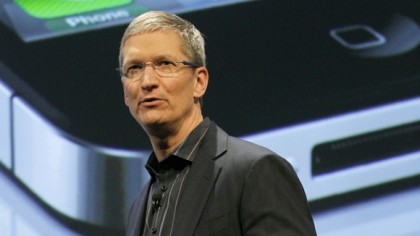 Category V languages are those so far removed from English that very few public schools in English speaking countries offer them in most places. They're also some of the most prized languages, particularly in government or intelligence positions. These languages include Cantonese, Korean, and Arabic among others. Each category five language would take a person at least two years to become fluent, with the second year requiring someone to be fully immersed in the culture.

The most difficult language on the FSI ranking? Japanese, which gets its own asterisk indicating that it's usually more difficult than the other languages in the same category.

Regardless of whatever language you decide to learn, there are a lot of perks to picking up another skillset. The FSI website mentions how language is critical to solving global challenges: "The 21st century has brought unprecedented global change. Effective diplomacy is more important than ever as we evolve to meet current challenges and future opportunities."

Beyond boosting your resume, your body also has a physiological response to learning a language. Several studies have tied learning another language to staving off Alzheimer's and dementia. Those who speak multiple languages also have better memory as those neuron paths get stronger with recalling each new phrase or word.

One of the biggest trends in education right now includes using coding languages as a foreign language credit. Apple CEO Tim Cook famously said he would rather learn to code than any foreign language in an interview in October 2017.

"If I were a French student and I were 10 years old, I think it would be more important to learn coding than English. I’m not telling people not to learn English—but this is a language that you can [use to] express yourself to 7 billion people in the world. I think coding should be required in every public school in the world," Cook said.

Many fans of programming languages champion that learning code should prioritize learning other languages, sometimes advocating for programming skills to replace a foreign language. However, several research teams have pointed out that while both language and coding are incredibly useful to understand the modern world, they activate different parts of the brain.

Coding also relies on problem-solving using a set of rules within a programming language. Foreign languages also definitely involve problem-solving but there's a lot more hidden within the nuances of sounds, situations, and even country-by-country variants on the same language.