ESI Design has created a 7-meter high display showing scenes from Chicago that are continually painted by an algorithm.

The art on this large ‘canvas’ display is ‘painted’ by an algorithm. ESI Design was commissioned by the 515 North State Street building in Chicago to provide the lobby of the building with warmth and intimacy that would attract visitors and tenants.

The design team reimagined the space as a contemporary art gallery with this 7-meter high display proving a focal point for the space. The screen displays videos of local urban life of the area, the software then ‘paints’ these images in an impressionist style that continues until the scene is unrecognizable before the next scene is made visible, and the process begins again.

There are more than 5,000 possible abstract compositions that can be generated. 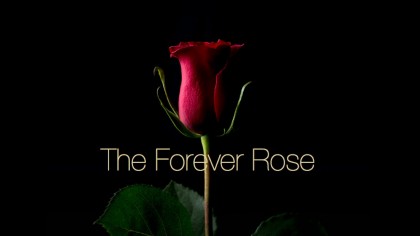 The images of people, bridges, and parks are dissolved by the software into mesmerizing abstract images full of color and movement.

There are five content modules built into the display. The scenes are selected to reflect the local area and include famous local landmarks such as bridges as well as scenes of green space and sky.

515 North State Street was designed by Pritzker Prize-winning Japanese architect Kenzo Tange built back in the 1990s. The building's owners wanted to re-energize the building to attract new types of tenants that include tech start-ups and media companies.

They engaged ESI Design to add a level of drama, warmth, and sophistication to the building's lobby to activate the space. The team at ESI have also added transparent LCD screens into the elevator bays.

These screens ‘provide up-to-the-minute local information, such as weather forecasts, trending Twitter topics, and transit alerts.’ The lobby also received an update on its furniture. Red ‘pixel-like’ forms now dot the space inviting guests to pause for a moment and enjoy the artwork.

The building is now also more activated with the street, thanks to the addition of a transparent front door that allows pedestrians to catch glimpses of the dynamic artwork inside.

Ed Purver, the lead designer on the project describes the stunning artwork saying, "our custom software analyzes each video for moving objects, so moments like a person walking, or a car driving become the ‘brushstrokes’ that slowly create each abstraction. As each video collides with the next, new compositions unfold in real time, literally creating thousands of possibilities in this one-of-a-kind evolving digital artwork."

The transitions of the artwork are deliberately slow, evoking a feeling of meditation and encouraging viewers to pause and wait for the painting's unfolding.

The content management system randomly selects the starting points in each video so that the abstractions are always different. The display is made up of LEDs that are covered with a layer of vinyl that reduces their glare and give the display a richer, more material quality. The display is also framed with painted metal molding to give the impression of a traditional framed artwork.