This New 13,500km Route Could Connect London to Tokyo Via Train

A Trans-Siberian railway project proposal put forward by Russia is in the works, and though the massive project is still in its infancy, the largest stakeholder, Russia and Japan, have opened talks about multiple business ventures.

If you’ve ever dreamed of taking a journey on the historic and much written-about Trans-Siberian railroad across the great stretches of Russia, you may not even have to leave your country to do it. The Russian government has put forward a proposal for a massive rail project—running through the Trans-Siberian railway path—which would begin in London and end in Japan!

A few of the most important specs:

The route will cover over 10 countries and cover a staggering distance of 13,500 kilometers.

The train will begin in London and end in the Japanese city of Wakkanai.

Heading East, the route will include the five major cities of London, Brussels, Cologne, Warsaw, and Moscow.

From Moscow, the train would continue along the familiar Trans-Siberian route, which normally takes about two weeks from start to finish.

After the route in Russia, instead of ending at Sovetskaya Gavan in the East, the train will be routed northward to Lazarov before traveling in a downward loop through the island of Sakhalin and crossing the bridge to the final destination in Japan.

A 45-kilometer bridge will be built to allow the train to pass from the Russian island of Sakhalin to Japan over the East Sea.

Russia First Deputy Prime Minister Igor Shuvalov said of the new venture: "We are seriously offering Japanese partners to consider the construction of a mixed road and railway passage from Hokkaido to southern part of Sakhalin." As one would imagine, the project will require large-scale coordination efforts and investments from several countries.

The Russian government had originally approached Japan last year about the project because of all the countries involved, the country stands to gain the most: the train would mean a massive ramp up of efforts for the development of parts of the Central Siberian and Far East regions. Hoping for an economic boon, the Kremlin has been actively courting Japan, submitting a number of proposals involving joint business efforts. 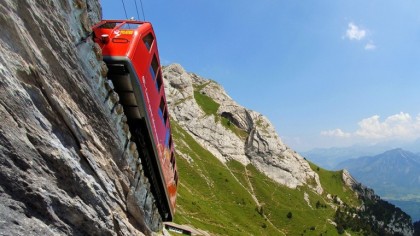 The two issues which could potentially stall the project or stop it from moving forward altogether both involve Russia and Japan: Japan would like to see a better assessment of the technical aspects of the train rail it will supply, and most importantly, both countries are have made territorial claims to the Kuril Islands, or Northern Territories, which are now protected under Russian sovereignty. The island chain, which lies between the southern tip of Russia’s Kamchatka and Japan’s northernmost island of Hokkaido, has been a source of contention for a number of decades.

Despite the wellspring of economic benefits anticipated for both Japan and Russia, messages from history seem to be coming that until the two countries can reconcile their past with each other, the possibility of building a bright future together may escape them.