The godfather of the Human Genome Project is founding a new company allowing people to take control over their own DNA sequencing by putting it on the blockchain.

Blockchain technology has taken off within the last several years, particularly as more of the public becomes invested in bitcoin, cryptocurrencies, and the technological concepts behind it. However, one MIT professor is looking to add a bit more humanity into blockchain -- literally. Professor George Church, the 'godfather' to the famous Human Genome Project, wants to create a company capable of sequencing your genome and adding it to the blockchain.

The company is called Nebula Genomics, and it's significantly different than current DNA companies like 23andMe, Veritas, and Ancestry DNA. The details have been released in a new white paper from the company which shows exactly how Nebula Genomics puts the power back into the hands of the client rather than giving personal information to large, 'faceless' companies.

Church's reasoning behind the blockchain involvement is that people can sell their data directly through safe security rather than having a third-party company sell that data to pharmaceuticals without the client knowing.

The price for processing the DNA starts at $1,000 and they don't have to sell their results to anyone. The company will offer a DIY opportunity that allows users "to interpret their personal genomic data" with an app "without sharing it with any third party," according to the white paper.

Putting crypto and blockchain technologies together just makes sense, according to Church and his cofounder Dennis Grishin. The company already has the initial $600,000 thanks to an angel investment, and they expected to have an additional $1 million raised in funding by the end of last week. There's no word yet if or when Nebula will have a token sale. There's also the potential that it doesn't grow in value like Ripple or ether or other cryptocurrencies as DNA is the only item of value 'on the table.' 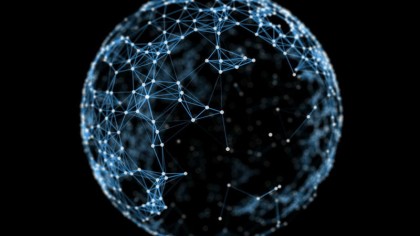 The venture also expects sequencing costs to drop in the next upcoming years, according to the company's white paper. This means that any sort of Nebula token would also drop in value. And according to co-founder Kamal Obbad, that sequencing cost drop could see substantially more buyers. As the number of studies and the size of the studies grow, more tokens will be needed to buy DNA.

"These factors will help maintain a high demand for Nebula Tokens," Obbad said in an interview with Tech Crunch.

The platform is currently not open to buy or sell tokens (or DNA for that matter). However, thanks to the high volume of investments and Church's involvement, the company anticipates being up and running within the next several months.

Regeneron Might Have Coronavirus Treatment This Summer, Says CEO