This new aluminum has a crystalline structure that researchers hope could revolutionize industries that rely on aluminum.

Drop an aluminum knife into water and it will quickly sink to the bottom. However, one team of materials science engineers just created something that could change that. Researchers have developed a new form of aluminum with an exceptionally low density so that it could easily float.

Aluminum remains one of material science's most prized and frequently used substances. A team comprised of researchers from the U.S. and Russia restructured the household metal at the molecular level. The result was a new ultra-light crystalline form of aluminum that is lighter than water.

Alexander Boldyrev works as a chemist at Utah State University.

"My colleagues’ approach to this challenge was very innovative," said Boldyrev, professor in USU’s Department of Chemistry and Biochemistry. "They started with a known crystal lattice, in this case, a diamond, and substituted every carbon atom with an aluminum tetrahedron."

The implications of this seemingly slight adjustment in density could mean volumes to any industry that uses aluminum. Spaceflight could become more efficient; lighter payloads and lighter vehicles mean reduced costs and fuel savings. Wiring costs could go down for commercial uses of aluminum as less is used for the same conductive effect. 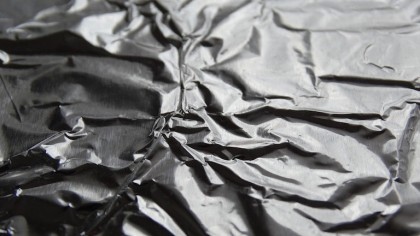 However, Boldyrev said it's still too early to speculate about the plethora of potential benefits to the crystalline aluminum as the team hasn't actually produced any yet.

"Spaceflight, medicine, wiring and more lightweight, more fuel-efficient automotive parts are some applications that come to mind," Boldyrev said. "Of course, it’s very early to speculate about how this material could be used. There are many unknowns. For one thing, we don’t know anything about its strength."

Aluminum is used in materials building namely for its malleability and lightweight structure. Aluminum has one-third the density and 'hardness' of steel, but it can be easily added to other metals to form alloys that can be tailored to a need. For example, aluminum can be combined wiht manganese to boost the material's strength. However, the team has yet to see the newly designed aluminum structure become a tangible reality -- at least not yet.

It's not the first time that a supertetrahedral material has been synthesized. A copper compound cluster was synthesized in an ionic liquid in 2012. And for the teams, this new aluminum holds promise especially for the future of engineering within material design.

"An amazing aspect of this research is the approach: using a known structure to design a new material. This approach paves the way for future discoveries," Boldyrev said.