Open the website thispersondoesnotexist, and you’ll find a headshot of a stranger. At first glance it looks like someone got the HR records from work and stuck them on a website, refreshing the site regenerates another face of a person you might know.

Except you don’t, and no one does. Because each of the faces on this site is totally fake, created by using a special kind of artificial intelligence algorithm called generative adversarial networks (GANs).

Refresh to the page and the algorithm generates a hyper-realistic but absolutely fake image of a person. The page was set up by Uber software engineer Philip Wang to demonstrate what GANs are capable of. Wang shared the page on the Facebook group “Artificial Intelligence & Deep Learning”. 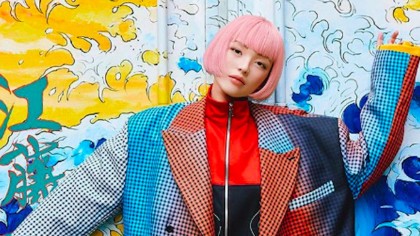 The code that made this creepy website possible was written by Nvidia and featured in a paper that is available before peer review on arXiv. Called StyleGAN, the neural network has infinite applicability for everything from gaming to creating false documents.

Wang described his motivation for sharing the site in his Facebook post: “I have decided to dig into my own pockets and raise some public awareness for this technology,” he wrote in his post.

“Faces are most salient to our cognition, so I’ve decided to put that specific pre-trained model up. Each time you refresh the site, the network will generate a new facial image from scratch from a 512-dimensional vector.”

The generator receives a random vector (noise) and therefore its initial output is also noise.

After it receives feedback from the discriminator, it learns to synthesize more “realistic” images. Simultaneously the discriminator is also learning by comparing generated samples with real samples, making it harder for the generator to deceive it.

GAN was introduced in 2014 but it wasn’t until 2017 that the researchers were able to create high-quality, 1024x1024 images detailed in the now-famous ProGAN paper. StyleGAN builds on this previous work but now allows researchers more control over specific features.

GAN's will shape the virtual future

Eventually, these GAN’s are hoped to be able to be used to develop full virtual worlds using automated methods instead of hard coding. They also have the possibility of being used to create realistic 3D models for use in advertising and other branding opportunities, similar to Imma but with a little more depth.

While that is exciting, others may fear for the more sinister uses for the technology such as contributing to DeepFakes, computer-generated images superimposed on existing pictures or videos, that can be used to push fake news. Some thoughts to ponder on while you constantly refreshing this person does not exist.

Alexander Graham Bell Thought the Future of Flight was Giant Kites, Not Airplanes