The Genesis Project a wildly ambitious plan devised by Dr. Claudius Gros who wants to send unmanned vehicles into space to send life to distant planets. 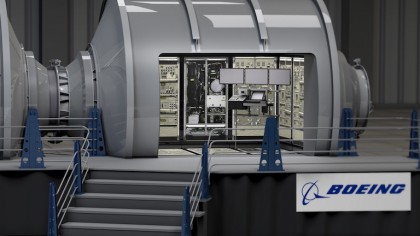 One of the motivations for working on the theoretical idea may stem from the fact more and more extrasolar planets are being discovered as our technology advances. And naturally, the next question is when can we get to them? Many scientists and research groups have attempted to tackle this difficult question and have proposed several interesting projects including Breakthrough Starshot which aims to send tiny spacecraft to Alpha Centauri in just twenty years. It describes its mission on its website: “Breakthrough Starshot aims to demonstrate proof of concept for ultra-fast light-driven nano crafts, and lay the foundations for a first launch to Alpha Centauri within the next generation. Along the way, the project could generate important supplementary benefits to astronomy, including solar system exploration and detection of Earth-crossing asteroids.” But Project Genesis goes far beyond simply sending spacecraft to have a look.

The project wants to kickstart life on other planets where life has been identified as possible but currently has no evidence of it existing. In the project's own words it describes its mission as the chance to “offer terrestrial life alternative evolutionary pathways on those exoplanets that are potentially habitable but yet lifeless. The basic philosophy of most scientists nowadays is that simple life is common in the universe and complex life is rare. We don’t know that for sure, but at the moment, that is the consensus.” So essentially the idea is to fast forward the evolution of plants deep in space. In places where life may be evident in billions of years just as it occurred on earth. Scientists estimate there were about 4 billion years between earth's formation and the event known as the Cambrian Explosion when life on earth is thought to have occurred. Project Genesis is based on the premise that we can control or at least improve the odds of other planets having their own Cambrian Explosion.

The paper outlines that initially autotrophs would be sent, these are organisms that produce complex organic compounds and include photo-synthesizing bacteria, such as cyanobacteria. The second wave of matter could include heterotrophs which are organisms that feed on other organisms. This second wave would only be possible after the initial autotrophs have taken hold. The paper suggests using a similar technology to that was put forward by the Breakthrough Starshot team. But instead of sending lots of light very small items, the idea would be to send fewer, heavier, and therefore slower vessels. The vessels would be carrying the organic material aboard. Dr. Gros suggests the mission could be mounted within the next 50 to 100 years.