The Lowline's design team, Raad studio have released an installation featuring a solar funnel which allows plants to grow underground.

Raad Studio, the company behind NYC’s Lowline have designed solar technology that helps plants grow underground. Called Invasive Regeneration, it uses a powerful, solar funnel installed at street level to beam light onto a concrete block underneath, this allows organic life to flourish in an otherwise unsuitable environment.

The solar funnel is an expansion of the process used to create Lowline, the subterranean park in New York City — the sunken version of the city’s Highline, a public park built on a historic freight rail line elevated above the busy streets of the big apple. Invasive Regeneration was created by James Ramsey and Dan Bartsch, who used a system of finer optic cables and mirrors to lure the sunlight deep below civilization.

According to the Raad team, the solar-powered installation — which is currently on display at the 2017 Seoul Biennale of Architecture and Urbanism — is inspired by the complex relationship between nature and the man made environment. Their description of the project reads,

“Nature represents both decay and renewal, and the continual struggle to gain mastery over the natural world can be inverted to foster growth and rebirth, Natural sunlight is funneled into the installation site via an advanced solar technology, appearing to create plant growth below where the light is delivered. The plant growth then can be observed in the process of rending apart a concrete building. Our technical abilities give us the power to seemingly accelerate time, raising questions of relative scales of time.”

Located in the one-acre former Williamsburg Bridge Trolley Terminal, just below Delancey Street on the Lower East Side of Manhattan, the Lowline is close to being the world’s first underground park. Founders Bartsch and Ramsey consulted with over 50 scientists to work on a plan that would their dreams of creating an underground oasis a reality. “All architectural design is one big game to optimize light,” Dan Bartsch told Big Think last year.

First established in the Lowline Lab, the park uses two solar collectors, one singular and another hooked onto the large mirror called Heliostat which tips up and down to reflect sunlight into the collector. The collector is a circular device with a condenser in the middle. Both sit on the roof of the building. 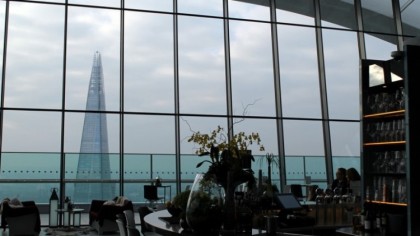 According to the website, “Sunlight passes through a glass shield above the parabolic collector, and is reflected and gathered at one focal point, and directed underground. Sunlight is transmitted onto a reflective surface on the distributor dish underground, transmitting that sunlight into the space. This technology would transmit the necessary wavelengths of light to support photosynthesis, enabling plants and trees to grow.”

Over 100,000 people have visited the space since it opened the Lowline Lab in 2015, the future of the space will include expansion into a veritable lush green space, the project is estimated to be finished by 2021.

“We envision not merely a new public space, but an innovative display of how technology can transform our cities in the 21st century,” say the team.