The Wagon TA-05 magnetic levitation train was an impressive, but short-lived production of the Soviet-era. History and Soviet-memorabilia lovers alike will find this train of much interest.

The USSR was at a critical junction in the mid-1980s. There was large-scale political instability and uncertainty, and cracks were beginning to form in the communist system in terms of wages, benefits and infrastructure. Part of this was new transportation challenges that served the large population of the USSR, which included 15 Republics at its height. 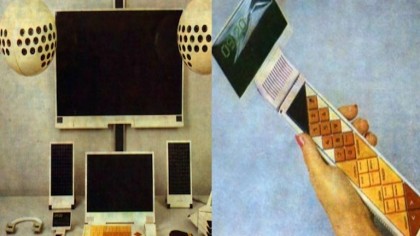 Maglev Trains stepped in with a solution with the Wagon TA-05 train. We are used to magnetic levitation trains now, but at the time this was the first of its kind in the USSR. The train’s capacity was a few dozen people and Maglev envisioned the trains, if successful, to be used for both short-distance commuting as well as travel between the Republics. The train had the possibility to reach 400 km/h, which proves that in many ways Soviet-era production was ahead of its time.

The Soviet Union: A Historical Museum in the Making

Access from the outside to everyday life and products for various reasons was quite difficult during the Soviet era. For this reason, more and more items are being unearthed every day. They are as much a testament to the strict and solid discipline and work ethic existing in the Soviet era as well as a peek into a rich material culture which, due to geopolitical restrictions existing at the time, very little may be known. How many of us have visited countries which were formerly part of the USSR and seen statues which appeared out of place, or buildings which seem from another time, or perhaps even another planet? There is a charming and anachronistic quality to the material culture from the Soviet-era which continues to draw the interest of many people.

A perfect example of this is this high-speed, levitation train which was developed in the Era.

The body of the train resembles a self-contained spaceship, with its slanted windows and curved frame, or a distant cousin of the monorails which began to appear widely in Japan around the same time.

The train was, in fact, used in a Russian Sci-Fi movie scene.

A number of factors contributed to the very little amount of information known about Soviet-era gadgets, electronics and vehicles. The challenge of satisfying drastically different Western aesthetics of the times period as well as certain technical standards—which stood in contrast to those mandated by GOST, a Soviet-era set of standards governing all production—meant that the number of imports were quite low.

Perhaps it was bad timing—as the trains were begun and tested in the second half of the 1980s during perestroika and glasnost, a period of rapid transformation in the Soviet Union signaling the beginning of the end. Who knows how far these trains may have gone if the project had gotten off the ground. We can only wonder.