Rainy weather and extreme heat on an Australian roadway led to the destroyed tires of over 50 drivers.

Australian authorities were forced to close off a road recently after high temperatures caused the road's surface to melt. The road closure came a little too late for some 50 drivers who had their tires destroyed and melted by the road.

A road in North Queensland got resurfaced a few weeks ago. However, rainy weather prevented the gravel from setting properly, according to ABC News. After the wet weather, the area experienced sweltering temperatures. This caused the asphalt to melt -- much to the pain of drivers and their car tires.

Some travelers were forced to abandon ship as their cars sank further into the sludge-like asphalt.

Driver Bridget Daley was one such 'trapped' driver.

"I was absolutely horrified to find that there was three inches of bitumen coated around all four wheels of my vehicle," she said. "It was like we were insects caught in a spider's web and we were sinking. There were people that were pulled up on the side of the road and they were in total and complete disbelief as to what had happened to their vehicles."

A large semi-truck told the newspaper the Tablelander that the melted roadwork ruined all 34 of its wheels.

The area's district director Sandra Burke noted the instance was caused by a number of factors contributing to the perfect storm of issues -- and melted car parts.

"We have extreme weather conditions on Malanda Millaa Millaa Road … unusually cold weather and wet weather combined with works at hand and the short impact of the hot weather yesterday caused the situation to occur," Burke told media outlets.

Road authorities have assured drivers affected by the sticky situation they will be compensated for anything that happened to their vehicles. Burke told ABC News that the compensations would be "assessed on a case-by-case basis."

Despite understanding the crazy circumstances which led to the roadways melting, officials are still scratching their heads as to how bad the damages became. Tablelands Regional Council Mayor Joe Paronella said he was still in shock by the state of some drivers' tires.

"I have never seen anything like it and when the reports started coming through yesterday it was just incredible," he said. 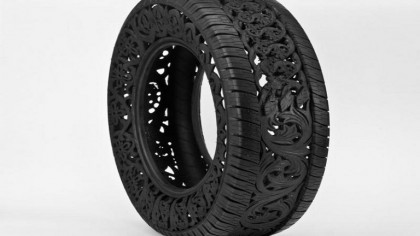 "Last week a whole section of road was done by a Main Roads contractor and the gravel they put down on top did not adhere to the bitumen.

"We started getting reports in the middle of last week from people getting stones and gravel flying up everywhere so we've been trying to assist Main Roads as much as possible, we helped with brooms to get the gravel off.

"That was when we had cold weather and drizzle, since the weekend we've had the exact opposite and the bitumen, and the way I understand it, because there's no gravel, it's leading to vehicles galore with this massive amount of tar."

However, one group of people are serendipitously benefitting from this surprise issue. Local tire repair and automotive shops saw waves of customers in the days following the roadway melting, according to reports.

GMC Introduces Its Hummer EV, Be Prepared for 1,000 Horsepower