This Teenager Won $250,000 for Her Short Video Explaining the Theory of Relativity

The 18-year-old high school student used Usain Bolt and a pick-up truck in order to explain the critical physics concept.

Most high school students struggle with the concept of relativity. (And, to be fair to those students, most adults around the world couldn't readily describe the theory of relativity without doing a bit of research first.) However, one high school student figured out a clever way to appropriately explain the theory of relativity. Young Hillary Diane Andales managed to take apart and explain the theory in a short YouTube project. The video itself might come in just under three minutes long, but the $250,000 main prize will certainly last for considerably longer.

Andales was this year's winner of the highly coveted 2017 Breakthrough Junior Challenge. She snagged $400,000 in cash and prizes, including that signature $250,000 scholarship fund.

The winning video was called "Relativity & The Equivalence of Reference Frames." You can watch her full explanation below:

Here's how most people have probably heard the theory of relativity and the equation E=MC2 defined before:

"It follows from the theory of relativity that mass and energy are both different manifestations of the same thing—a somewhat unfamiliar conception for the average man. Furthermore E=MC2, in which energy is put equal to mass multiplied with the square of the velocity of light, showed that a very small amount of mass may be converted into a very large amount of energy... the mass and energy were in fact equivalent."

Albert Einstein used that explanation in 1979. However, the theory of relativity itself was also one of Einstein's most devisive theories, particularly given the era in which he crafted the theory.

The judges reviewing the work of the top 15 finalists certainly had their work cut out for them. However, the judges were far from the stereotypical 'science fair' judges. Reviews included notes from people like former NASA astronaut Mae Jemison, author Siddhartha Mukherjee, professor of neuroscience John Hardy, professor of mathematics at UCLA Terence Tao, and CEO and Founder of the Khan Academy Salman Khan.

About the Breakthrough Junior Challenge

The Breakthrough Junior Challenge was originally founded by the Chan Zuckerberg Initiative -- the organization started in 2015 by Facebook CEO and Mark Zuckerberg and his wife Priscilla Chan, CEO of The Primary School in Palo Alto, California. 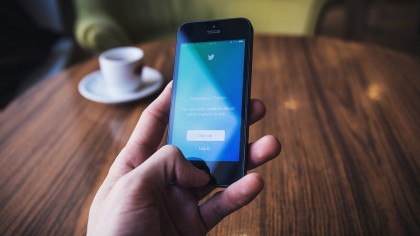 The rules, according to the Breakthrough Challenge website are as follows:

"Students ages 13 to 18 from countries across the globe are invited to create and submit original videos (3 minutes in length maximum) that bring to life a concept or theory in the life sciences, physics or mathematics. The submissions are judged on the student’s ability to communicate complex scientific ideas in engaging, illuminating, and imaginative ways."

More than 11,000 students from 178 countries registered for the competition that started on September 1, 2017. Those 3,200 video entries were reduced to 29 which was then reduced to just 15 videos.