Language -- that crucial piece of culture that allows us to communicate effectively. Currently, over 6,500 languages are used throughout the world. We do business in them. We watch movies in them. We tell jokes in them.

But what would happen if your language suddenly disappeared?

Some researchers estimate that nearly half of the world's languages will disappear within the next hundred years or so. Certain languages only have a handful of native speakers remaining. One team looks to preserve those languages for the sake of history and study. 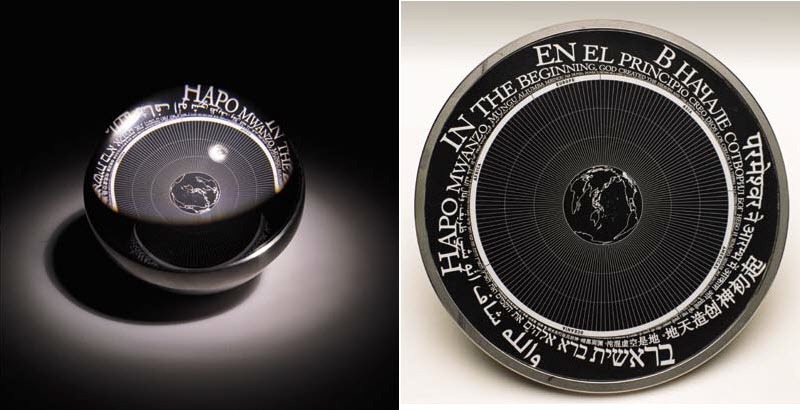 The Rosetta Project -- inspired by the Rosetta Stone -- uses technology to catalog languages. The team at the Long Now Foundation created the Rosetta Disk, a small nickel disk with 14,000 pages of information etched into the surface at a microscopic level. One side of the disk has a graphic teaser of the language. It starts at a readable size before spiraling into something microscopic. The other side of the disk contains the preserved data. The languages aren't stored in a computer system; it doesn't need 1s and 0s. It can be read by a human using magnification. 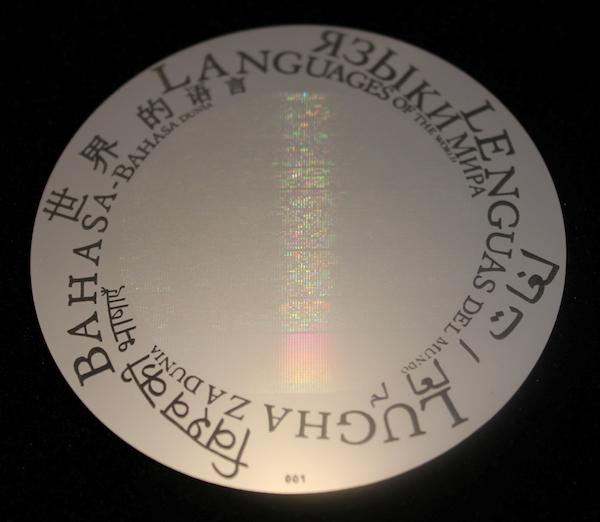 Rather than picking the most influential poems, patents, or documents from any one language, the Project creates a key for each language. Hundreds of years from now, humans could use the language key to understand "lost" documents.

The idea of the Rosetta Project stems from the Rosetta Stone. Discovered in 1799 by French forces, it allowed scholars to understand Egyptian hieroglyphics. After the British defeated the French armies, they acquired the Rosetta Stone. It's been in the hands of Great Britain ever since.

Interested in your own Rosetta disk? The Long Now Foundation released a Rosetta Wearable Disk. The pendant-sized object contains the information seen on a regular disk. The pendants cost $1,000 USD, but all of the money serves as a donation to the project.