PayScale has released a report detailing which college graduates are likely to earn the most on their starting salary. Coming hot on the heels of the 2019 Times Higher Education World University Rankings, this new scale shows that Ivy League colleges don’t necessarily mean a high starting salary.

PayScale says their report can help people heading to college research and understand which majors and careers will help them head towards higher salaries. Their system aims to tell you how much you can expect to earn by the time you reach the middle of your career based on the college you attended.

They term this ranking ‘salary potential'. The rankings are generated from the alumni salary data of 3.2 million respondents representing over four thousand universities across the U.S.

This year there are 205 new universities in the report. The authors of the report acknowledge that choosing a college or higher education institution is a difficult enough choice already and insist that they take at least some of the pressure off by showing the expected salaries of college graduates across degrees and across the country.

The authors have looked at the median salaries of graduates who only had a bachelor's degrees and found that there were 10 colleges which produced students who now enjoy unusually high salaries both five and 10 years into their careers compared to others. Unexpectedly only out of the top ten are Ivy League schools.

In fact, the top school for salary potential according to PayScale is Harvey Mudd College in California where alumni can expect an early career salary of $85,600 and a mid-career salary of around $157,400. Harvey Mudd was founded in 1955 and is a liberal arts college that focuses on undergraduate engineering and science.

STEM courses a sure bet for earning potential

The runner-up on the list was the Massachusetts Institute of Technology (MIT) which family has a focus on science, technology, engineering and mathematics (STEM) education. Taking a brief look over the list it might be fair to say, that any bachelor's degree in science and computing might be the ticket to a high-grossing job early on. 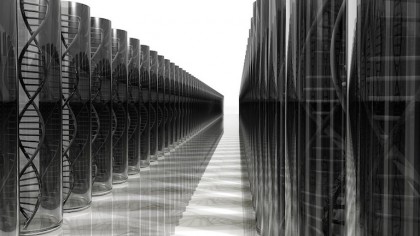 With such a huge emphasis on digital technologies, it’s no surprise that school with large numbers of STEM-focused graduates will return statistics of high salaries. As the cost of higher education continues to rise in the United States, many students may be forced to look offshore to find universities with lower tuition fees.

The recent university ranking report showed that Chinese universities are on the rise through the list and offer highly affordable degrees. Many U.S students are also looking to Australia as a potential study destination.

Even with the country's higher international school fees, an international bachelor degree including accommodation can work out cheaper than finding a place in a college close by. Many Americans are crippled by student debt that has high-interest and cutthroat terms.

Here Is Why Wooden Toys Are the Best Ones