German automobiles cover a wide variety of interesting features, styles, and accomplishments. However, one thing German automakers are certainly notorious for is developing quirky automobiles. And, if the evolution of the Volkswagen Beetle wasn't enough proof, check out this interesting car.

The microcar's name comes from the Roman god Janus, a god known for his two faces with one looking forward and one looking backward. If the actual brand name sounds familiar and you happen to be a fan of Disney movies, you'll appreciate that the Zundapp Janus was featured in Cars 2. (Professor Zundapp's name makes a lot more sense now, doesn't it?)

The compact 1958 classic was restored in 1973, and it's in beautiful condition. According to its listing on Classic Driver, it remained in a museum after its restoration until now. It also remains in pristine drivable condition, its seller notes.

The car comes equipped with a pair of BMW Isetta hatch doors on either side of the car. It has a 14-horsepower two stroke single cylinder engine mounted between the opposite-facing bench seats in the middle of the car. It also has MacPherson struts and drum brakes.

Just if you needed an additional push to investing in this car, know that it's incredibly rare. Zundapp only produced 6,902 versions of the Janus between 1957 and 1958, and production stopped due to a high price tag. The company then abandoned the Janus entirely and opted to work on motorcycle production.

"Due to this low production volume, a Zündapp Janus in now one of the rarest microcars you may find," the listing said. "The few remaining examples all reside in private collections, and almost never come available on the public market."

However, not everyone has been a fan of the Janus since it first hit the roads in Germany.

"Seriously, what the hell were they thinking with this car?" said the writers at CarBuzz. "The design of the Zundapp Janus appeared to have been made by taking two BMW Isettas and sticking them together, but for some reason, facing opposite directions. Fans of microcars have been quick to defend the Janus, saying that it was actually quite an advanced design, and that it was one of the only microcars which could actually seat four adults comfortably. But half of it is still backwards." 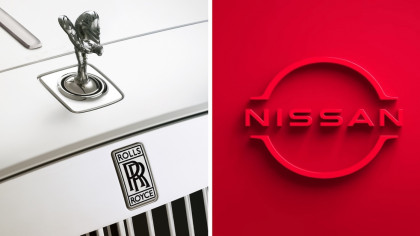 As CarBuzz noted, the push for microcars (aka 'bubble cars) came shortly after the Suez crisis of 1956. Bubble cars quickly took off, but typically, these cars only had enough room for the driver and possibly one passenger. The Zundapp Janus wanted to fix that by reconfiguring the seats to accommodate other people.

Clearly, it didn't leave its legacy with everyone. However, that's not stopping microcar and Janus fans from considering investing in this car.

"This little microcar is a great addition to any world class collection, as it is one of the strangest car designs ever made," its listing on Classic Driver said. "It is a unique opportunity to obtain a proper Zündapp Janus, which almost never comes available on the public market."