Thomas Midgley Jr.: The Man Who Harmed the World the Most

With his deadly inventions, Thomas Midgley Jr. has greatly contributed to the environmental problems we face today.

Thomas Midgley Jr. was an American mechanical engineer born on May 18, 1889, in Beaver Falls, Pennsylvania. He liked to experiment with extremely poisonous chemical substances without any concern for the consequences this could bring to the world, the population, and the environment.

He is globally regarded as one of the worst inventors who greatly contributed to the environmental problems we face today and the world will still be facing at least a hundred years after his death.

Thomas Midgley’s biggest and most deadly inventions include chemical antiknock agents, with tetraethyl lead being the principal one of them used in his leaded gasoline, the extraction of bromine from sea water, and the use of fluorine to produce refrigerating compounds. With his inventions, Thomas Midgley Jr. contributed to the poisoning of three generations of children, increased the risk of skin cancer and other skin problems related to exposure to UV rays, and contributed greatly to global warming.

Thomas Midgley was part of Charles Kettering's team at General Motors, working on the development of additives for gasoline. In the early 1920s, Midgley came up with the non-brilliant idea of adding tetraethyl lead to gasoline --despite lead being known as a toxic chemical-- to solve the problem of engine knocking, that is when fuel burns unevenly in the engine's cylinders of an automobile causing noise and potential damage to the engine's cylinder walls and pistons.

Lead is a well documented poison. The knowledge of its poisoning effects goes back to the year 100 BCE. In ancient Rome, it was common knowledge that lead could cause insanity and even death. Ignorance, greed, and convenience don't get along well with knowledge and responsibility, something that Thomas Midgley chose to ignore.

"Can you imagine how much money we're going to make with this? We're going to make 200 million dollars, maybe even more," said Thomas Midgley, during a phone conversation with Charles Kettering in 1923, while he was recovering from lead poisoning after demonstrating it was totally safe by inhaling leaded gas for 60 seconds.

Ethyl gasoline advertisements irresponsibly encouraged people to fill up their tanks with the poisonous lead gasoline:

Thomas Midgley Jr. knew his lead gasoline invention was poisonous, yet, he went on with it. To divert the attention from the word "lead," its poisonous effect, and the cases of insanity, hallucinations, depression, and several deaths of employees at the prototype plant in Dayton, Ohio and at the Du Pont's plant in New Jersey registered in 1924 that had been associated with lead poisoning, lead gasoline was given the name of a woman. It was then commercialized as Ethyl gasoline.

For the next 60 years, lead was spread around the world causing damage to our IQ levels, the nervous system, and other health problems associated with lead poisoning.

In his book, Nevin clearly explains how pre-school lead poisoning has caused crime waves across centuries and around the world.

After the cities of New York, Washington, and Philadelphia banned the sale of lead, new TV commercials appeared informing the population about the poisonous effects of lead, especially on children:

Exposure to lead paint causes serious health problems with children and pregnant women being the most vulnerable. Lead-based paint was banned in 1978. However, house renovation disturbs old paint and this may expose new proprietors to lead poisoning. An estimate of 35% of U.S. homes still contain traces of lead-based paint.

The U.S. Clean Air Act banned the sale of leaded gasoline effective January 1, 1996 beginning a phasedown that ended in a complete phase-out by 1999.

But there was still more damage to be done. In 1930, Thomas Midgley found within three days that dichlorodifluoromethane could be used as a refrigerant gas in residential refrigerators and air conditioners. This was quickly commercially manufactured as Freon-12 by Kinetic Chemicals, where he was the director. To demonstrate the CFC gas was safe he inhaled a large amount of the gas, and blew out a candle flame to show it was non-toxic and non-flammable, therefore, safe. Really? The freon gas is considered to be one of the major contributors to ozone depletion and was banned for production.

The Chlorofluorocarbons (CFCs) released by aerosols and damaged fridges caused serious and irreparable damage to the ozone layer, the region of the upper atmosphere that protects life on the planet from UV radiation and other forms of radiation that can injure or kill most living things. To the present day, we are still suffering the consequences of Thomas Midgley's deadly inventions.

The image below shows the false-color view of total ozone over the Antarctic pole on July 31, 2018 registered by NASA's Ozone Hole Watch. The purple and blue colors are where there is the least ozone, and the yellows and reds are where there is more ozone.

In his later years, Thomas Midgley received a series of awards including the Priestley Medal in 1941 awarded by the American Chemical Society and the Willard Gibbs Award in 1942. Midgley was awarded with not one but two honorary degrees and they also elected him as a chairman for the United States National Academy of Sciences. Finally, in 1944, the same year of his interesting and ironic death, he was elected president and chairman of the American Chemical Society. 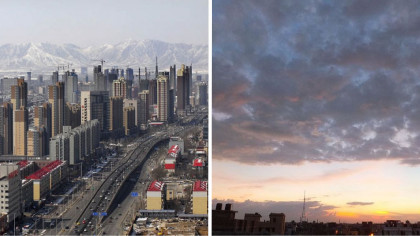 In 1940, at the age of 51, Thomas Midgley contracted poliomyelitis, commonly simply called polio. Polio is a highly infectious disease caused by a virus that invades the nervous system causing total paralysis in a matter of hours. In cases, polio leads to death when the breathing muscles become immobilized. Normally, polio affects only children under five years of age. The disease left Midgley disabled and in need of constant help. He then invented a pulley system to help himself get out of bed without any help.

However, just as all his previous deadly inventions, his plan didn't work very well. On November 2, 1944, he died of asphyxiation at the age of 55 after his own deadly invention strangled him to death when it entangled itself around his neck.

It is safe to say that Thomas Midgley Jr. has contributed to damaging the world more than any other human being up to this date.