Scientists are finding new and creative ways to use space exploration missions to learn ways to improve life here on Earth, with one of the latest examples being The Molecular Muscle Experiment.

It seems hard to believe sometimes, with all the space missions carried out in the world, that the exciting chapter of space exploration began less than 50 years ago. In many ways, they stand as evidence of the power of human innovation, and curiosity. From highlights like the first Moon landing in 1969 to the thrilling Cassini mission that captured stunning images of the ringed planet of Saturn, the debate usually centers around manned vs. unmanned missions.

There have been few examples of non-humans entering space, with the exception of course of Laika, the dog sent to space by the Soviets in the 1950s, and a few monkeys sent up to test the environments humans would encounter on future missions. Recently, however, the United Kingdom Space Agency announced that it would be sending hundreds of Caenorhabditis elegans, a type of transparent nematodes, into outer space.

Part of the agency's "Molecular Muscle Experiment", the purpose of the mission is to study the process of muscle aging with the hopes that it will provide clues about the same process in humans on Earth. The project will include scientists from Nottingham, Exeter, and Lancaster Universities.

Muscle loss, or muscle atrophy, induced by spaceflight is well documented, with the effects continuing for astronauts well after they return to Earth from a mission. T. Peter Stein, Professor in Rowan University's Department of Surgery, designed a study that looked at these effects, reporting: "Protein is lost from muscles and calcium from bones with anti-gravity functions. The observed biochemical and physiological changes reflect this accommodative process."

NASA conducted a similar experiment, named Rodent Research-3, in 2016 by sending mice into space to examine muscle loss. All of this indicates that there is a good body of research created around deepening our understanding of the process.

Smaller than any of the other test animals which have been used in past and recent studies for gathering data, the Caenorhabditis elegans measure only 1mm in length yet they are surprisingly good models for understanding decline of muscle function in humans. 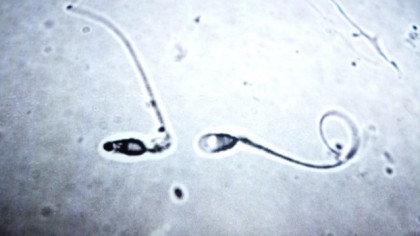 "Worms are, perhaps surprisingly, a very good model for human muscle maintenance. At the molecular level, both structurally and metabolically they are highly similar to that of humans and from a space flight specific perspective – they provide a lot of practical advantages. They are very small, quick to grow, cheap and easy to maintain. It makes them good to work with," said Tim Etheridge, Senior Lecturer at the University of Exeter.

The mission is a refreshing change, as the focus of many space missions, lately it seems, has been about seeking ways to one day transport humans to Mars--this one was created for the purpose of improving the way we live here. Although a specific date for the launch has not been announced, the Agency reports that some time between the time of November 2018 and February 2019 the launch is scheduled.

Researchers Develop Robot Fingers That Cool Off By Sweating

9 Exercise Myths That Have Been Debunked by Science