Three fishermen in Florida are reporting that Apple's assistant Siri saved their lives over the weekend. 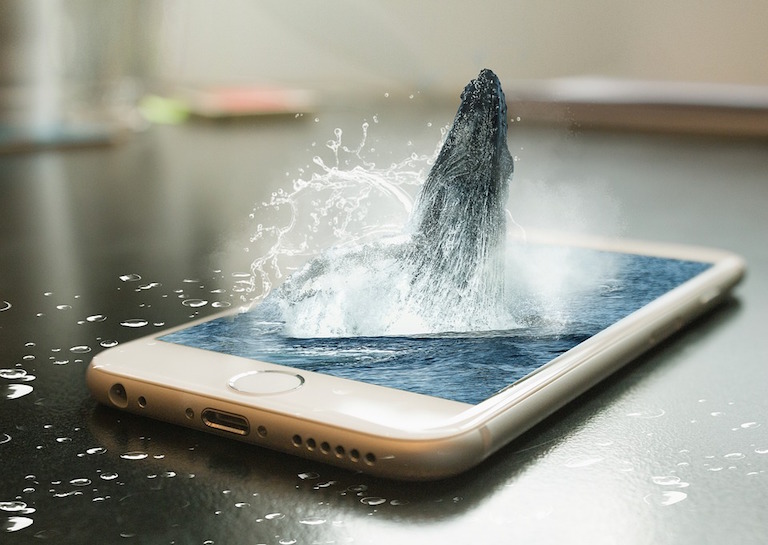 The men experienced rough seas while fishing off the Key Biscayne coast. They were four miles out into the open water when their boat began sinking. While they put on lifejackets, the men tried to call for help. However, they couldn't use the iPhone's touchscreen with wet fingers.

"They had an iPhone 7, which I'm learning today is waterproof.  However, he couldn't touch the screen with his fingers because they were cold, but he used Siri to call 911," said Sgt. James Barrett in an interview with the Fox4 news.

After calling 911, the Coast Guard found the men. A rescue diver remained with the men until police arrived to help them to safety.

While iPhone 7s themselves aren't advertised as waterproof, Apple fans have noted that the device is more water resistant than what Apple promised. There's also the chance that the men had some sort of protective casing on their phones -- especially given that the men are boaters.

While Siri certainly has her issues, this isn't the first time the system has been credited with saving someone. Earlier this year, a young boy used Siri to call for help on his mother's locked iPhone. Siri directed the call to dispatchers. Those dispatchers said if calling for help taken any longer, the mother's fate could've been different.

In 2015, a teenager from the United States activated the program while being crushed under his car. He was making repairs under his pickup truck when the jack collapsed causing the car to crash on top of him. He was home alone but managed to activate Siri to call 911.

Other Handy Things Siri Can Do

While Apple's virtual assistant isn't programmed to be a life-saving service, it certainly helped these people. However, there are a handful of unique things it can do that are surprisingly useful. iPhone users can program Siri to activate by raising their phones rather than bothering with the home button.

The assistant can navigate users home after a long night. It gives directions and ETAs. It can allow users to send messages and even wire money through third-party app access. Siri can also set alarms and reminders based on your location.

Apple finally released a complete list of what its famous assistant does. No longer do iPhone users have to stumble upon hidden and helpful features.