Chile could be the next major world leader in solar power. The government recently approved three solar thermal plants from SolarReserve, a US-based company. Combined, these sites are expected to produce electricity 24 hours a day, seven days a week. That's 450 MW of continual power. It could generate up to 2,600 GWh each year.

Rather than using traditional solar panels, thousands of solar mirrors concentrate heat into one central point called a thermal tower. The Tamarugal location will have three 150 MW towers. The heat gets transferred to molten salt which runs through the plant during the day before being stored at night. This superheated salt serves as "heat transfer fluid." When consumers need energy, the salt will be sent to a heat exchanger. There its heat turns water into a super-heated steam. That steam then moves a traditional steam turbine and generates electricity.

This molten salt stays hot for hours into the night in thermal storage tanks. The salt stores the thermal energy, according to SolarReserve. Each tower comes with 13 hours of energy story, giving a total of 5.8 GWh energy storage capacity.

"The Tamarugal project will help stabilize and lower electricity costs for Chilean families and businesses while ensuring energy security for the country," Tom Georgis, SolarReserve's senior VP for Development, said. 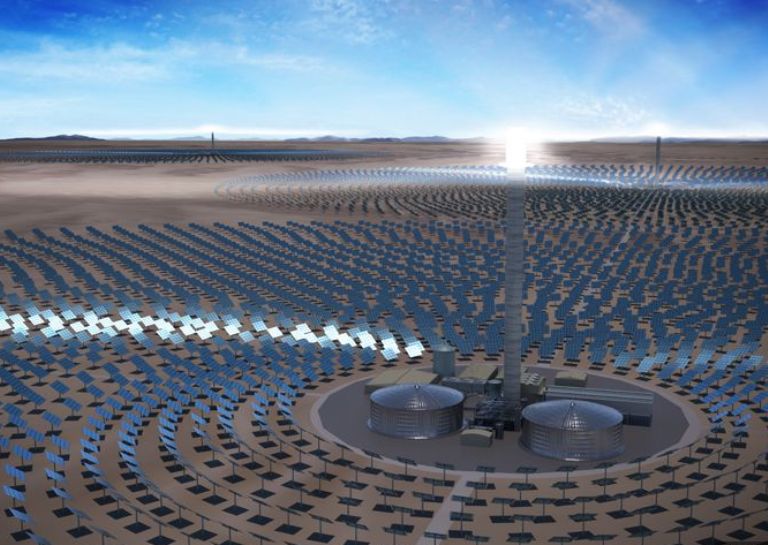 The company is no stranger to global development, as it has over $1.8 billion USD invested in projects worldwide. However, this particular project has the company's attention and priority as it shows incredible promise.

"What's happening in Chile is a preview of the future of solar around the world," said company CEO Kevin Smith. "We've proven that solar can compete head-to-head with conventional energy on both functionality and cost."

The next steps for the Chilean government and SolarReserve are to finalize Power Purchase Agreements so that the solar energy can be sold to Chilean grid managers. If everything goes as planned, the Tamarugal project is set to begin construction in late 2018.