The Times Astronauts were Saved by Duct Tape 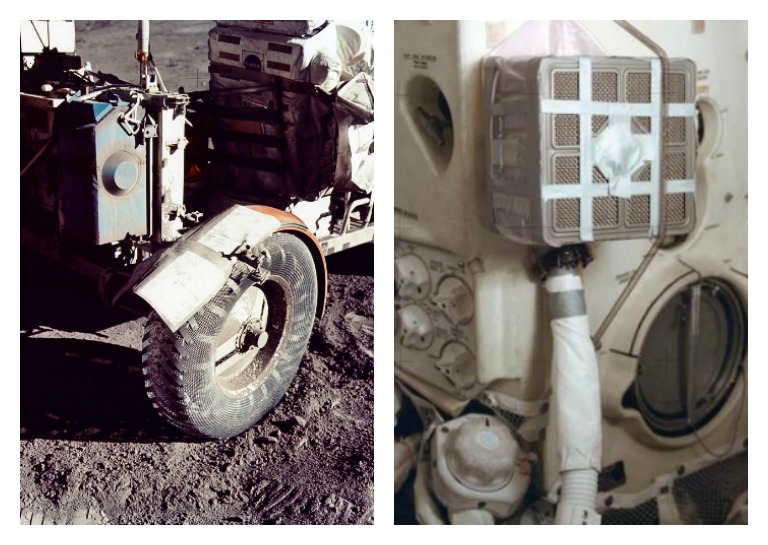 Normally, duct tape is the miracle material to fix nearly any mishap. However, the substance is not merely Earth-bound. NASA surprisingly swears by the capabilities of duct tape as well as it has made its way into mission critical fixes dating back since 36 years of space exploration.

The first tape repair was conducted Dec. 11, 1972 with astronauts Gene Cernan and Jack Schmitt. Their lunar module, Challenger, just landed in a mountain-ringed valley named Taurus-Littrow bordering the edge of the Sea of Serenity.  Following shortly after 60 seconds of touching down, Schmitt radioed into Houston,

"Batteries look good," which was quickly followed by "Oh, man!! Look at that rock out there!"

Curious about a neat rock lurking in the distance, the team began to quickly unload and pack equipment into the moon buggy. They were just about to set out to investigate the incredible looking rock right before Cernan's hammer, which was sitting in a pocket, clipped the fender and caused it to tear away. The following conversation ensued

Cernan: "Oh, you won't believe it. There goes a fender."

While Earth vehicles can carry out functions as per usual without fenders, the astronauts' mission could become jeopardized without theirs. The root cause is the plume of moon dust, often described as the 'roostertail' that flings up the rock into the air. Moondust is incredibly abrasive and a phenomenal heat sink. Without the fender in place, the dust would accumulate on the hinges, latches, and joints, causing massive failure. However, posing an even greater risk would be the accumulation of the heat absorbing dust on the astronauts, risking a significant chance of overheating from within the suit.

Naturally, the astronauts had to make the uncanny decision on what to do in order to continue the mission

Cernan: "And I hate to say it, but I'm going to have to take some time to try … to get that fender back on. Jack, is the tape under my seat, do you remember?" (He's referring to a roll of ordinary, gray duct tape.)

Cernan: "Okay. I can't say I'm very adept at putting fenders back on. But I sure don't want to start without it. I'm just going to put a couple of pieces of good old-fashioned American gray tape on it...(and) see whether we can't make sure it stays."

Fortunately, despite the massive gloves, Cernan was able to unroll and tear off the pieces of tape required. However, the moondust caused the first attempt to fail.

Cernan: "…good old-fashioned gray tape doesn't want to stick very well." (At a later post flight briefing he explained: "Because there was dust on everything, once you got a piece of tape off the roll, the first thing the tape stuck to was dust; and then it didn't stick to anything else.")

"I am done! If that fender stays on ... I'd like some sort of mending award." And with that, they were off.

The tape worked temporarily, however, NASA engineers quickly realized without a 'formal' fix, the following day's missions could be severely hindered. The final solution? Duct tape and a few maps that were lying around. The duct tape fix worked, and the mission proceeded as per usual. 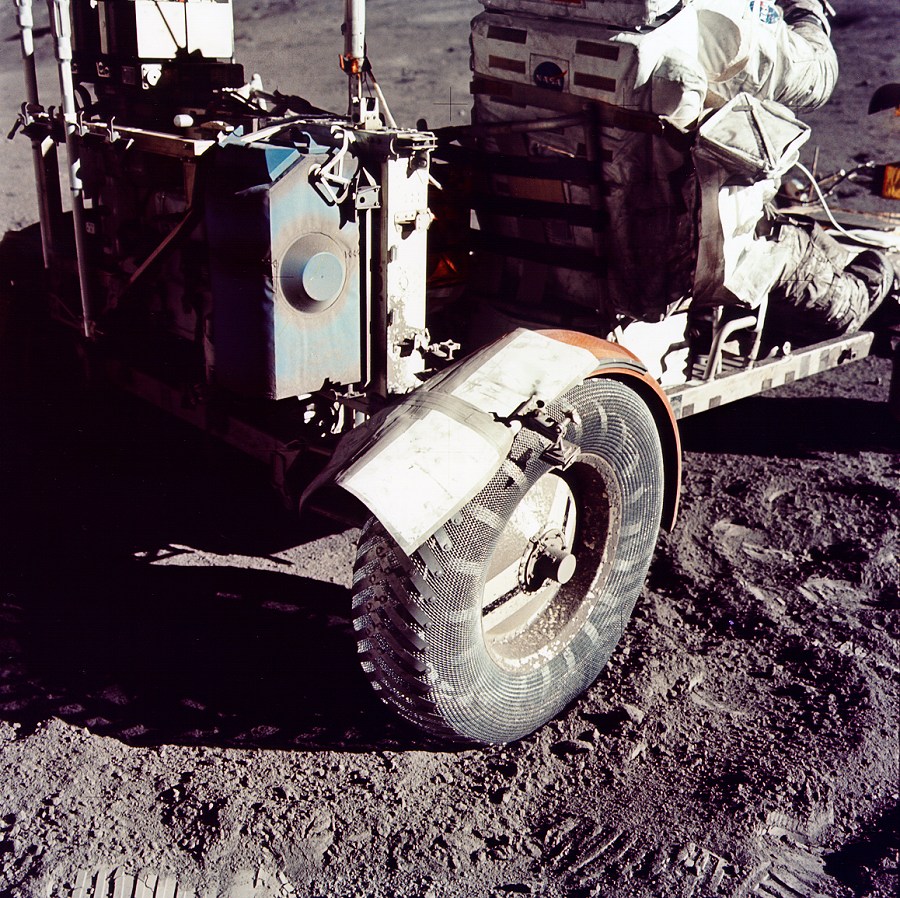 The fix, however, was far from NASA's last with the miracle tape.

The tape has also been used as a secondary foot-latching mechanism to keep astronauts grounded to the craft, making navigation easier. While the shoes feature cleats, not all areas had easily accessible locks to latch the astronauts in place. The obvious solution? Use the sticky side of duct tape to hold them in place. 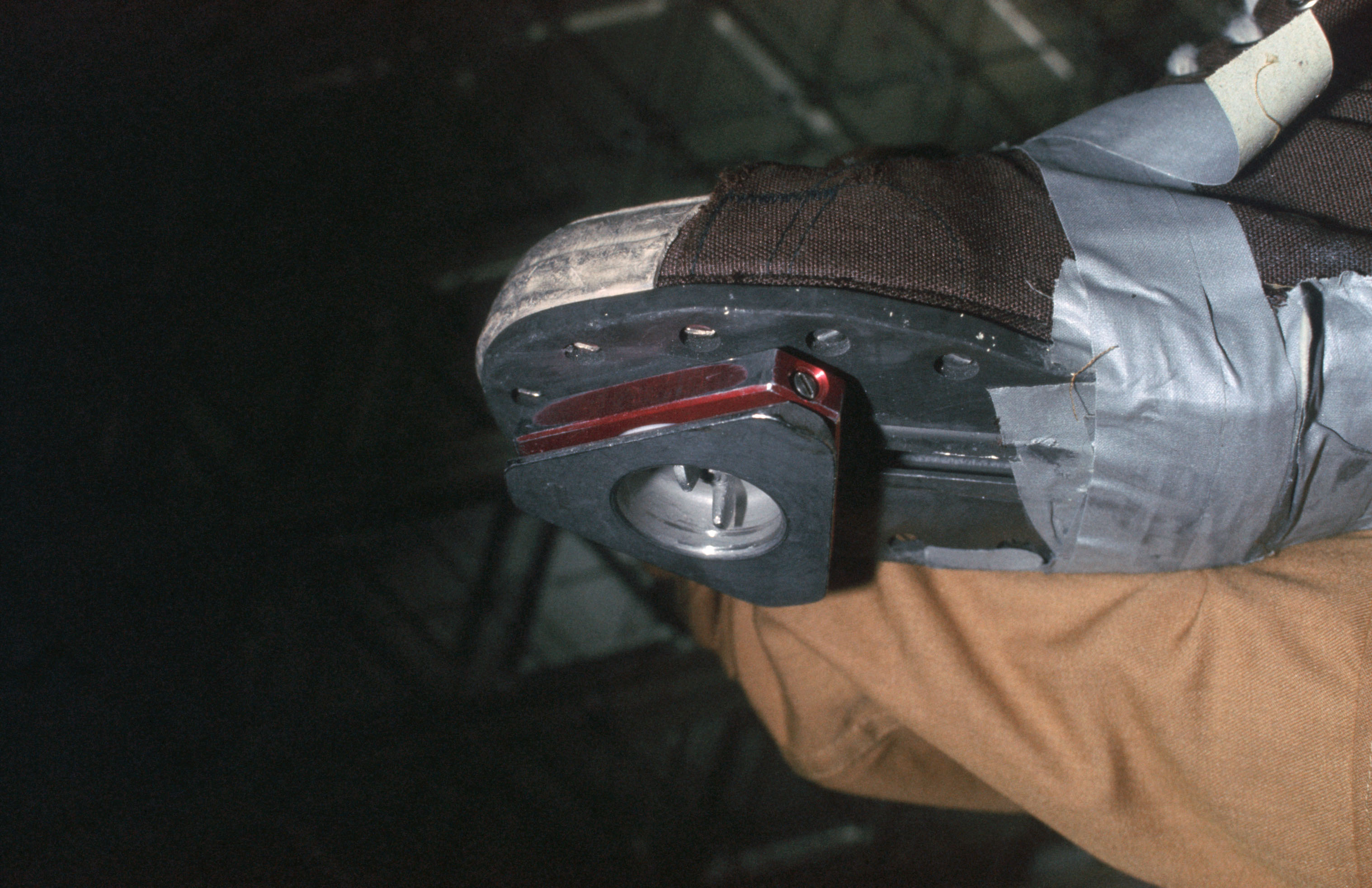 While in an enclosed environment, nothing could be as aggravating as the constant ringing of a faulty alarm. Naturally, with any chance of sleep being ruined, astronauts aboard the Space Shuttle Columbia in 1998 decided the problem had to be dealt with. The method of choice? Duct tape. After backup lithium hydroxide canisters were installed to keep the air safe while they worked, the crew discovered a leaky check valve in the air-scrubbing system was falsely alerting the electronics control unit. To fix the problem, the crew removed a hose clamp and used the tape to bypass the leaking check valve. 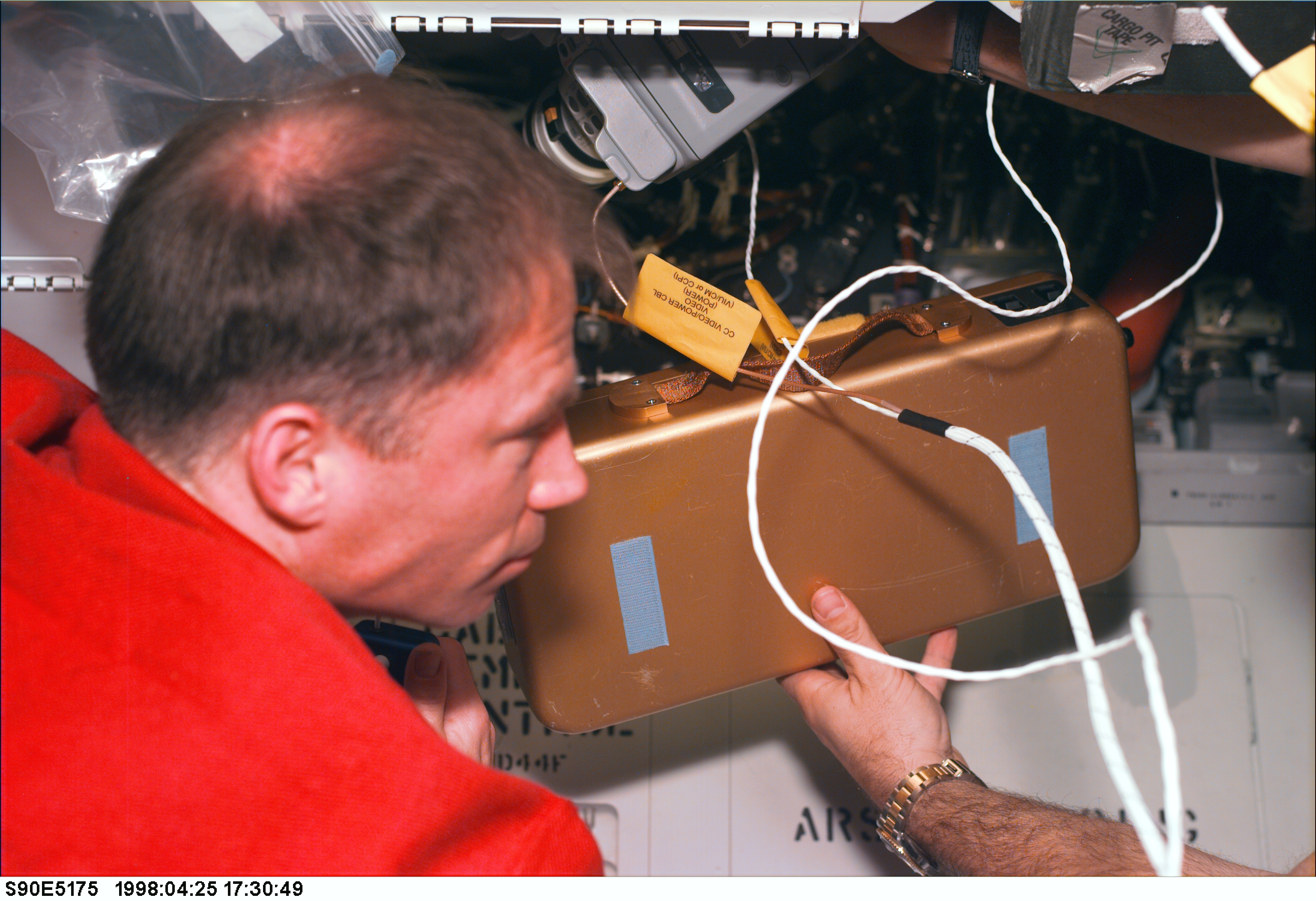 Before NASA implemented their 3D printer in space, tools had to be repaired or fabricated completely using what was available. Naturally, a big component of that was duct tape. The tape was used to mash tools together to create the necessary components. In some instances, the tape was used as a tool for itself. During one particular mission, space dust accumulated on critical joints. The tape was used to reach into the crevasses and remove it so the equipment could retain function without failure.

Fixing Pipes to Fit in Places they Don't Belong

Getting a square pipe to seal in a round hole sounds like a plumber's worst nightmare. What could otherwise be replaced and save the frustration does not necessarily pan out so easy hundreds of kilometers up. On the apollo 13 mission, the astronauts were faced with a deadly situation. An accident left two oxygen canisters damaged and the C02 converters were rendered useless. While the oxygen supply was not necessarily a critical issue, the carbon dioxide being pumped out by the astronauts themselves posed a greater risk. The lithium hydroxide canisters were a critical component in removing the C02 from the air.

“There were but two round lithium hydroxide canisters in the LM, able to provide filtering for two men for two days,”

“With the trip back to Earth at least four days in length, and three men on board, the carbon dioxide content of the cabin air would rise to poisonous levels, and the crew would expire without a solution.”

While there were many canisters available, with the attachment piece critically damaged, a seal could not be maintained. However, the engineers back at the base devised a genius plan to utilize a spacesuit to bypass the barrels meant to contain the filters

“The concept seemed to evolve as all looked on,”

“It was to attach a suit hose into a port which blew air through the hose into an astronaut’s space suit. If the space suit was eliminated and, instead, the output of the hose somehow attached to the square filter, perhaps, the crew could be saved. This, in effect, would bypass the barrel. The air blown through the filter by the suit fan would have no carbon dioxide as it reentered the cabin atmosphere.”

Using bits of plastic bags, cardboard, and of course duct tape, the engineers managed a viable configuration that ultimately saved the astronauts. The contraption Smylie and his team devised was tested on the simulators which functions beautifully. The team quickly notified the astronauts who began the quick fix immediately.

As Jim Lovell once  wrote within his book “Lost Moon, “The contraption wasn’t very handsome, but it worked.”

Fortunately, the lives were saved. 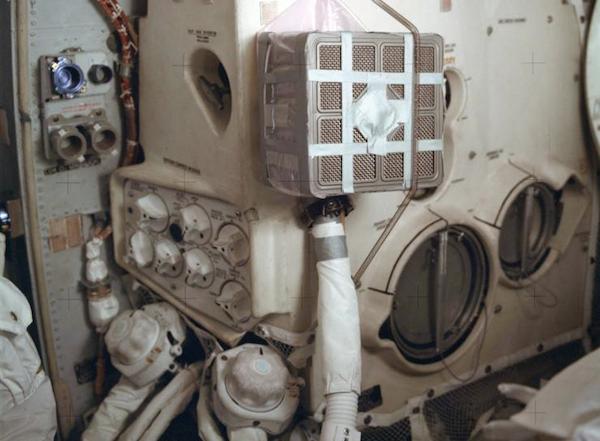 While it may not be the most pretty solution, perhaps duct tape has become synonymous with the ultimate quick fixer. From Earth to space, duct tape has no limits.