This Tiny Microchip Can Heal Live Tissue with a Single Touch

We might truly be living in the future, with the advent of a new nanochip technology which can instantaneously heal live tissue, and which is taking the medical and tech industries by a storm this week.

At Ohio State University, a team has developed a prototype for what is being called Tissue Nanotransfection, or TNT. The small hand-held device simply sits on the skin, and then an intense electrical field is generated which, while hardly registering to the patient, delivers specific genetic material to the tissue directly beneath. 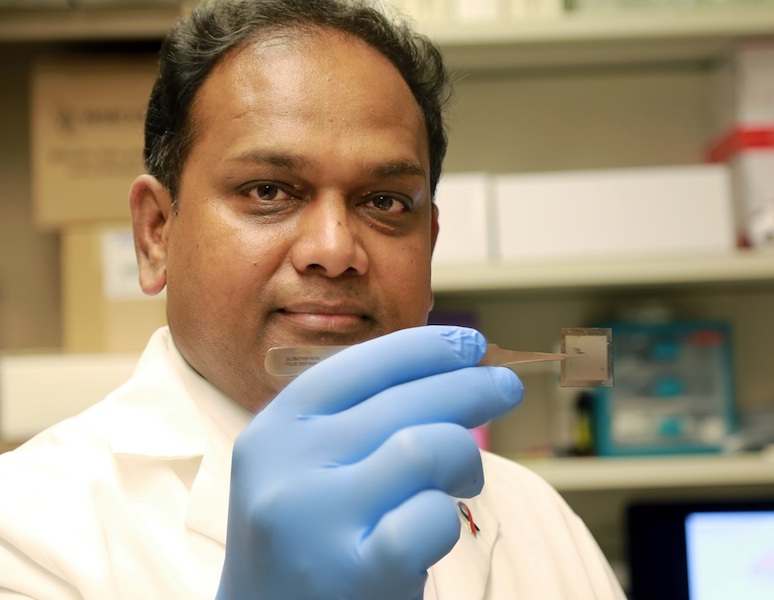 The next steps happen within the body, where those genes create their own cells, literally reprogramming into a new type of deficient cells, which can then be distributed either locally, to specific organs, or even throughout the body.

One of the study leaders, Chandan Sen feels that rather than use a futuristic analogy, the outcomes are actually more similar to good old fashioned working the land. "We have shown that skin is a fertile land where we can grow the elements of any organ that is declining."

How does TNT actually work?

However you describe it, the technology is unlike anything the medical world, or the world of technology has ever seen. And yet Sen claims it works “about 98% of the time”, which is an astonishing success rate for such a new innovation.

There are two elements involved in the process, which is entirely non-invasive and can be implemented at the point of care without any need for lab-based procedures of any kind.

The nanotech-based chip has been built to deliver cargo to adult cells, and then the biological cargo itself is built for cell conversion. The electrical charge is so small that it is barely felt by the patient, and the cargo is automatically delivered, without leaving the chip behind. The video below, created by OSU’s Wexner Medical Center demonstrates the process.

How quickly are we seeing results?

As it stands, the study has only been performed on mice and pigs, but the researchers are hoping to begin human clinical trials next year. In the current study on animals, the researchers successfully reprogrammed skin cells into becoming vascular cells. This meant that subjects with badly damaged legs, in some cases having severely limited blood flow, were able to literally regenerate their own damaged cells. Not only that, but the results were seen within one week, with active blood cells appearing. A week further into the study, and the legs were saved entirely.

Lab tests also attempted the technology for brain-injured mice, using skin cells again, but this time reprogramming them into nerve cells successfully. This has ramifications for stroke patients, perhaps suggesting that damage could be reversed or healed.

One amazing benefit of this technology is that as it is the body’s own cells that are being used, there is no risk of the system attacking them like it might with foreign cells. The patient will not even need immunosuppressant drugs to ward off infection.

The device, which is only the size of a penny, has already been linked to repairing injured tissue, as well as restoring the function of tissue which has aged. This could include organ damage, blood vessels, and nerve cells-even in the brain. As a non-invasive procedure which actually reprograms cells, this is a serious breakthrough.

The ease of treatment is also a strong benefit, as it could be performed at the hospital bedside or even at your local doctor's office, with no pain, and no wait times.

The news is pretty hard to ignore, and the web has been lighting up today with people’s opinions and awe. While some remain speechless with how futuristic and exciting this development is, others are already putting themselves forward for human testing.

@ashleymaytweets Loved Tissue Nanotransfection article.  If you learn of researchers needing a human I have severe Neuropathy.  PapaHilliker

The future is now

While we will have to all wait a little longer to discover the effects on human bodies, cellular therapies are being given a lot of attention right now. Historically, cell treatments like this came with concerns, and doctors needed to think about limited cell sources, and complex pre-processing steps, such as isolation to limit infection. This technology takes those fears away entirely, and is an almost obviously elegant solution. 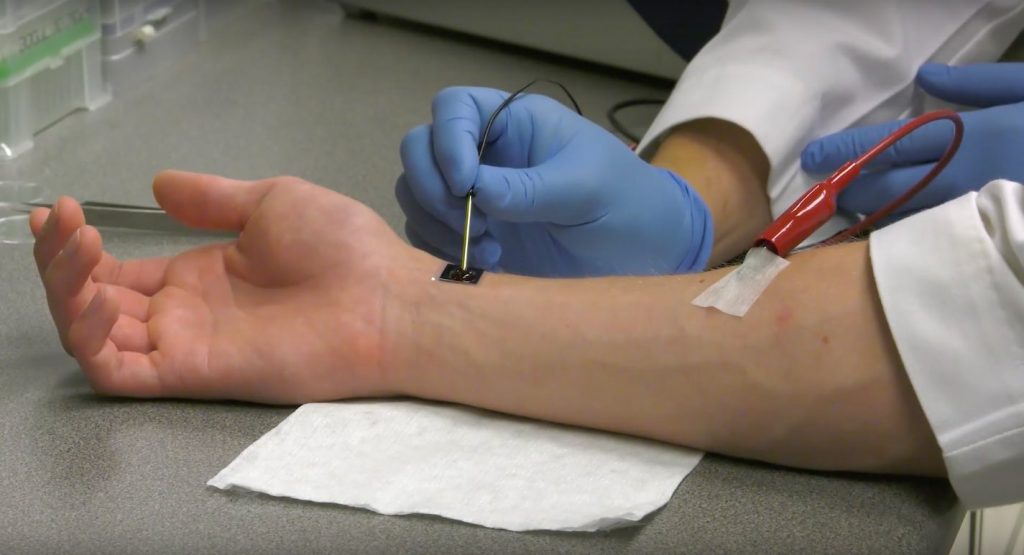 Co-author of the study L James Lee said in a recent statement that “The concept is very simple. As a matter of fact, we were even surprised how it worked so well. In my lab, we have ongoing research trying to understand the mechanism and do even better. So, this is the beginning, more to come.”

The study has been published in the Nature Nanotechnology journal, and the full results can be read and analyzed there.

SEE ALSO: These Pac-Man Like Microbots Can Capture and Transport Single Cells