Google celebrates the life of the man who determined that not all stars become white dwarves after they die. He's the first astrophysicist to ever win the Nobel Prize.

Google changed its logo in 28 countries today to honor one man -- Subrahmanyan Chandrasekhar. Look to the night sky or to our sun and you'll see what inspired Chandrasekhar most in his career. His passion for stars led him to win the Nobel Prize for his theory of evolution of stars.

Born in 1910, he began his early schooling as a child prodigy. His theory of a star's lifecycle began before he was 20 years old. In his autobiography, he noted that his mother was a "woman of high intellectual attainments," and his uncle Sir CV Raman won the 1930 Nobel Prize in Physics. He excelled in college, completing a bachelor's degree in physics in 1930. He earned a scholarship to the Univesity of Cambridge and earned his PhD in just three years.

Today's Doodle features Chandrasekhar Limit, his most notable contribution. He initially developed it during his time at Cambridge. Recent understandings of stars were that after a star had converted all of its hydrogen to helium, it would contract and lose energy becoming white dwarf stars. However, Chandrasekhar specified what else could happen to larger stars. He calculated that once a star reaches 1.44 times the size of our own sun, it will collapse and become a black hole or neutron star rather than forming a white dwarf.

However, skepticism around his research stifled acceptance of the lifecycle of stars. At the 1935 meeting of the Royal Astronomical Society in London, Sir Arthur Eddington convinced Chandrasekhar to present his research. Eddington then proceded to dismiss the calculations as "mere mathematical game playing."

Two years later, Chandrasekhar moved to the United States and began working at the University of Chicago. During his first years in the U.S., he was invited to join the Manhattan Project team. However, his security clearance was delayed because he was an immigrant. He did, however, contribute to the Ballistic Research Laboratory in Maryland. The U.S. government granted him citizenship in 1953, nearly 16 years after coming to the U.S.

It would take 30 years before more accurate calculations thanks to computers and also the R&D of the hydrogen bomb before Chandrasekhar earned credit for his calculations. Black holes, which featured prominently in his work, were identified in 1972. He earned the Nobel Prize in Physics in 1983. 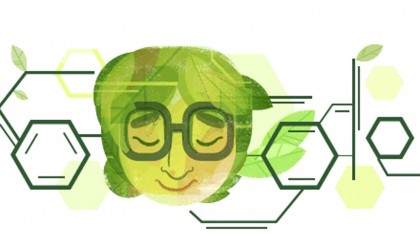 He did most of his notable studies to and from India to Britain in the early years of his career. He initially pursued working at Cambridge, but ultimately, he landed at the University of Chicago and spent the majority of his career there.

Chandrasekhar died in 1995. Even in his death, Chandrasekhar wanted to inspire young scientists. His remaining Nobel Prize money went to support astrophysicists at the University of Chicago.

His book Truth and Beauty gives important advice to aspiring scientists and researchers: "What a scientist tries to do essentially is to select a certain domain ... and see if that takes its appropriate place in a general scheme which has form and coherence; and, if not, to seek further information which would help him to do that."