Tokyo has built a giant network of underground tunnels and caverns all to keep the city safe during torrential downpours and floods.

Sprawling concrete jungle cities are especially vulnerable to flooding since they lack soil, rain-absorbing trees, and vegetation. Metropolises were not built with flood management in mind. Concrete makes a terrible flood sponge, and with weather occurrences tending to increase in severity in recent years, flooding has become a central pain point for most big metropolitan areas.

One city has decided to tackle the issue of flooding quite seriously–Tokyo. A gigantic underground flood system was constructed over the course of 17 years and with a price tag of 2.6 billion US dollars. It's the world's most advanced system to deal with flooding on a massive scale. Take a look inside the labyrinth-style underground chamber where flood water goes when Tokyo gets battered by a torrential downpour, a monsoon or typhoon: 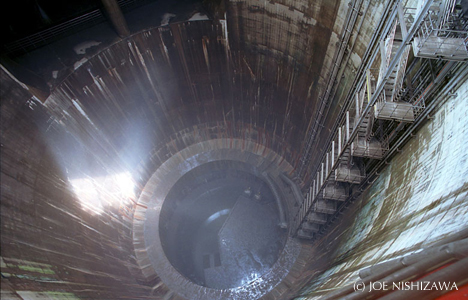 The project is called G-Cans and it's comprised of gargantuan tunnels, colossal water tanks, massive pillars and enormous pumps that all work together to divert flood waters out to the Tokyo Bay and away from the city's 35 million inhabitants. The system works by channeling the overflowing floodwaters of rivers in and around Tokyo into the underground tunnels and silos. The project was undertaken by the Japanese Government and overseen by the Japan Institute of Wastewater Engineering Technology. The facility is capable of withstanding a historic flood, the kind that only comes every 200 years. Tokyo exists on fairly low-lying ground and as a result, is particularly sensitive to flooding. 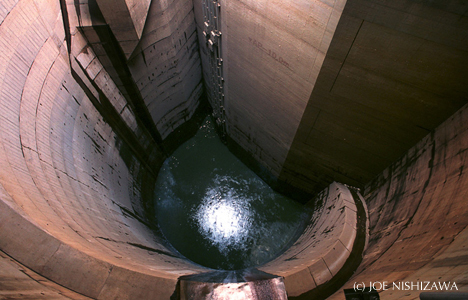 The tunnels run over 100 km in length and there are 213 foot tall flow-regulating silos connected to them. The main tank known as the "Underground Temple," is an 83 foot tall, 580 foot long area that resembles a sort of bizarre underground cathedral. Each of the 59 pillars in this "Temple" are 65 foot tall and weigh 500 tons. If it looks familiar to you, that's because it has appeared in films, advertisements and video games recently. The humongous drainage system can pump over 200 tons of water per second. The pumps that push the water through these tunnels are unbelievably huge and were constructed from rocket pumps.

The underground tunnel system is also a tourist attraction during the dry season. The official translation from Japanese for G-Cans is the Metropolitan Area Outer Underground Discharge Channel. Visitors can step foot inside the world's largest drainage system for free but the tour is only available in Japanese so foreigners must have a translator present for safety reasons. If your attention span allows you to spend more than a few minutes absorbing information, check out the video below. It's a fascinating, awe-inspiring and in-depth look at G-Cans: