These Japanese universities have shown great strength in developing new research related to many engineering topics.

Many students are attracted to Japan’s education quality and standards. So for students pursuing a career in the engineering field, here are some of the universities I can recommend for you to check out. 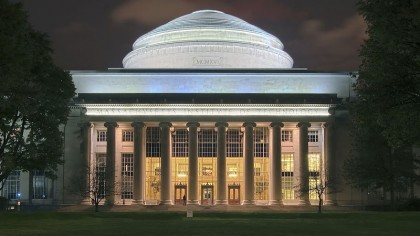 Tohoku University is located in the second largest city in the north of Tokyo called Sendai. It was first established in 1736 as a medical school and is now known as the third oldest Imperial University in the country. It has been recorded that as of 2015, there were over 1,500 international students from 90 different countries out of more than 17,000 students. Approximately 10,000 students are enrolled in undergraduate programs. For the master’s and the doctoral levels, there are approximately 4,000 and 2,600 respectively. Its ranks are at 201st to 205th according to The World University Rankings.

Kyoto University has over 22,400 students and over 1,900 staff. There are approximately 8% international students and, from the total population, 24% are female and 76% are male. Kyoto University was founded on June 18, 1897, as a public or national university. It occupies approximately 333 acres of land and it is one of the most accomplished universities that is research-oriented all throughout Asia. It ranked 74th in The World University Rankings.

Osaka University has over 23,000 students and more than 2,200 staff. 10% of the entire student population is composed of students from different countries outside Japan. There is 31% female student population and 69% male student population. The university was founded in 1931 and today, it has 11 undergraduate schools plus 16 graduate schools. Included in its facilities are the Research Center for Nuclear Physics and the Cybermedia Center. Some of its notable alumni include Akira Yoshino, inventor of the lithium-ion battery, and Akio Morita, the founder of Sony. The university covers ranks 201st to 205th in The World University Rankings.

Kyushu University has more than 18,600 students and more than 1,400 staff. 12% of the student population comes from countries outside Japan. There are approximately 29% female students and 71% male students. It is a public university located in Fukuoka and known as one of Japan’s National Seven Universities. It was founded in 1903 with the aim to provide the highest levels of education, research, and medical activities. It ranked 351st to 400th in The World University Rankings.

Hokkaido University has 34 faculties with the strongest research fields in chemistry, earth and ocean sciences and material sciences. Other faculties include law, medicine and economics and business administration. Hokkaido University is one of Japan’s National Seven Universities. It was founded in 1876 and was included in 2015 on Reuters as one of the world’s top 100 universities that are most innovative. It ranked 401st to 500th in The World University Rankings.

Tokyo Metropolitan University has more than 9,200 students and approximately 1,000 staff. 4% of the student population is composed of international students. There are 36% female students while there are 64% male students. Out of the total student population, there are about 6,900 undergraduate students and more than 2,000 graduate students. The university is the only school that’s established by the Tokyo Metropolitan Government. It ranked 501st to 600th in The World University Rankings.

Chiba University has more than 14,000 students. Only 5% are international students; total student population has a female-male ratio of 37% by 63% respectively. The Chiba University was founded through a combination of several local schools in 1949. The aim of this university is, “Always Aim Higher”. It also ranked 601st to 800th in The World University Rankings.

Schools in China Switching to Online Education Amid Coronavirus Outbreak

Nader Mowlaee is an Electronics Engineer, working as an Engineering Career Coach and Technical Recruiter since 2012. Nader is inspired by motivating confidence in engineers and helping job seekers take calculated actions to move towards their career goals. Nader’s mission is to enable engineers to break away from their fears and create the ideal career they want. He helps engineers strengthen their Communication, Personal Branding, and Networking skills, resulting in job interviews and job offers fast. You can contact Nader on LinkedIn.