The technology sector has opened its doors to many opportunities, enabling professionals to get access to some of the highest paying IT jobs.

For many years, doctors, financial managers and lawyers – and even those in the corporate white-collar positions – usually got the recognition of ‘highest salary paid.' Today, the technology sector is experiencing an enormous growth, enabling professionals to get access to some of the highest-paying tech jobs.

These high salaries are based on current state of the world. We are highly dependable on computer systems, programs and other digital products and services. So, computer science as a profession is highly sought after. Even if you only have a bachelor's degree, you can get a good job and create a nice life for you and your family.

This list is in no particular order because these jobs require different skills, so I would like you to get a clear understanding of what you can earn with your existing skills, rather than which skills you should have to get paid more. This short guide can help your career and give you some nice free tips! Read on! 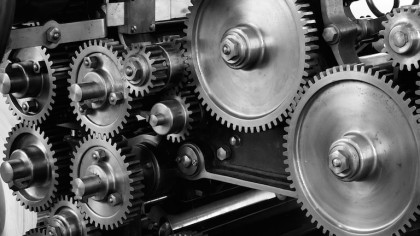 Like a typical scientist does, they test or experiment with processes, formula, or solutions until they find one that works the best. So a data scientist is dedicated to testing and experimenting with data. He or she analyzes data based on research and determines whether the data gathered are relevant to the company or team’s expectations.

Easily in the top 5 highest paying IT jobs, data scientists are the secret weapons of large enterprises in identifying problems and solutions, as well as new opportunities. They are responsible for collecting, cleaning, and validating data so the company can present accurate and complete information to its partners, investors, customers, and clients.

Data Science skills you need to know (and have) if you are looking into moving towards this career path include more than just technical expertise. You need analytical and presentation skills. You will be testing and reading many data points. You must know how data applications like SQL, Tableau, R, and P work among others. Moreover, you must be great at talking about and presenting this information to a large group in person, on a live webinar or a conference call. These required soft skills increase your worth as a data scientist and guarantee you a spot in the top 5 highest paying IT jobs.

This was one of my favorite jobs to recruit for, because of the complexity of its requirements, and certainly among the highest paying IT jobs. DevOps is known as Agile System Administration or Agile Operations. A DevOps engineer should have the following skills to succeed in this career:

• You need to have a high level of understanding in administrating Windows and Linux OS. To be hired, companies usually require 5-10 years of experience in the field.
• Virtualization experience with private and public clouds – VMware, KVM, Xen, and Hyper-V among other examples.
• You cannot pass for a DevOps Engineer position if you do not have a broad technical background. You will be designing solutions for the company you work for.
• Know how to script with Python, Perl, Ruby, Bash, Powershell, JavaScript, and other language scripts.
• If you have coding experience, then that is a big plus. You should code in C+, C++, ASP, and NET.

Perhaps towards the bottom of the list for the top 10 highest paying IT jobs, a Java Developer is also called a Java Programmer. This role requires a high standard of programming skills. Some of a Java developer’s responsibilities include, but are not limited to, developing and designing prototypes and then testing these prototypes, taking part in the development of software and architecture, and coding using different languages like Perl, Python, and Java XML among others.

In other words, employers look for Mobile Developers who can code in different platforms. They also look for those with UX/UI design and programming skills using languages like Java, HTML5, C#, and PHP.

Also among the bottom five jobs, in the top 10 highest paying IT jobs list, a Mobile Developer’s annual salary is $72,000 on average. Most mobile developers in the United States are composed of men. The factors affecting their salary are residence and experience level.

What skills do Front-end Developers have?

When hiring for this position, employers choose those who know how to code using different modern programming languages like HTML, CSS, JavaScript, and jQuery. They should also know how to create responsive website designs that are suitable for computer, mobile, and tablet screens.

Here is where it gets interesting because this is where things can vary if you choose to be an independent contractor (similar to several other IT jobs – but in this position, there’s just so many more opportunities). The annual salary of Frontend Developers as recorded in 2014 was at $75,563. This can go up to $100,000 because of the demand for highly skilled front-end developers in the market and a diverse position on our list of top 10 highest paying IT jobs.

Some will disagree with me on this, but being a DBA is perhaps the most boring job on this list. I know I’ll get some flak for saying this, but I never had much fun recruiting for these positions, and based on what we’re talking about here (top 10 highest paying IT jobs) this is probably where you won’t make much money.

With that said, Database Administrators or DBAs are responsible for directing activities about maintaining a trusted and secure environment for databases. They are responsible for the designs and implementation of system processes and policies. These policies and procedures are aimed at protecting, maintaining, and managing the use of database management systems. DBAs can also train employees on how databases are managed.

Though this job finds itself in the bottom five of the highest paying IT jobs, .NET Developer is one of the most important IT positions in any large enterprises. As employers look to make the workplace more productive and profitable, they consider skills in every aspect. Some of the skills they require for this particular role are:

1. The understanding of technologies and programming languages like HTML, CSS, jQuery, Bootstrap, and JavaScript.
2. The mastery of the ASP.NET MVC and web programming skills.
3. The expertise in using Microsoft’s SQL servers as well as NoSQL servers.
4. The certification of the candidate in the Microsoft Certified Solutions Developer or MCSD.
5. The certification of the candidate as Microsoft MVP or Most Valued Professional.

In new start-ups or any technology firm, a Product Manager is one of the most important roles. Product managers are responsible for the product launch strategy, the roadmap of the business, and innovations, which in return puts them on top of the highest paying IT jobs list. Basically, people who are doing this job are performing marketing duties (with a bit of finance management).

The Product Manager’s best practices are including, but not limited to, the following:

1. Understanding the goals of the management when it comes to building new products and improving existing products.
2. Knowing how to talk to customers directly to increase the level of customer service satisfaction. This is usually through feedback or surveys.
3. Becoming a firsthand user and consumer of the company’s products.
4. Spending time listening to support calls to get an idea of what questions customers have and what issues they usually encounter.
5. Communicating with the company’s Sales Manager as part of the product management’s research to better understand what works and what does not work for customers.

Salaries for Product Managers vary a lot, starting at $38,000 and can go up to more $200,000 every year. The factors affecting the salary level are seniority, location, education, and the industry.

If you want to have one of the highest paying IT jobs in the world, while being very important and almost irreplaceable, you’re ought to consider a career in Systems Architecture. Though you must be aware of the extensive list of responsibilities you will be expected to perform well.

As a systems architect, you are tasked with the overall design or blueprint for the company’s systems that manage its products and solutions. You need a high level of planning and development to create processes and solutions based on the blueprints provided to you. Again, roles and responsibilities, as well as titles may differ from one company to another. The job requires lots of knowledge and experience as you will be responsible for the functionality and security of a whole network.

These are some of the highest paying IT jobs available in various industries. The salaries mentioned are all average calculations unless specifically mentioned, and they can be different from one company to another and other factors referred to in some items above. There are lots of options ahead of you so make sure to pick the right one!

What is your next dream job? Where would you like to start from?

These Top-Rated Gadgets From 2019 Are All on Sale

Nader Mowlaee is an Electronics Engineer, working as an Engineering Career Coach and Technical Recruiter since 2012. Nader is inspired by motivating confidence in engineers and helping job seekers take calculated actions to move towards their career goals. Nader’s mission is to enable engineers to break away from their fears and create the ideal career they want. He helps engineers strengthen their Communication, Personal Branding, and Networking skills, resulting in job interviews and job offers fast. You can contact Nader on LinkedIn.