You could never defeat the force of nature - unless you're an engineer! Just take these earthquake resistant structures as examples.

Earthquakes are one of the most destructive forces of nature. Structures and infrastructures suffer the most when an earthquake strike a seismically active region in the world. Seismic loadings must, therefore, be taken into account when designing structures especially those that are considered as skyscrapers.

Let's roam around the world together and discover the top 5 earthquake-proof structures and learn how buildings can be designed to resist extreme seismic loadings.

How do earthquakes happen?

As an engineer, it's important to initially understand what the problem is to make the solving part easy. So, what exactly is an earthquake and how do they happen? 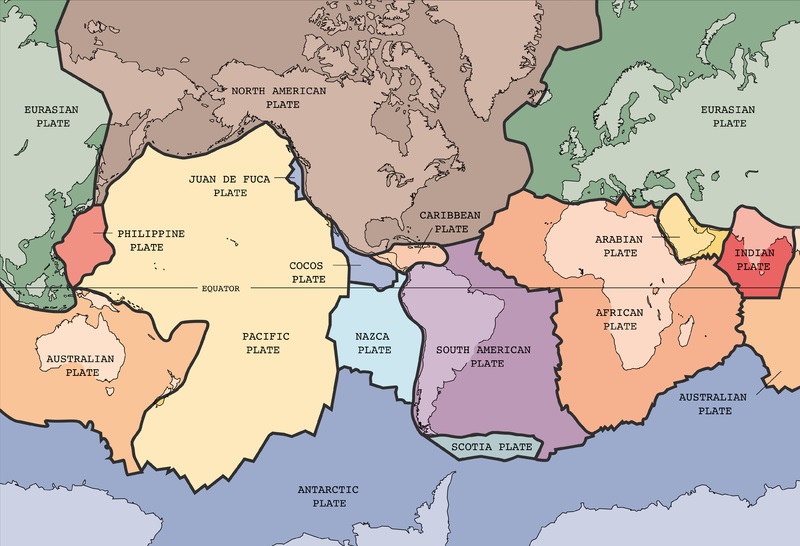 Watch this short clip by Professor Iain Stewart, a geologist from Plymouth University, to find out more about how earthquakes happen and how they affect structures. Knowing that waves radiate from the base of a structure throughout its whole body is essential in designing earthquake-resistant buildings.

Sabiha Gökçen is one of the two international airports in Istanbul, Turkey, which is located near the North Anatolian fault. It was designed by the engineering firm Ove Arup to have 300 base isolator systems that can withstand up to a maximum of 8.0 Mw earthquake. The base isolators can reduce lateral seismic loadings by 80% which makes it one of the largest seismically isolated structure in the world. 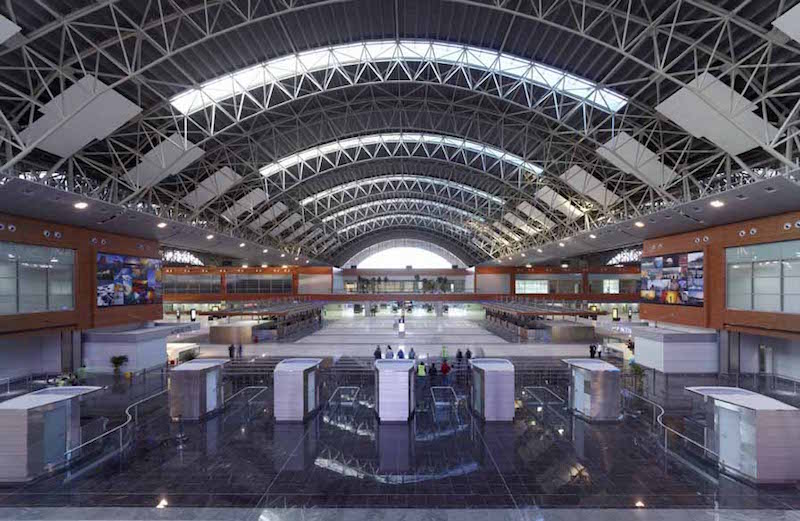 The Transamerica Pyramid is an iconic 1970s structure hosted by the Californian city of San Francisco which sits closely beside the San Andreas and Hayward faults. In 1989, the Loma Prieta earthquake struck the structure at a magnitude of 6.9 Mw which caused the top story to sway, by almost one foot from side to side, for more than a minute but the building stood tall and undamaged. This earthquake resistance feat can be attributed to the 52-foot-deep steel and concrete foundation that is designed to freely move with seismic loadings. Vertical and horizontal loadings are supported by a unique truss system above the first level with interior frames extending up to the 45th level. The complex combination of these structural systems makes the building resistant to torsional movements and allows large horizontal base shear forces to be absorbed. 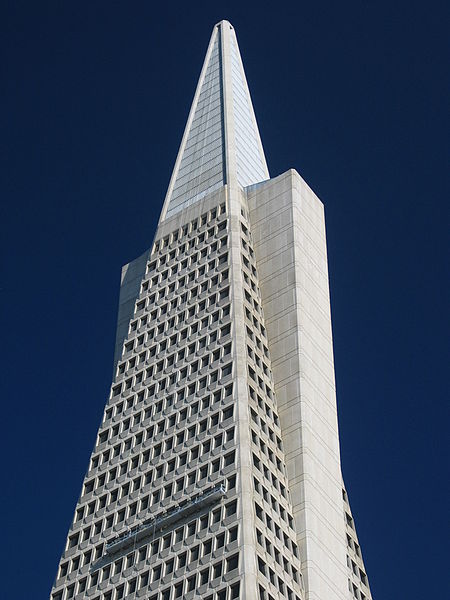 I don't think this skyscraper requires any introduction. Burj Khalifa is simply one of the most iconic supertall structures in the world. And wait, it's also earthquake resistant!

The structure is composed of mechanical floors where outrigger walls connect the perimeter columns to the interior walling. By doing this, the perimeter columns are able to contribute support for the lateral resistance of the structure and the verticality of the columns also help with carrying the gravity loads. As a result, Burj Khalifa is exceptionally stiff in both lateral and torsional directions. A complex system of base and foundation design was derived by conducting extensive seismic and geotechnical studies which gave the skyscraper stringent structural measures against earthquakes. 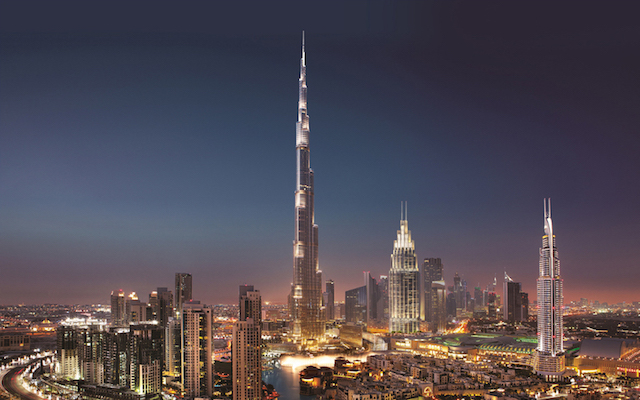 Taipei 101 is perhaps one of the most mesmerizing supertall skyscrapers in the world. The architectural exterior design, by C.Y. Lee, was inspired by the Asian mentality "we climb in order to see further". 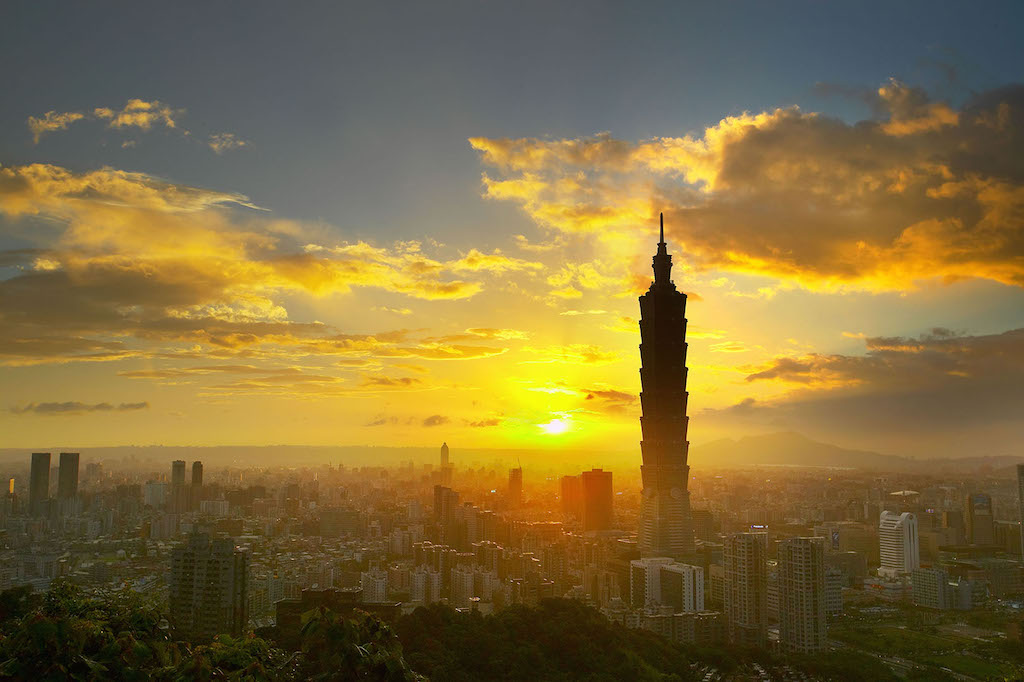 Putting aside the architecture, the mind-blowing fact about Taipei 101 is that it houses the biggest tuned mass damper (TMD) in the world! It's basically a gigantic metal ball that counteracts big transient loadings like wind and earthquake to reduce the sway of the supertall tower. The TMD is supported by hydraulic viscous damper arms and bumper system which function in the same way as a car's shock absorber. When large forces act upon the tower the TMD sway in the opposite direction bringing the entire building in equilibrium by damping out the transient forces using the ball's mass. How amazing is that?

This earthquake damper system is located between the 87th floor up until the 92nd level. 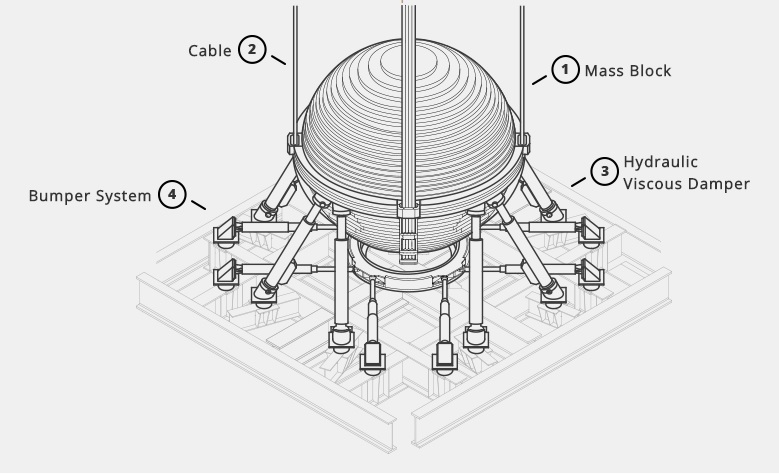 The Philippine Arena is the world's largest domed arena and is the most amazing earthquake-proof structure. It is owned by the religious group the Iglesia Ni Cristo (INC) who has commissioned this 55,000 seating capacity arena for their 100th founding anniversary three years ago on July 27, 2014. It is the centerpiece of the tourism enterprise zone called Ciudad De Victoria in Bulacan, Philippines. 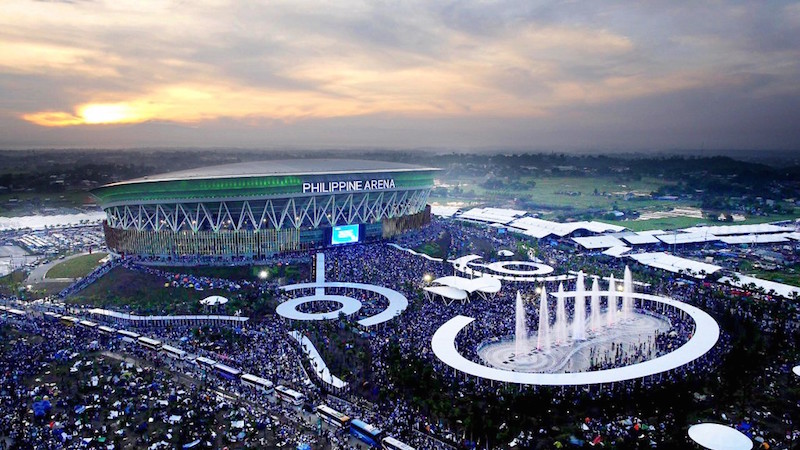 The arena was designed by the Australian architecture firm Populous and the elite engineering firm Buro Happold. You can appreciate the greatness of this structure by its susceptibility to earthquakes and how it was designed to resist large seismic loadings.

The Philippine plate sits along the Pacific ring of fire, the world's most notorious and active chain of earthquake fault lines. Previous earthquakes in the country has surmounted up to 8.2 Mw and have claimed thousands of lives where the epicenters originate and the seismic activities were also responsible for igniting volcanic eruptions and tsunamis. 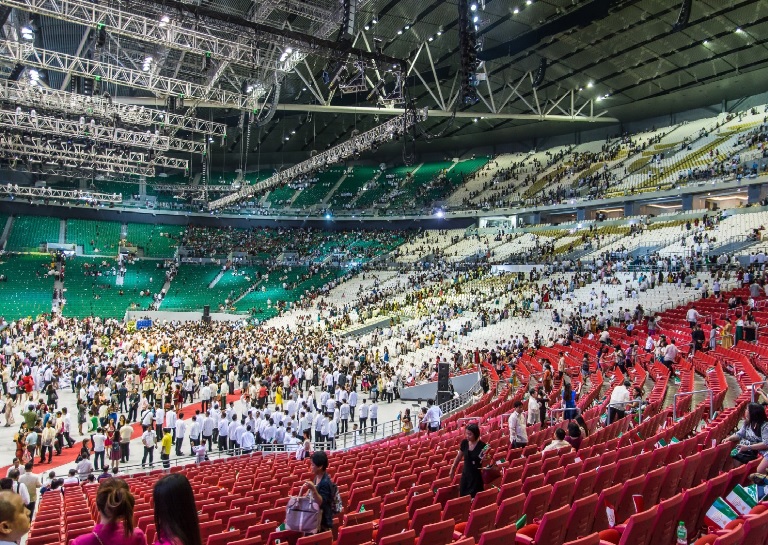 Philippine Arena's vast stadium roof, spanning 165m in the shortest direction, was engineered to withstand severe transient loadings such as earthquakes, winds, and typhoons. During an earthquake tremor, the lateral loads that generate throughout the structure can be up to 40% of its mass. Buro Happold cleverly responded with an independent base design for the entire structure which means that the main structural body of the arena is isolated from its base and foundation. The gap between the main structure and base foundation system is composed of lead rubber bearings (LRB) which are a flexible arrangement of materials with high energy dissipation properties. This allows the base and foundation system to freely move with the earthquake force while the top structure remains stationary during dynamic actions. This is truly an amazing earthquake engineering feat! I am yet to find another seismic resistant design that can rival that of the Philippine Arena.

The next time you visit one of these structures, take a moment to appreciate not only the architectural aesthetics but also the magnificent engineering feats they have to offer. You could never defeat nature as it's the most powerful force that exists in the universe - unless you're an engineer, then you can just use your technical skills to cheat nature! Just take these earthquake resistant structures as examples.

Caribbean Earthquake of 7.7 Felt All the Way in Florida, Offices Had to be Evacuated