Engineers use their tenacity, sharp attention to detail, and other skills of the trade to succeed in the business realm. More and more, we're seeing engineers step into prominence by becoming CEOs.

Engineers are far from being "normal" people. They are built from different stuff, and they use those talents to build different stuff. They are often introverted, tend to be good with numbers, and love building and fixing things.

These kinds of qualities and more set them apart from others, and make them especially suited for looking at the world from a different angle.

Software genius and founder of Envoy Larry Gadea believes this makes them ideal for CEO positions. Envoy, in case you didn't know, are an iPad based visitor registration system. It is used by more than 2,000 companies including Airbnb, Box, and Lyft. Gadea developed the company and scored a $15 million deal when he was just 18 years old.

He also worked at both Google (in high school) and Twitter. In this list, he and other successful CEO engineers will certainly attest to the following traits that help engineers make the best CEOs.

Engineers have an eye for talent

The field of engineering requires you to produce work that others can understand -- and respect for that matter. Gadea, for instance, leveraged his reputation for his work at Google and Twitter to attract other talented people.

You wouldn't eat a meal cooked by a chef who wouldn't eat his own food, so why would a great engineer work for anyone less capable than themselves? People like to have someone at the wheel who actually understands the task at hand.

"I can have very thoughtful conversations with our engineers this way," Gaeda told Inc.  "It's a little bit of an unfair advantage because that's the kind of stuff you need in a startup--you need to differentiate yourself. Having been in engineering is super powerful for that."

Often the work of engineers needs to be absolutely correct. There is no 'just enough'; an engineer's project is either all or nothing. Highly technical things like putting the Curiosity Rover on Mars, for example, needed to have contingencies for the smallest potential glitch. The smallest of problems could have rendered the billion dollar enterprise a complete failure. Engineer CEO's demand perfection from coding and design. For digital products, they will also need to think about the final user experience whilst making sure the basics are in order.

Engineer CEO's demand perfection from coding to design. For digital products, they also think about the final user experience whilst ensuring the basics are in order. They want to make sure both qualities of service and customer satisfaction are as good as they can be.

"We pay attention to every detail, and people care about details these days," Gadea told Inc. "There's so much competition so you have to get the smallest things right."

Engineers have also built a desire to actually make things work. "“Engineering is about what works, and it breeds in you an ethos of building things that work—whether it’s a machine or a structure or an organization." Nitin Nohria, Dean of Harvard Business School, explained to LinkedIn.

"Efficiency gains really excite engineers and they always look for massive optimization, not just a smaller amount," Gadea explained to Inc. "So it's a good trait that really lends itself well to business."

Engineers are obsessed with doing something better, quicker and cheaper. "If it ain't broke don't fix it" isn't good enough for them. Whether it's making use of the latest improvements in technology or programming language or the latest gadget, they are on it.

The rolling stone gathers no moss is almost a life motto for engineers. This helps engineers make the best CEO's, as well as generally awesome people.

An engineers reputation is founded on the quality of their work. You can't just fake it. Everything they do will leave a trail that will follow them everywhere. For IT engineers this is even more important. If anything goes wrong, everyone knows where the fault lies.

"With engineering, it's very easy to see that this person is who they say who they are, and that's a really powerful thing," Gadea told Inc.

Often, CEOs are required to take action without hesitation. They need to take control of a situation and take action to stop the potential disaster. This is one of the greatest traits help engineers make the best CEOs.

Whether an engineer is starting a company or taking the lead, they need to have thick skin. Some might call it stubborn, in the face of constant criticism.

They might be constantly told that something is impossible, there is no market for it or that it has been tried before. To succeed in this kind of environment, an engineering CEO needs to be tenacious to a fault. Actually enjoying problem-solving is also a bonus that will pay dividends.

A recent American Society for Quality (ASQ) survey seems to back this up. The majority of respondents believed that analytical thinking, organizational skills, and problem-solving were key attributes for running a successful company.

Getting a company off the ground and keep it going also takes an enormous amount of perseverance.

"You have to be able to put up with a lot of bad news and with engineers--especially software engineers--problems always happen and you just get comfortable with the fact that there's going to be 50 people telling you you're doing things badly. So it makes it fun," says Gadea. 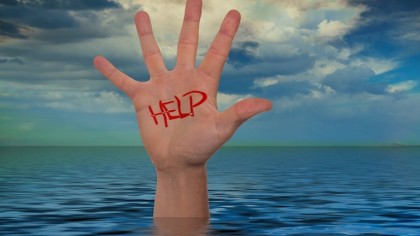 Why You Should Trust Engineers

Well, it appears engineers are ideally suited to be CEOs. Though, it does take special someone to willingly sacrifice the amount of time it takes to do so. Engineers general working practices and ethos more than sufficiently equip them to run the show. Whether you'd want to, is, of course, another matter. So the only question that remains is this. Would you want to be CEO? Go on, have a crack, you'll regret it if you don't try right? Ahem.

So there you go, five traits that help engineers make the best CEOs. Do you agree? What would you add to the list? Let's hear your thoughts, as always. And finally, if this has inspired you, the very best of luck with your enterprise.