Top 7 Exoskeleton Structures Around the World

For structural engineers, building aesthetics is just the cherry on top of a cake. The real substance of a building structure lies in the complex design and arrangements of structural elements and members. More often than not, these essential structural features are under appreciated as they are typically hidden deep within the cladding of buildings to provide a more aesthetically pleasing exterior. However, a number of buildings weren't afraid to expose their skeleton and instead, showcase the technically-savvy design of their structure. So, let's take a good look at seven of the world's most impressive exoskeleton structures and gain a deeper appreciation for their intricate technical designs.

A set luxury penthouse buildings at the heart of London, NEO Bankside is an incredibly modern exoskeleton structure. The building is comprised of a concrete frame that serves as the core with exterior perimeter bracings that provides lateral stability from wind loading, which reduces the need for sheer walls. This allows the building to gain more floor spaces and opens up possibilities for future developments. The diagonal bracings are connected at every third floor by pinned nodes, which creates a system that transfers lateral loads into the main core of the structure. Gazing through the skyline of London, these buildings provide priceless views and experience of the city. 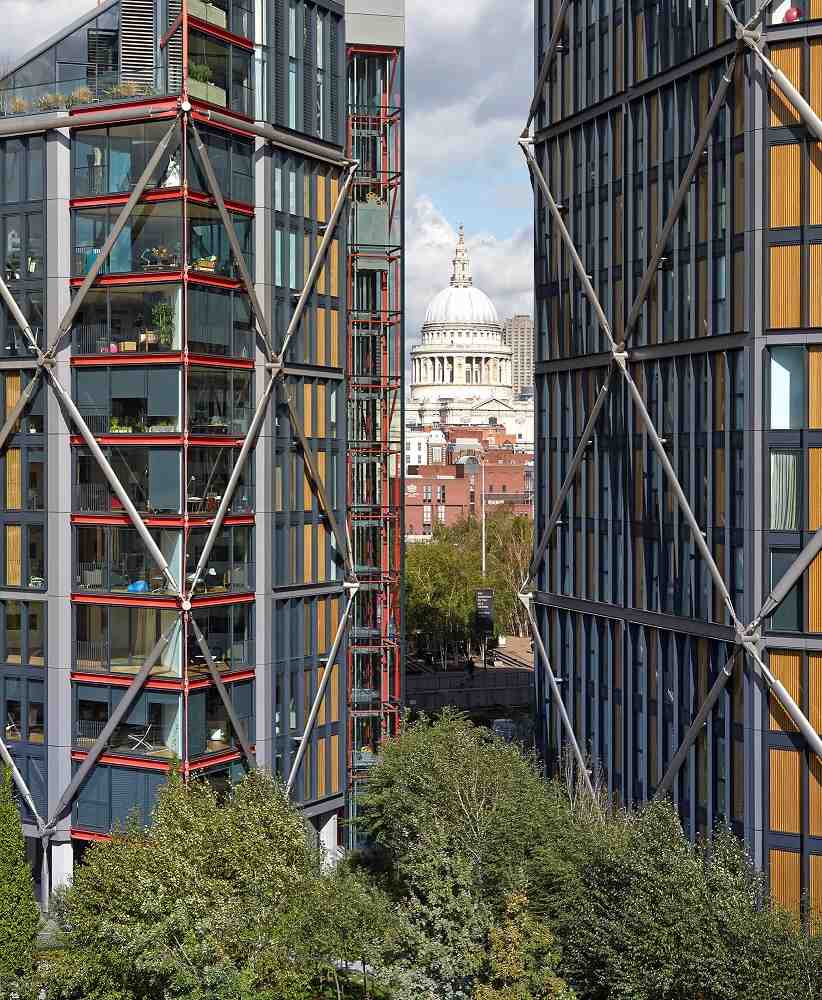 An iconic and elegant design by structural engineering firm SOM, this exoskeleton structure uses diagonal bracings that offset from the glass curtain wall. Located in the financial district of San Francisco, part the building was built above ground as it sits on top of a water table. The exoskeleton design approached maximizes the usable interior space as columnar interference within the building was eliminated. Standing amongst a city dotted with innovative structures, the One Maritime Plaza sets itself aside with its exoskeleton structural design. 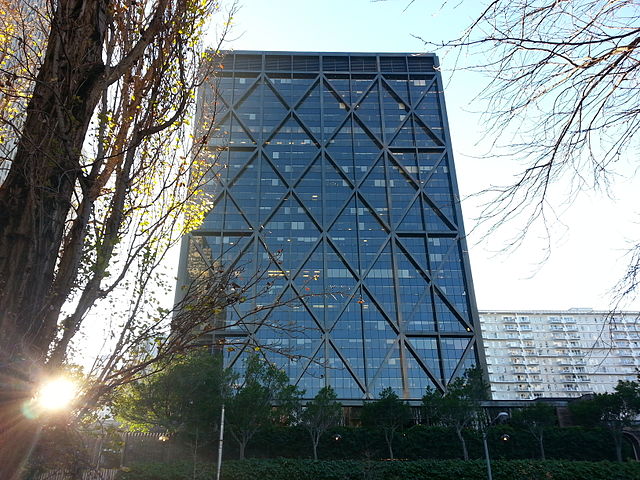 With an industrial architecture design, the Atlantic Plumbing building has expansive floor-to-ceiling glass windows offering cityscape views of Washington DC. The exterior bracing frame of the building is comprised of Corten weathering steel, which is designed to resist both lateral and thermal loadings. It has a concrete core that was cast-in-place and serves as the main structural support of the building. This exoskeleton frame structure doesn't just offer structural stability, it also completes the edgy and industrial aesthetics the architect was going for. 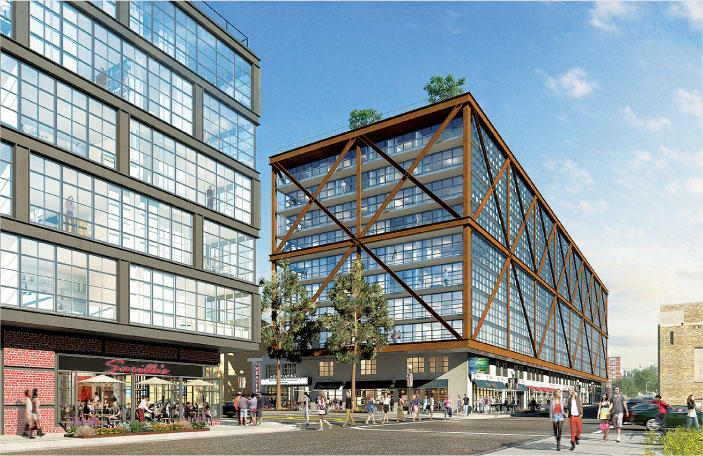 Engineered building for businesses, the Cannon Place is an outstanding exoskeleton structure in London. It provides stunning panoramic views of the city skyline and offers uninterrupted floor spaces as the structure is virtually column-free. The exterior of the building is heavily braced with steel members that have been offset from the glass facade. The large cross and diagonal bracings carry all the structural loads and absorb transient loadings such as wind forces.

There is a total of six large X-frames which supports 21-meter cantilevers back to the structure's core and are subsequently tied together through similar X-frames. This system allows the whole structure to balance. The exposed steel trusses are supported on four composite thick-plate structures that transfer on to the foundation of the building. A complex and aesthetically perplexing exterior, the Cannon Place building is one of London's exciting and innovative structures. 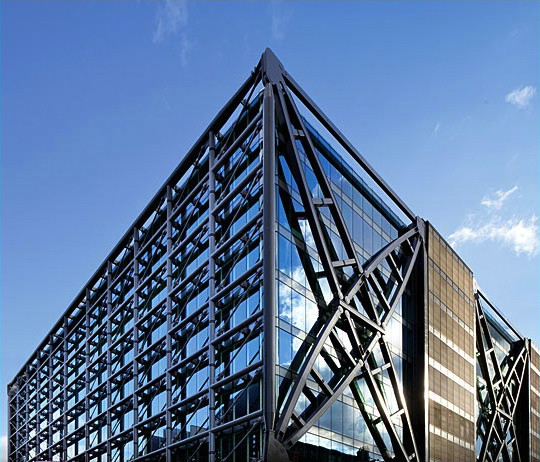 Standing along the Mediterranean coast of Barcelona, this multi-purpose building is designed with exoskeleton perimeter cross bracings. Hotel Arts feature 44 stories of glass cladding and exposed steel skeleton, which makes it one of Spain's tallest structures. Cross bracings at the edge of the building account for high wind loads in lateral directions with further cross bracing reinforcement at the top and center. Through this exoskeleton system, large floor areas are achieved making way for spacious art exhibition rooms. The hotel displays a 20th-century collection of exclusively commissioned art pieces by contemporary Catalan and Spanish artists. 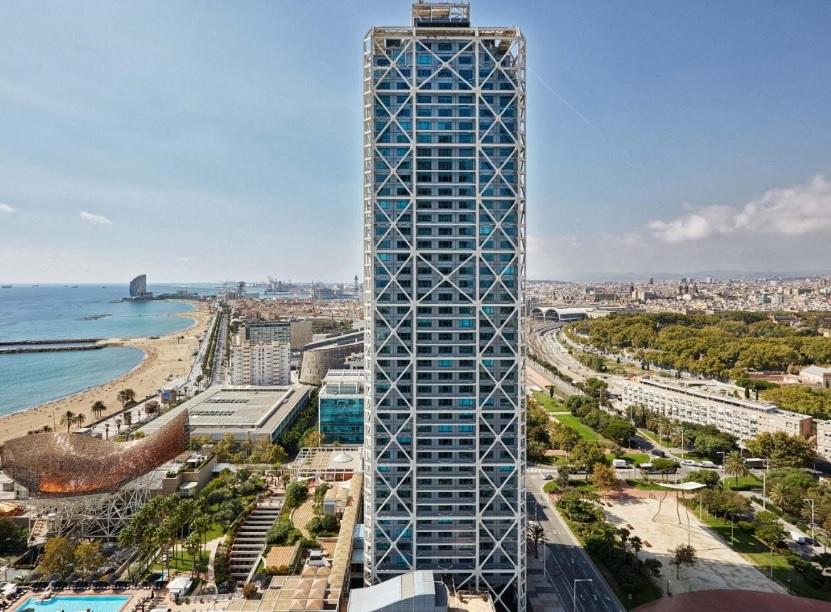 Providing the most beautiful view over Paris, Centre Pompidou is home to the largest modern and contemporary art collection in Europe. Celebrating its 40th year anniversary this 2017, this impressive exoskeleton structure serves as an architectural and engineering icon in the French city.

One of the distinct and exposed skeleton design of the building are the steel structural bracings inter-crossing the frames. To enliven the facade, the designers used four vibrant colors - blue, red, yellow, and green - to color code the building services of the structure. The air conditioning pipes of the building are coded in blue color, electrical services are yellow, water pipes are green, and red is for escalators and lifts. 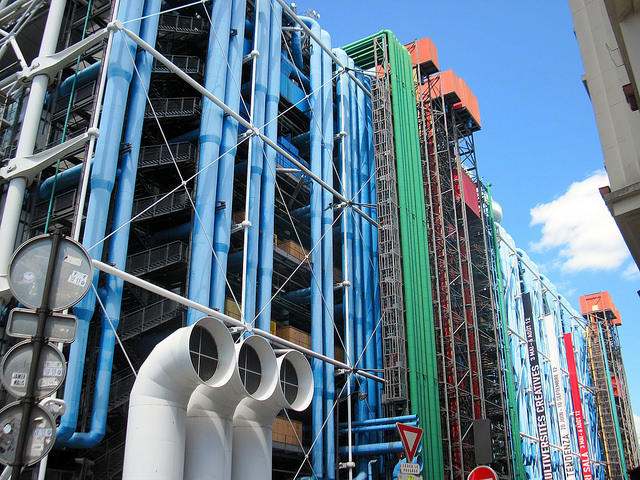 Despite being more than 30-years-old, the HSBC Headquarters in Hong Kong is still known as one of the most structurally-savvy buildings in the world. An impressive showcase of hanging structural design is critical to the building's flexibility and development potential. The building obtains an additional 30% superstructure floor area as the structural skeleton is located on the exterior rather than inside allowing future developments to be possible should the planning regulations are altered.

The exterior skeleton arrangement of the members allows the system to carry all the structural loads, creating an incredible column-free ground level. This structural solution is an innovative engineering feat making the building one of the highly regarded structures in the world. 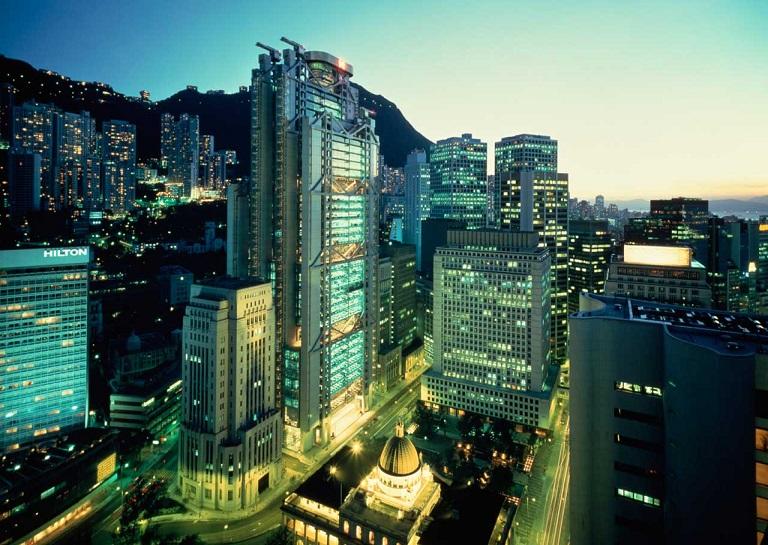 Many other structures like these exist and are considerably more modern so feel free to let us know in the comments section below if you have one to add to the list.