Top 9 Cybernetic Upgrades Everyone Will Want

The future will bring humans and artificial systems closer than ever before.

The term ‘cybernetics’ may mean many different things to different people. While the idea has been around its formal definition and application has shifted slightly in recent decades.

Back in 1948, Norbert Wiener defined cybernetics as "the scientific study of control and communication in the animal and the machine.” More recently cybernetics can conjure up images and ideas about the way humans and machines interact and control each other.

What does this complicated word mean to you?

While in the past much cybernetics research was based on theory and speculation, these days there are hard examples of cybernetics all around us that touch on mechanical, physical, biological, cognitive, and social systems.

In this list, we compile the top nine cybernetics ideas that we’d like to see become a reality.

The way humans can ‘see’ the world around us has changed a lot in the last century. There are now telescopes that can see great distances through space and lenses so small they could turn your eyes into cameras.

Human eyesight itself seems pretty limited compared to these examples, but that is all on the edge of change. Scientists from the University of Massachusetts have developed a way to give night vision to mice and perhaps one day humans.

The mice were given the superpower of being able to see in the dark with just a simple injection containing nanoantenna. The breakthrough from means in the future humans could have night vision whenever they needed it.

Other cybernetics research is pushing for prosthetic retinas that can return sight to blind and vision-impaired people.

Our brains are incredibly powerful organs. Years of research into the ways our minds work is paying off as technology also rapidly improves.

EEG research that assists people to learn to control and understand their own EEG has the potential to help overcome mental disorders and increase brain cognition.

Many companies are looking into the way hardware, and software can combine to help humans perform physically better for longer. This research has applications for both people with physical disabilities as well as people who have jobs that require an intense physical effort like a soldier or factory worker.

The developments of exoskeletons that support the body to perform have been around for a while. But only recently has this hardware combined with AI to really elevate the possibilities of the human body.

These systems can now detect fatigue or poor posture and send warning signals to individuals and managers to take care. Augmenting human strength comes with the potential of misuse. Forcing people working in already brutal conditions to work longer and harder, but it also has the possibility to reduce body stress and injury for some of the labor forces most vulnerable.

Psychokinesis or the ability to move objects with your mind is not based on science. However, there are plenty of new technologies exploring this idea artificially.

There are no psychics, and there have never been. However, that doesn’t mean that we can’t create technopsychics artificially. Researchers are working on methods of remote-control of drones using brain-computer interface tech. One such team can be found at the University of Minnesota that allows users to remote-control quadcopter drones with their thoughts.

Volunteers must first adapt to this strange method of control but can become adept enough to navigate the drone through an obstacle course.

Researchers are working on ways to prevent and detect disease from inside our bodies. These nanorobots could be injected into our bloodstream where they stop you from getting sick and even send health data to your smartphone via the cloud.

Autopoiesis is Greek for self-creation. Allopoiesis is other-creation. Humans have a limited ability for Autopoiesis, we grow but only until an adult then we stop.

Allopoiesis does happen all the time, but only through the assistance of manufacturing processes. Researchers have been doing breakthrough research into animals that can self-generate after amputations.

Animals such as salamander, jellyfish, and skinks, can regrow limbs after accidents. Biologists recently discovered the master switch for a particular species of worms that once ‘on’ allows for this powerful process to occur. In the future, genes inside humans could also be switched on giving humans the ability to regrow fingers, toes and even arms if needed.

3. The Power of Flight

The idea of human flight has captured the imagination of many people throughout history; myths describing the notion is evident in cultures all over the world. And who doesn’t like a good flying dream?

Human flight in the real world might be closer than you think. Recently military pilot Yves Rossy flew above an Airbus A380 in a personal jetpack.

Another ex-military man, Richard Browning has also developed a personal jetpack that can carry him pretty significant distances. In the next decades, we can expect both technologies to improve to a point where flying to work might seem mundane.

The world was shocked when He Jiankui announced he had altered the genes of two human embryos in China. He said he made edits to the gene CCR5, using the gene editing technology CRISPR.

He claims the edits would back the children immune to the aids virus. But many scientists speculate he may have been trying to improve the brain cognition of the babies.

The gene CCR5, which is linked with the HIV virus, has also been connected to brain function. While it will be some time before human gene-editing becomes the norm, there is the possibility that humans in the future will be able to edit unborn babies to create a generation of super smart homo sapiens.

Being able to live forever, the fountain of youth, forever young, whatever you know it by, immortality has long been an impossible dream. To start to work towards this dream, you need to understand the human body as a physical system containing parts.

Researchers are trying to figure out which of these parts are responsible for the different process of aging.  One group of researchers are looking at ways that reprogramming cells can reverse at least stall some of these processes. 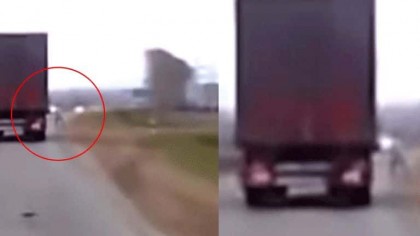 What do you think of this list and which of these cybernetic aims do you think is the most important? Many people worry that research into cybernetics could get out of control and wish for global ethics committees that would ensure humanity is protected from any dangers associated with these technologies.

The Cybernetics Society based in the UK aims to ‘encourage public understanding of science and to extend and disseminate knowledge of cybernetics and its associated disciplines.’ Similarly, the Lifeboat Foundation is an organization dedicated ‘to encouraging scientific advancements while helping humanity survive risks and possible misuse of increasingly powerful technologies, including genetic engineering, nanotechnology, and robotics/AI, as we move towards the Singularity.’