Toshiba's robot might just be the answer to Japan's nuclear problem

Five years ago, a powerful tsunami hit Fukushima, Japan, a location that also housed Japan's source of nuclear energy. The tsunami resulted in the destruction of the plant and as such, the whole area was left radioactive. The job of cleaning out the waste is an extremely challenging one, one which could take several decades to complete. There is also a limit to the commitment humans can put into clearing out the waste, as radioactivity is deadly to humans. 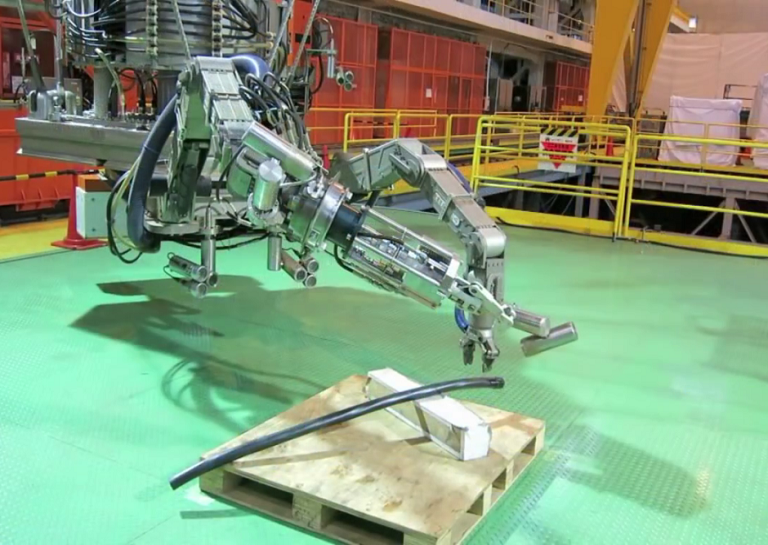 If humans cannot get there, then robots can. At least that is the idea, and it seems to be a solid one. Toshiba created a robot that should be able to remove fuel rod assemblies from the pools in reactor 3 of the Fukushima No. 1 nuclear plant. The company, which also happens to be the constructor of reactor 3 itself, is scheduled to begin the extraction of 566 fuel rods in 2017.

SEE ALSO: Nuclear Fantasy: Why nuclear doesn’t have a place in our energy future

Fuel rods have been extracted from the site before. In fact back in December 2014, Tepco removed 1,535 fuel rods from reactor 4. Back then, the radiation levels were low enough to allow humans to perform the extraction. This time, the radiation levels are too high to allow for such an activity. This will make the job much more challenging as one would imagine, remotely controlling a robot in performing an action expected of a human is no easy task.

If you are wondering why it would take so long to begin the extraction, you might perhaps want to know that setting up the whole device is quite tricky. Toshiba plans on setting up a cover for the pool and they also plan on setting up the device for the job this year. Not only that, it will take some time before workers become able to completely master the robot. The company does not want to take too many risks, which is understandable for such a highly sensitive job.