If you are like us and already spent hours watching the ISS HD Earth Viewing Experiment, then sit down for the latest news. Google Street View now lets you explore the International Space Station!

These awesome new images let you float through the station's modules just as you would if you were a crew member. Luckily for the less space literate of us, the images are also thoughtfully annotated so you can get a richer experience of what you are looking at. This is a new feature for Google Street View and is really helpful in identifying the mysterious equipment seen in the photos. It would be fantastic for more Google Street View images to have this annotated feature to give us a more complex understanding of the world around us. 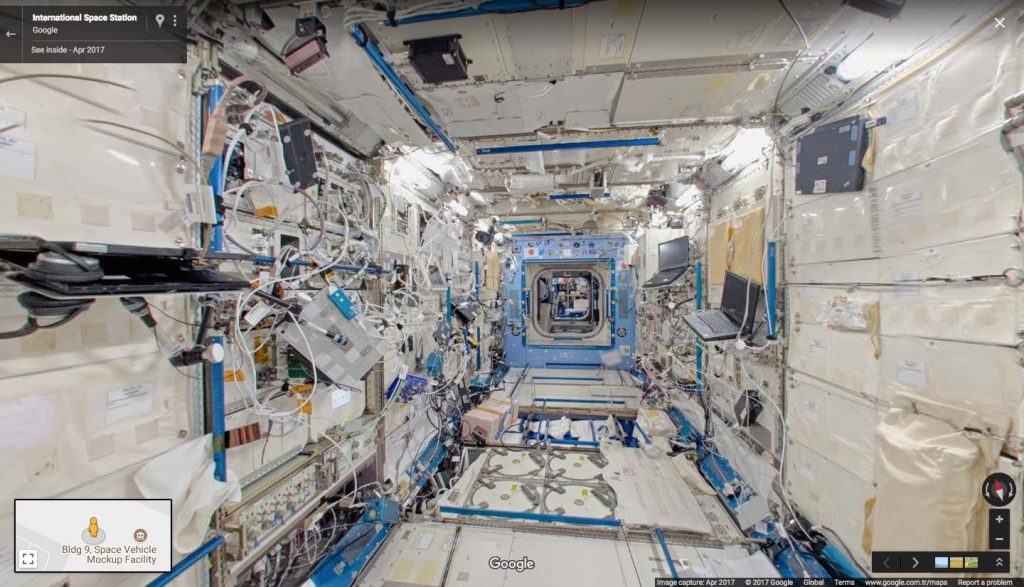 The tour takes you through the entire spacecraft including where the crew eats and baths. As a bonus, during the capturing of the footage for Google, one of Space X’s Dragon vehicles was docked at the ISS which means you also get a peek at how cargo gets delivered to the station.

The out-of-this-world photography was captured by astronaut Thomas Pesquet. An astronaut with the European Space Agency who spent 6 months on the ISS before returning to Earth in June. In a blog about the project, Pesquet said "I am very enthusiastic about bringing street view aboard ISS. It will be a fantastic opportunity for everyone to experience the incredible feeling of being in space." He added, “it was difficult to find the words or take a picture that accurately describes the feeling of being in space.” The photos were taken on a digital SLR camera before being ‘stitched’ together by the Google team to form the images we see.

As the ISS is beyond gravity, the design of the craft utilizes the astronaut's ability to access all parts of the module via floating. This 360 interior design can make the viewing of the pictures a little stomach churning at times but the feeling is worth it to imagine life amongst the stars. 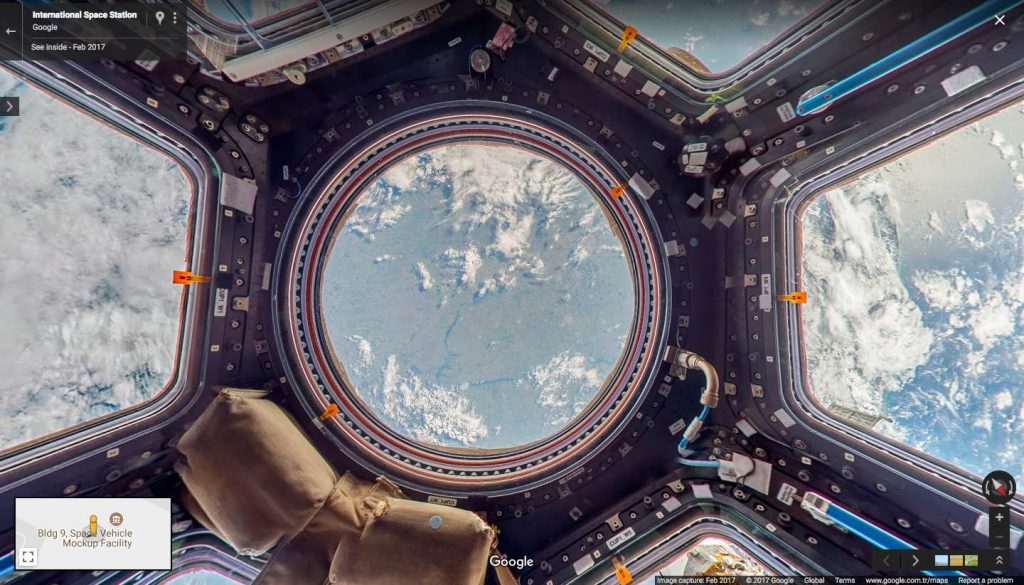 From Everest to Space

Google Street View was launched in 2007 and it allows users to see the world from the perspective of a person on the street. It features other inaccessible locations like the Everest Base Camp as well as locations of mythical value like the Loch Ness Monster's likely home in Scotland. Most of the footage for Google Street View is taken by a car mounted with specialty photography equipment. For fans of the Street View project, you can follow the location of the car here.

The ISS has been operating for more than 16 years as a research base. The spacecraft is made up of 15 connected modules and floats 400 kilometres above Earth. It is used by up to six astronauts at a time conducting experiments and doing earth observations. The ISS could be used as a base for future missions to deep space or planetary exploration.