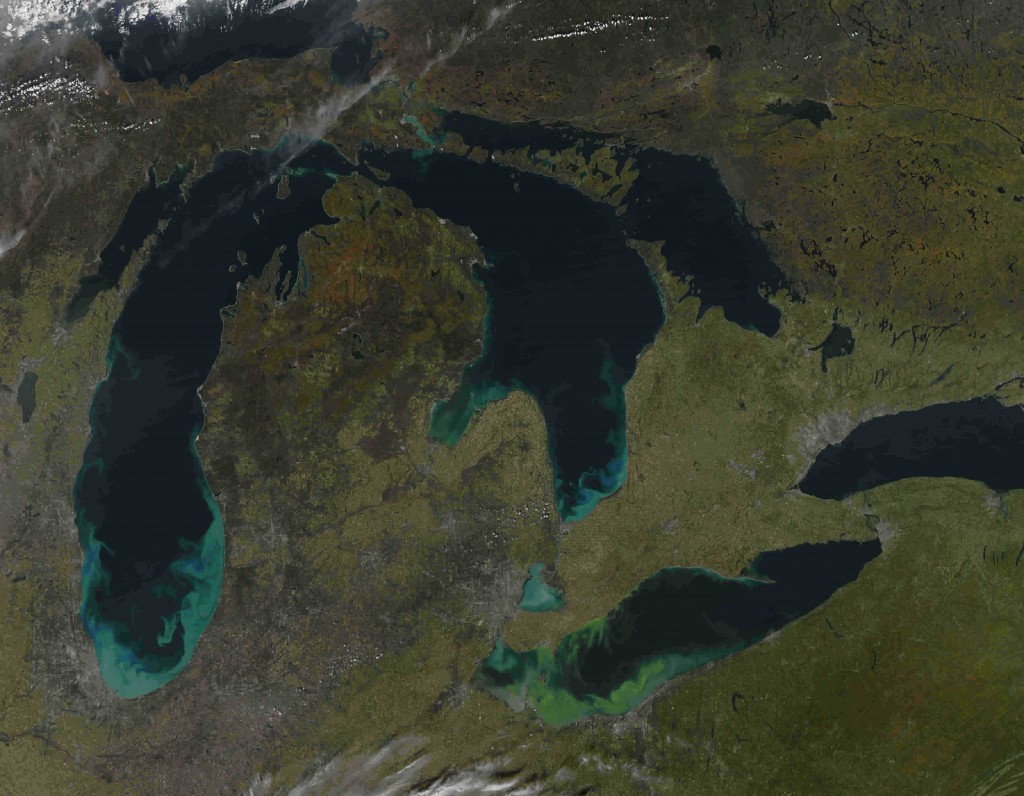 The prevalence of toxic algal blooms is increasing all over the world and climate change appears to be one of the causative factors.

What is an algal bloom?

A harmful algal bloom (HAB) occurs when microscopic algae increase in a water system and both freshwater and seawater can be affected. Discoloration of the water is one sign of the presence of an algal bloom. This occurs because of the high density of pigmented cells. HABs produce natural toxins which cause damage to other organisms and they have often been associated with large-scale mortality of marine animals, including fish, marine mammals, sea turtles and seabirds. For example, in 2004, 107 bottlenose dolphins died along the Florida coastline after they consumed contaminated stocks of menhaden, a fish belonging to the Clupeidae family. The fish had ingested high levels of brevetoxin, produced by a form of plankton called a dinoflagellate. Manatees have also died from ingesting brevetoxin, mostly through eating sea grass species such as Thalassia testudinum. Other marine mammal species at risk from neurotoxins include the North Atlantic Right Whale, which consumes large amounts of zooplankton, and the Loggerhead sea turtle. Humans are also at risk through consumption of contaminated seafood.

Some areas of the world are more at risk than others. The Gulf of Maine is regularly affected by blooms of Alexandrium fundyense, another dinoflagellate. The Gulf of Mexico has been affected by a ‘red tide’ (so-called because of the color of the pigmented cells) caused by Karenia brevis and California waters experience blooms of Pseudo-nitzschia. Other regions where blooms are commonplace are South Africa.

Although some of these blooms are called ‘red tides’, the actual color of HABs varies according to the species. In many cases, their appearance is caused by entirely natural factors, but increasingly they have been caused by human activities, including nitrate pollution and climate change.

Blue-green algae, properly called cyanobacteria, includes the variety called Microcystis. For several years now, Lake Erie has regularly been affected by this form, which produces a toxic substance called microcystin. According to a 76-page report delivered by the US Environmental Protection Agency (EPA) to Congress, there more than 100 varieties of microcystin. At least four of these entered tap water in Toledo in August 2014, fouling the water supply.

In the report, EPA stated that insufficient information about harmful algal blooms is restricting their ability to prevent them entering the water supply. Funding constraints may be partly to blame, according to Peter Grevatt, director of the EPA’s groundwater and drinking water office. One of the most important areas of research concerns how water treatment technology can be improved in order to remove the toxins.

More information is needed on the potential adverse health effects of microcystin, although microcystin-LR is known to attack the liver and central nervous system. Some algal blooms can also affect the brain, causing Alzheimer’s disease. Domoic acid, which is produced by marine diatoms such as Pseudo-nitzschia, is one such example, causing brain damage, memory loss and death.

Scientists have been predicting for a while that algal blooms may start to increase due to climate change. The factors that may cause this include warmer water temperature, changes in salinity, increased CO2 levels, sea level rise and changes in patterns of rainfall.

Since harmful algae tend to bloom during summer or in response to warmer water temperature, climate change might exacerbate the occurrence of algal blooms. In such circumstances, it wouldn’t just be the water temperature causing the bloom, as the warmer temperature also tends to prevent water from mixing which in turn would encourage algae blooms to become thicker, faster. Warmer water also enables easier movement by small organisms which means that algae would be able to float to the surface faster. The algal bloom would also potentially cause a negative feedback in that algal blooms tend to absorb sunlight, which in turn makes the water warmer, thereby encouraging more algal blooms.

If climate change leads to more droughts, this will increase the salinity of freshwater, causing marine algae to enter freshwater systems. Toxic marine algae have been present in freshwater lakes in the southwestern and south central US since 2000, causing large scale fish mortality.

Higher levels of carbon dioxide is another factor that tends to encourage algae blooms, particularly the highly toxic blue-green algae.

Periods of torrential rainfall, followed by drought, is another factor encourages algal blooms. It also tends to cause substantial nutrient runoff into rivers and lakes, another contributory factor.

Is this already starting to happen?

Scientists have already begun to notice an increase in the prevalence of algal blooms worldwide. In early May, one of the largest algal blooms ever recorded began to appear in the waters of Monterey Bay on the coast of California. It stretched from central California all the way up the western coast of the US to Alaska. The size of this bloom is currently an estimated 40 miles wide, extending 650 feet into the Pacific Ocean.

A scientific team led by Raphael Kudela, a professor of ocean sciences at the University of California, Santa Cruz, started to measure some of the highest levels of domoic acid ever recorded in the region. 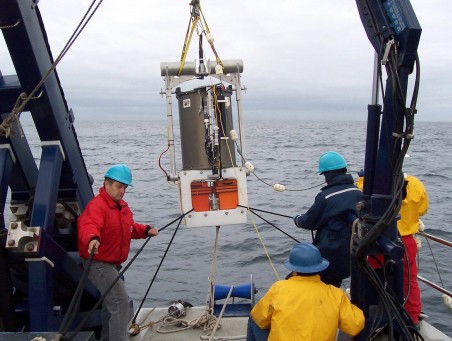 “It’s a pretty massive bloom” said Professor Kudela, speaking to Scientific American. “This event may be related to the unusually warm water conditions we’ve been having, and this year that warm water has spread all along the West Coast, from Washington to southern California.”

According to Vera Trainer, a research scientist with the Northwest Fisheries Science Center in Seattle, increases in occurrences of algal blooms in a warming world are a distinct possibility. Speaking to Capital Public Radio, she described the Monterey Bay bloom as one of the most geographically extensive, long lasting and most toxic harmful algal blooms of this type that was ever seen on the US West Coast.

The scientists think that the bloom may have been caused by “the blob”, an area of unseasonably warm water that formed in the northeastern Pacific Ocean in late 2014. The economic consequences of this have been severe. All along the West Coast, recreational and commercial shellfish harvesting has been reduced or stopped, representing millions of dollars of lost revenue. When you take into account the economic losses to seafood, restaurant and tourism industries, the damage could be as much as $82 million annually, according to the NOAA.

What can be done about it?

Algal blooms can be tracked by remote sensing data and teams from the National Oceanic and Atmospheric Administration (NOAA) and NASA monitor routinely monitor them from the air. The EPA wants to develop a comprehensive, long-term strategy for assessing and managing the risk from algal blooms to public drinking water. Meanwhile, NOAA has given California an $88,000 grant to study the Monterey algal bloom.

In May this year, a scientific symposium on Harmful Algal Blooms and Climate Change was held in Gothenburg, Sweden. The symposium identified the need for further research in order to understand how the behavior of HABs might change with a warmer climate. It brought together algal physiologists, ecologists, oceanographers, modelers and climate change specialists in order to try and develop a consensus on which research directions should be considered a priority for future funding on this topic and to decide which proactive research strategies should be developed.

The overwhelming problem at present is that the mechanisms underlying HAB formation are only partly understood. In order to correct that, research institutions all over the world will have to build on its existing knowledge and link it to what is currently known about climate change. Many institutions are already starting to do this.