Black toxic snow has been falling on several towns in the Siberian region of Kuzbass. The scary weather conditions were likely caused by escaping coal dust from the regions massive coal fields and poorly maintained factories.

One coal plant told local media that a shield meant to prevent coal powder from escaping out of the factory had malfunctioned. However, the exact cause of the black snow is yet to be pinpointed. 2.6 million people live in the region, many of whom have been affected by the environmental disaster.

Local residents struggle with coal dust all year round

Life expectancy for the residents is three to four years lower than Russia’s national average of 66 for men and 77 for women. Social media videos posted by locals show black snow covering everything in site, from cars to children's playgrounds.

Coal dust is ever present in the air in the region, but the snowfall captures it making it visible. The region is home to one of the worlds largest coal fields from which escaping coal dust is the likely cause of the terrifying local weather conditions.

Britain is the leading importer of Russian coal. Half of Britain's coal consumption is derived from Russia with 90% of that coming from the Kuzbass region. Coal is used extensively in Britain in both manufacturing and in power stations.

Environmental and health advocates have called on Britain to boycott Russian coal until proper regulations are put in place. The coal dust contains a smorgasbord of dangerous heavy metals including arsenic and mercury.

It isn’t just the factories and mines that contribute to the dust, the coal is regularly transported in open train cars. Wind and rain can sweep the dust out of these cars and into village and rivers along the route. Russia is unfortunately infamous for its ecological disasters.

The massive country has many unregulated industries which cause huge damage to both the environment and its citizens. A draft report published by the Natural Resources and Environment Ministry on Monday paints a poor picture of Russia's future as climate change looms.

According to the report, deaths from environmental disasters in Russia have increased 11-fold between 2016 and 2017. While the world heats up, temperatures in Russia increased at more than double the rate of the world’s average of 0.18 degrees Celsius per decade. 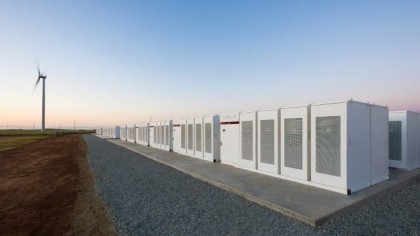 Economic and population growth in the country has caused the concentration of greenhouse gases, to reach a record level last year.

"This has led to unprecedented, at least in the last 800,000 years, levels of atmospheric concentrations of carbon dioxide (CO2), methane and nitrous oxide,” the report states.

The report also acknowledges that with 4.5 percent, Russia contributed the world’s fourth-most greenhouse gas emissions behind China, the United States, and India.

It also obviously states that the ministry is 95 percent confident that human activity contributed to global warming observed since the middle of the 20th century.