The Still Unsolved Mystery of the Toynbee Tiles

In the mid-1980s, tiles painted with a single message could be spotted in pavement throughout northeastern United States.

Though they stated in Washington D.C, Boston and Philadelphia, the trend quickly spread to the American midwest and internationally, reaching as far as Buenos Aires. But what are they? And stranger still, who is the unknown artist behind these tiles? 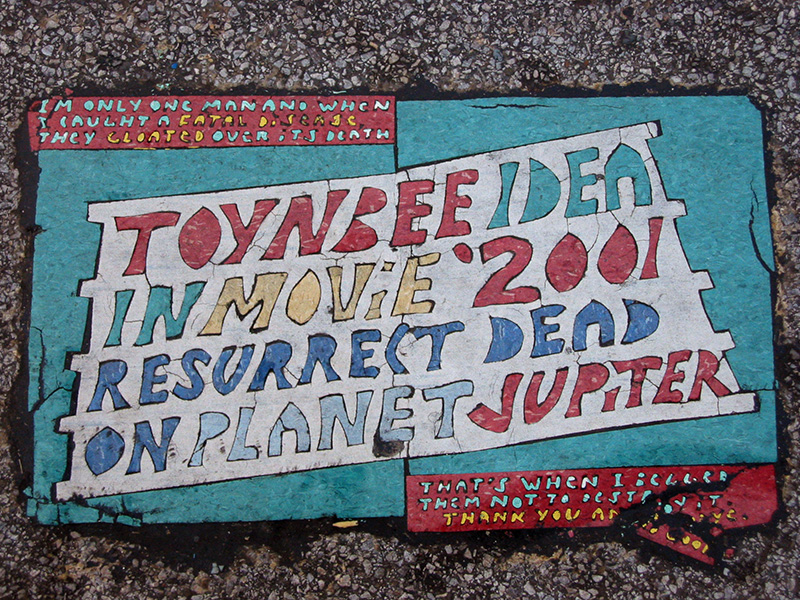 Many enthusiasts started to dig deeper into the messages left on the tiles. The Linoleum-made tiles reference a Stanley Kubrick movie 2001: A Space Odyssey and British historian Arnold J. Toynbee. Some researchers claim that the tiles also reference a short story by Ray Bradbury named “The Toynbee Convector." 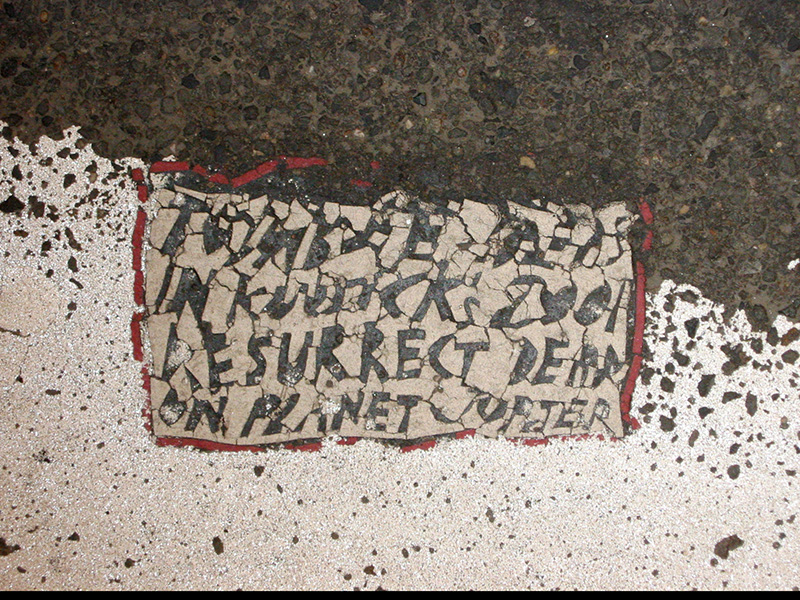 Over time, the number of tiles has grown and spread into the asphalt all over the US. Since the 1980s, numerous hundred of tiles have been discovered, all the size of an American license plate. 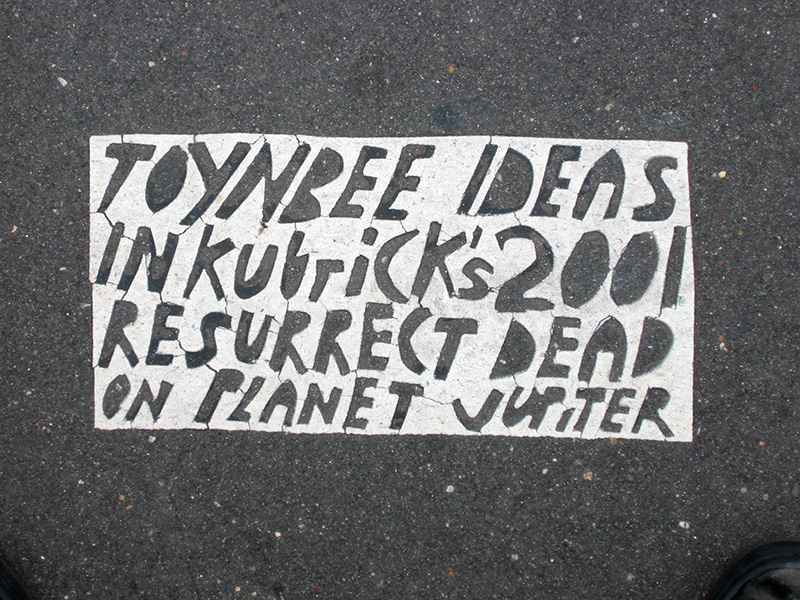 Maybe the Toynbee Tiler simply wants to open up a discussion about humanity's role in scientific exploits. Arnold Toynbee noted:

“Human nature presents human minds with a puzzle which they have not yet solved and may never succeed in solving, for all that we can tell. The dichotomy of a human being into ‘soul’ and ‘body’ is not a datum of experience. No one has ever been, or ever met, a living human soul without a body… Someone who accepts—as I myself do, taking it on trust—the present-day scientific account of the Universe may find it impossible to believe that a living creature, once dead, can come to life again; but, if he did entertain this belief, he would be thinking more ‘scientifically’ if he thought in the Christian terms of a psychosomatic resurrection than if he thought in the shamanistic terms of a disembodied spirit.” 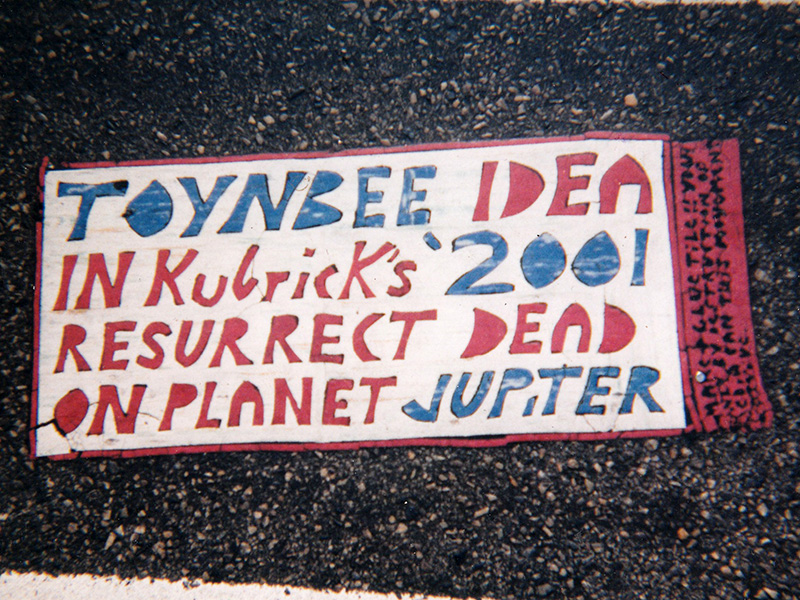 But there was still an unanswered mysterious question as to who made them and why. In 1983,  James Morasco spoke out in numerous newspapers and talk shows claiming that he solved the secret message behind the tiles. 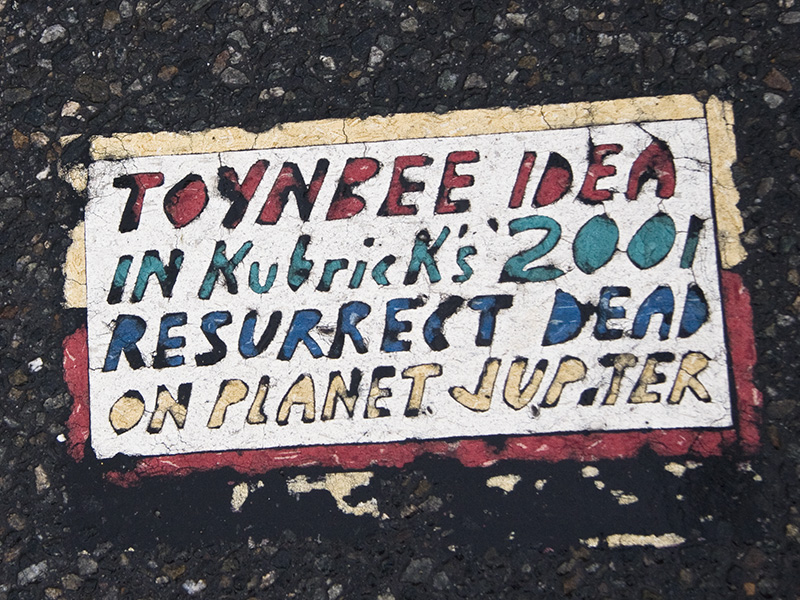 He said the artist wanted to colonize Jupiter with dead people and a theory on how to bring the dead back to life. He referenced both Toynbee's book, which he claimed had a theory expounded upon in Kubrick's 2001: A Space Odyssey. 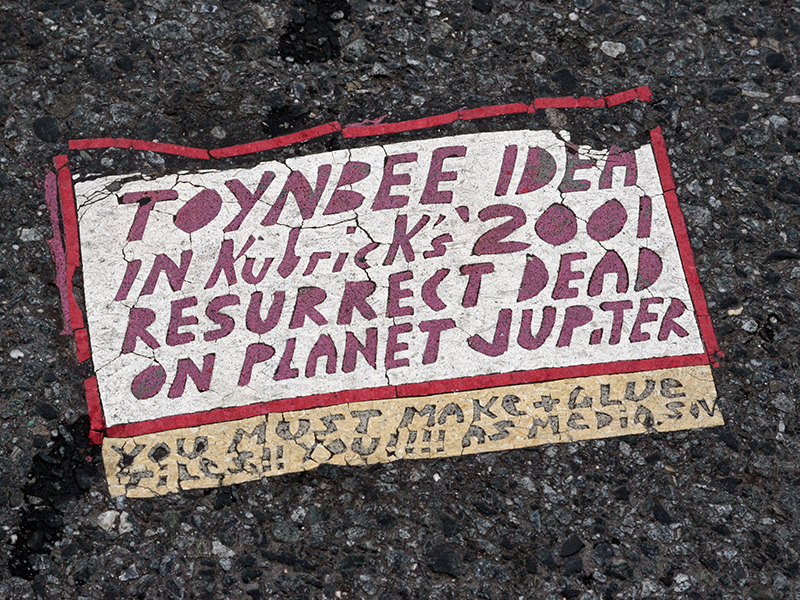 The strange truth behind the tiles still not solved. There's even a documentary made by Justin Duerr in 2011, named Resurrect Dead: The Mystery of the Toynbee Tiles which you can watch below. Duerr claims the tiles were paved by a man called Severino “Sevy” Verna from Philadelphia and James Morasco was an alias. He also explains the method for creating the tiles.

If you like to get further information and see the map of tiles, check the Toynbee Idea.

SEE ALSO: The Mystery of Blue Lava and the Kawah Ijen Volcano

Scientists take another important step to solve the mystery of Alzheimer's