Newest Guardian and Chauffeur systems showcased at the CES 2019

The three-car collision projected on screens at the ongoing Consumer Electronics Show® (CES), set the stage for Toyota’s presentation of its future-state Guardian and Chauffer systems.

Presented by  Dr. Gill Pratt, CEO, Toyota Research Institute (TRI), he said that TRI had been committed to a two-track approach to automated driving while simultaneously developing Toyota Guardian, and working on Level-4 and level 5 self-driving system called Toyota Chauffeur.

Toyota Guardian amplifies, rather than replacing human ability, like giving dad his keys back for a bit more time behind the wheel, or even more importantly, saving teenage lives where car crashes account for 30 percent of fatalities. 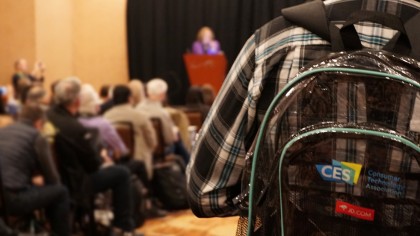 This is one of the most significant advancements made to Guardian this year, where the driver is in control of the car at all times except when Guardian anticipates a possible accident situation.

At this time, Guardian alerts the driver and employs corrective measures in collaboration with driver input, thus seamlessly combining and coordinating the skills and strengths of the human and the machine.

While describing Guardian, Dr. Gill Pratt said, “The big idea we really want to drive home is that envelope control is not a discrete on-off switch between the human and the machine. Rather, it's a seamless blend of both, human and machine working together as teammates where we extract the best skills from each one.”

With Guardian enabled, the driver feels in full control, maneuvering the car like an extension, with Guardian there to coach the driver, and if necessary to catch them. Guardian ensures that whatever input is given, the automobile will never understeer or oversteer, or clip a cone.

The Chauffeur system is an ongoing development focusing on full autonomy, where the human driver is replaced with an autonomous driving system, either completely in all environments, or within a restricted operational design domain (ODD).

He said, “Technically, how do we train a machine about the social ballet required to navigate through an ever-changing environment, as well as, or better than, a human driver? Sociologically, public acceptance of the inevitable crashes, injuries, and deaths that will occur due to fully autonomous Chauffeur systems may take considerable time.”

Closing the Toyota presentation, Dr. Pratt showcased the newest Guardian and Chauffeur test bed, the TRI- P4 research vehicle, which is based on Lexus LS-500h. The P4 vehicle, joining the TRI test fleet in Spring 2019 can process sensor inputs faster and react more quickly to the surrounding environment.

Connecting back to the three-car collision shown at the start of the session, he said, "As a result of that experience and many others, we are developing Guardian. And we will build it. And today we are announcing that we will offer it to the industry.”

How to Make Your Own Lathe Tailstock and Tool Rest