Tracking Food Helps You Lose Weight Without a Diet

New research is revealing that simply tracking food intake with a free app can help people lose weight without being on any particular diet.

Losing weight is difficult, and people are always looking for the next recipe that might provide a solution. Now, new research is suggesting that apps may be the key.

A Duke University study found that overweight people who tracked their food using an app lost weight without even being on a diet. Better yet, the app was free providing a cost-effective solution.

"Free and low-cost weight loss apps have changed the ways that Americans manage their weight," said Gary Bennett, a Duke psychology professor and co-author of the paper.

"However, we knew little about whether these tools worked very well on their own. We've shown that commercial smartphone apps can be a helpful way to get started with weight loss."

The researchers followed 105 study participants, between the ages of 21 and 65 years old, who were instructed to use a free app where they recorded their food intake and weight.

The participants followed no diet but were instead separated into three groups with different levels of weight-related educational support. The first group only tracked what they ate every day for three months. 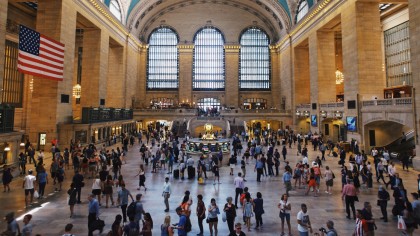 A second group and third group were also given weekly lessons, action plans and feedback on nutrition and lifestyle changes. The second group tracked their weight for a month, then began logging food intake as well. Meanwhile, the third tracked both weight and intake for all three months.

"We wanted to study a lower-intensity treatment for weight loss whereby people could join from the comfort of their home," said Michele Lanpher Patel, who conducted the research along with Bennett.

"But we were not sure how much weight people would lose with this type of remote treatment. Merging behavioral science principles with technology turned out to be successful."

The researchers added that those who were most diligent in tracking each day lost the most weight. One thing they believed helped was that the participants were guided in setting concrete weight loss goals. Furthermore, the app sent automatic reminders to log intake and weight each day.

"We have very strong evidence that consistent tracking -- particularly of diet, but also one's weight -- is an essential element of successful weight loss," Bennett said.

"Consumers should look for apps that make it easy for them to track on a consistent basis."

The study used an app called MyFitnessPal. However, the researchers believe it could be replicated with other apps. The primary key, they suggest, is compliance: actually following through with tracking.

The new paper appears online in the open-access journal JMIR mHealth and uHealth.

YouTuber Demonstrates Whether It’s Possible to Lift Weights With Nitinol