Using the Game Boy cartridge, this blogger took a beloved device and re purposed it to fit the modern gaming.

The nostalgia attached to the ever-cherished Game Boy will send most soaring straight down memory lane to simpler times. An era where you had the power to save the world, capture new creatures and become a puzzle master all from the simple to use Nintendo manufactured handheld game console.

Tapping into that nostalgic power and with the help of a little ingenuity, Alex Iannuzzi of insideGadgets took your beloved GameBoy and turned it into a wireless controller that can be used to play games on your computer or favorite consoles.

Though the idea of converting a retro Game Boy is not entirely revolutionary, it is still very cool and is part of a bigger trend centered around society's rekindled desire to revisit some of the most famous controllers in history and repurpose them for modern uses.

After browsing some Game Boy projects on the web, Alex wondered, “What if we could use any Gameboy  as a game controller, stream that over a wireless connection and use a V-USB to act as a HID keyboard or joystick?”

This hypothesis sparked the push of the creation of his Wireless Gameboy Controller. What makes his controller so interesting is that fact that Iannuzzi did not have to upgrade or modify the original Game Boy or GBA hardware at all.

In fact, the magic of the wireless controller centers around a custom built game cartridge.

If you are familiar with the Game Boy cartridge at all, you are well aware that these cartridges are what held the information for the playable games.

Used on the original Game Boy, Game Boy Color, and the highly coveted Game Boy Advance, Alex converted one of the cartridges to something of a wireless antenna, similar to what can be found in some of the most popular wireless controllers that are used today. 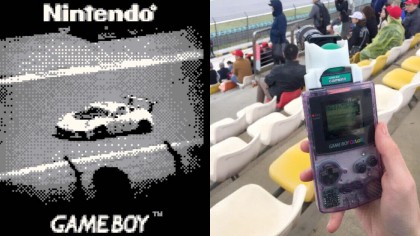 As seen on his website, Alex documented the process used to engineer and code the Game Boy controller cartridge;  eventually streaming the device over a wireless connection, making the device a V-USB joystick interface.

The Game Boy Controller has a range of 13 feet to 26 feet, perfect for when you want to play a little Castlevania II or Donkey Kong on your PC.

If you want to take a crack at creating your own, be sure to stop Alex’s blog post to get the full breakdown or  even pick up your own cartridge.

What games would you play with your wireless controller? Leave your comments below.