A new study sample of about 150 transgender individuals found that transgender brains were similar to their identified gender even from an early age.

According to a study presented in Barcelona at the European Society of Endocrinology annual meeting ECE 2018, transgender brains are similar to their identified gender even from an early age. The research saw Dr. Julie Bakker from the University of Liège, Belgium, and colleagues from the Center of Expertise on Gender Dysphoria at the VU University Medical Center, the Netherlands, use magnetic resonance imaging (MRI) scans to analyze the brain activation patterns of young people who saw themselves as a transgender.

Both adolescent boys and girls evaluated 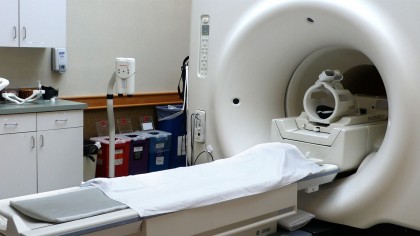 Furthermore, during a visual/spatial memory exercise, the adolescent girls showed a male-typical brain activation pattern. "Although more research is needed, we now have evidence that sexual differentiation of the brain differs in young people with GD, as they show functional brain characteristics that are typical of their desired gender," said Baker to Science Daily.

However, Baker's sample of participants was only about 150 people which means a larger sample would be needed for conclusive results. The team also plans to study the role of hormones during puberty on transgender people.

Baker hopes this will serve to better aid this marginalized community. "We will then be better equipped to support these young people, instead of just sending them to a psychiatrist and hoping that their distress will disappear spontaneously," Baker said.

A number of studies

Boston Children’s Hospital has revealed that the number of referrals for gender identity disorder has increased severely in recent years. The clinic that began treating patients in 1998 reported that by 2010 the number of transgender youths increased by a factor of four.

Sadly, the biggest survey of transgender people to date surveyed 6,450 individuals and reported that 40% had attempted suicide. The respondents reported being the victims of bullying and harassment with 61% physically assaulted and 64% sexually abused.

A 2010 study with 1,833 participants, however, did find that sex re-assignment improved quality of life in 80% of transgender people. The research found psychological symptoms improved in 78% of respondents.

As work continues to be done, one can only hope this population will one day find a safe and accepted place in the world. In the meantime, a number of hotlines are available for transgender people struggling with their condition and bullying.