A surgeon has admitted to marking livers of two patients with his initials during transplant surgery. He will be sentenced for the crimes on January 12.

A top British surgeon has pleaded guilty to marking his initials onto livers of two patients during transplant operations. Simon Bramhall appeared in a Birmingham court on Wednesday where he admitted two counts of assault by beating and not guilty to the more serious charges of assault occasioning actual bodily harm.

Bramhall used an argon beam, an instrument usually used to stop bleeding during operations, to sign his initials on his patient's livers. Marks left by argon beams during surgery are not considered to hinder the function of organs in any way and usually disappear over time. 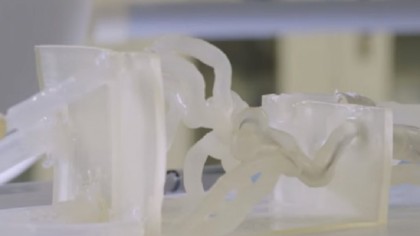 The well-known liver, spleen and pancreas surgeon was first suspended from his role as a consultant surgeon at Birmingham’s Queen Elizabeth hospital in 2013 after a fellow surgeon saw the initials on a follow-up surgery of a prior patient of Bramhall’s. The hospital conducted an internal investigation the following summer, Bramhall handed in his notice of resignation before the investigators could finish their task. He made a statement to the press at the time of his resignation saying: “I had a disciplinary meeting on 15 May. I was not dismissed,” he said. “I made the decision on 16 May I would hand in my notice. It is a bit raw and I have to move on.” He went on to say the marking of his initials had been a mistake.

Case is without precedent

Prosecutor Tony Badenoch QC described the case as both unusual and complex and made it that there was no legal precedent for the case. “It is factually, so far as we have been able to establish, without legal precedent in criminal law.” He went on to say, “The pleas of guilty now entered represent an acceptance that which he did was not just ethically wrong but criminally wrong. They reflect the fact that Dr Bramhall’s initialling on a patient’s liver was not an isolated incident but rather a repeated act on two occasions, requiring some skill and concentration. It was done in the presence of colleagues.” Bramhall was granted unconditional bail and will be sentenced on 12 January.

It isn’t the first time the surgeon has come under the media’s spotlight. In 2010 he made headlines after successfully completed a liver transplant using a liver that had been involved in a severe plane crash. The donated liver was traveling from Belfast to Birmingham when the private Cessna plane crashed on landing due to heavy fog. The liver was able to be rescued from the burning plane and rushed to the hospital for the surgery to take place. As news of his suspension broke in 2014, Bramhall's former patients rushed to his defense. Tracy Scriven had life-saving liver transplant surgery performed on her by Bramhall a decade ago and thinks his suspension was unnecessary. “Even if he did put his initials on a transplanted liver, is it really that bad?” she said. “I wouldn’t have cared if he did it to me. The man saved my life.”

Via: The Telegraph, Birmingham Mail