AT Black Knight: a truck-helicopter transformer

Advanced Tactics Inc. (AT) have just successfully completed their first test flight of the Black Knight Transformer - quite literally half-truck half-helicopter. The design has definitely earned the Transformer title as it fuses the vertical take off and landing (VTOL) abilities of a helicopter and the off road driving capabilities of a truck. The development of the Black Knight has been focusing on meeting the requirements of the U.S. military for a new evacuation vehicle. Oh and one more point we missed out... it's remote controlled. 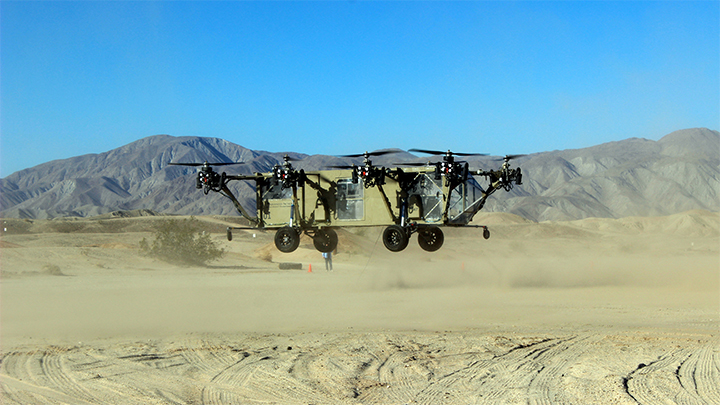 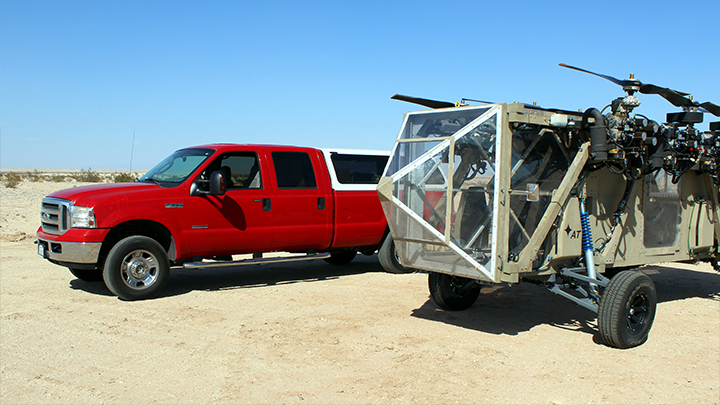 The vehicle has been in development since 2010 and in March 2014, it completed its first remote controlled test flight in South California. Of course, this half-helicopter half-truck can also be manually controlled by an on-board pilot. Test flights only took the Transformer to a hovering height of 3m for safety regulations of course, however, design claims say that it should be able to hover at altitudes of 10 000ft (3050m) and weighs in at 1995kg. Other safety equipment was in place during the tests such as an emergency shut-down cable attached to the underside, however tests went smoothly and precautions were not put to use.

It offers multiple uses such as cargo delivery and also aims to fulfill the U.S. military desire for a 'multi-mission medical and casualty evacuation unmanned air vehicle/unmanned ground vehicle', according to Pop Science. An American government study on medical evacuation concluded that the use of robots in military missions will allow for casualty evacuations in areas and times that manned platforms should not operate in, such as 'zero-zero' weather and contaminated environments. 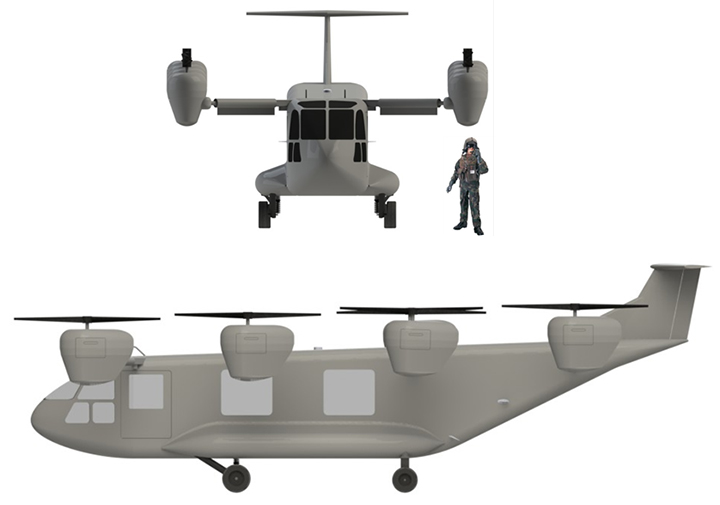 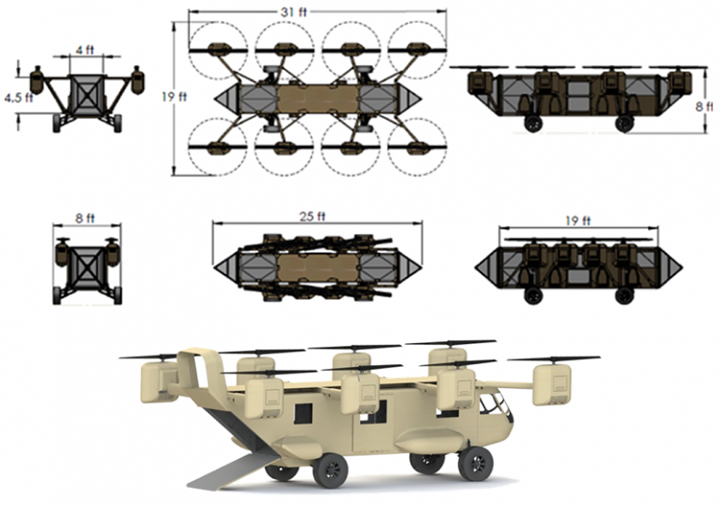 Measuring 9.5 x 5.8 x 2.5 m (L x W x H) it has 8 seperate rotors that offer stability and control by managing the differential thrust between them calculated by a high-speed computerised feedback control system. This eliminates both the mechanical complexity and cost of the articulated rotor system that stabilizes and controls a conventional helicopter and the need for a for a tail-rotor or engine transmission. The large interior space also offers the ability to carry a large delivery in terms of volume.

When the vehice gets into truck mode the rotors fold in, providing a more stable center of gravity for driving purposes and also making it small enough to fit into a C-130 Hercules. It has an on land top speed of 70mph and has automotive suspension, a drive-train and tyres similar to those you would find on large off-road vehicles and the suspension also doubles up as a shock absorber for landing purposes.